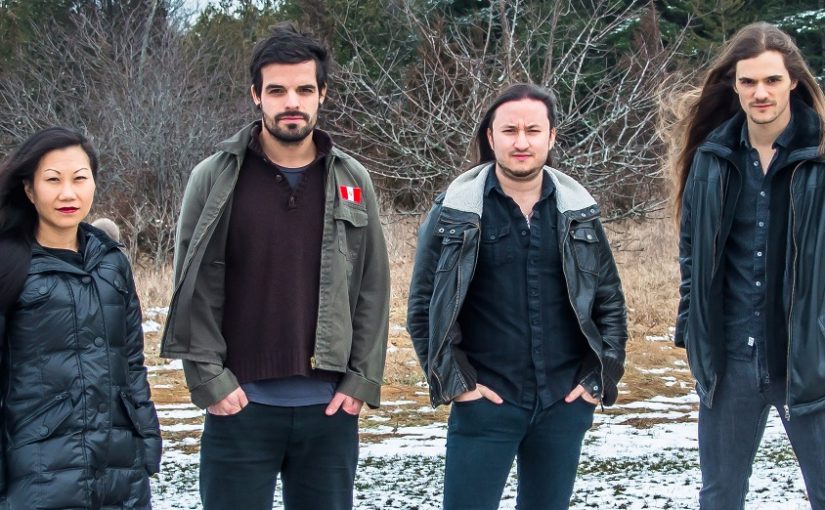 Canadian melodic proggers SLYDE have streamed another track from their upcoming EP Back Again, due February 17.

Listen to the track of the same name here:

First premiered on Invisible Oranges, the track is another tantalising listen of the band’s talents ahead of their new release. For fans of Haken, Rush, Dream Theater and more, Slyde are back after a two-year hiatus and a new line-up. Driven by the clean vocals of frontman Nathan Da Silva and the powering keyboards of Sarah Westbrook, Back Again is a fitting return to form from this beguiling four-piece.

Four tracks of virtuosic contrapuntal songwriting exploring the relationship between environmentalism and sci-fi, Back Again is a fantastically entertaining listen. Ear-catching for any fan of technically-minded melodic prog rock, Slyde are a band who before their hiatus played over 150 shows on the Eastern Canadian circuit, including shows with Protest the Hero and at Canadian Music Week (2013), IndieWeek (2011-2013), and Wacken Metal Battle (2013).