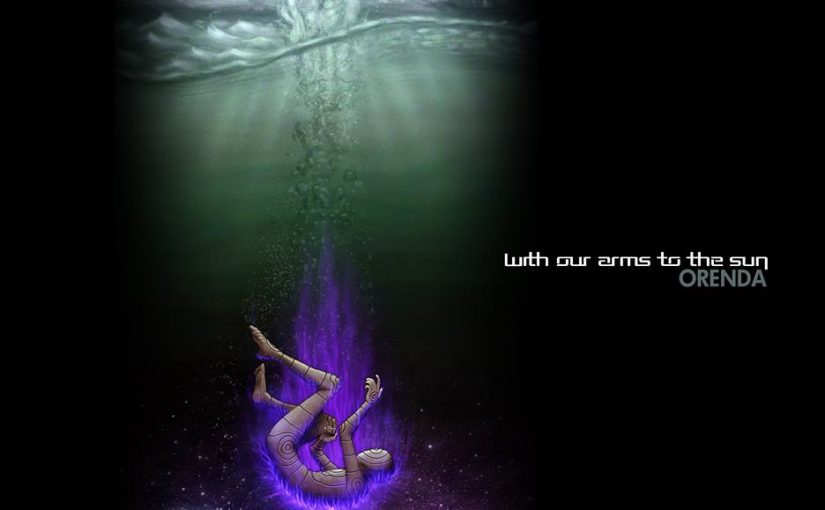 With Our Arms to the Sun is a rock band formed in the desert of Arizona. Their live shows are unique and emotional, bringing back the energy of the punk rock and grunge bands of the past who used to play to basements and art galleries packed full of kids. The music is cinematic and expressive with elements of conceptual album rock and modern electronics.

Orenda n. [aw-ren-duh]
1.           A supernatural force believed by the Iroquois Indians to be present, in varying degrees, in all objects or persons, and to be the spiritual force by which human accomplishment is attained or accounted for.

A dormant potential to create exists within all human beings. It unconsciously binds the species at large. Most people just never unlock it. With Our Arms To The Sun examine that precious and potent power on their 2016 full-length concept album, ‘Orenda’ [Fade To Silence Records]. Painting in hues of rock, alternative, and metal, their cinematic sound blankets a curious canvas of Arizona Desert, weaving together a sonic journey to self-actualization for the quartet—Josh Breckenridge [vocals, guitar], Joseph Leary [guitar, programming], Joseph Breckenridge [bass], and John McLucas [drums].

“Orenda is that hidden power inside all of us,” says Josh. “The character in the album is discovering it. You can’t really transcend your own ego, shadow, or bullshit unless you make a connection with what whatever that obstacle is inside of you, eliminate it, and move past it. That’s what the new music is about.”

The band arrived at this narrative following a whirlwind of touring behind 2014’s independently released ‘A Far Away Wonder’. Loudwire began championing the album very early on, spotlighting the underground group on an international scale. The site named ‘A Far Away Wonder’ one of the “20 Best Metal Albums of 2014” and “Tessellation” one of the “20 Best Metal Songs of 2014,” admitting to being “captivated at first listen.” As buzz grew, the group landed tours with the likes of virtuoso guitarist John 5 [Rob Zombie, Marilyn Manson] and Mushroomhead in addition to joining Tool, Primus, and Coheed & Cambria at the Monster Mash Festival in Phoenix.  In early 2016, the group retreated to Los Angeles with a batch of demos and began pre-production on what would become ‘Orenda’ with legendary The Melvins founder Buzz Osborne.

“When we sat down with Buzz, it was a lot of refinement,” recalls Josh. “Having somebody who’s made a zillion albums listen to the ideas and give suggestions was invaluable. He’s a pretty brilliant dude, and he had some really wonderful ideas. We pieced it together from there.”

“Working with With Our Arms To The Sun was refreshing,” adds Buzz. “They were receptive to my ideas, which doesn’t always happen. They were incredibly hard workers, and I think the results speaks for themselves.”

Josh and his bandmates holed up in a rental house “in the middle of nowhere Arizona” to track the music. They emerged with the 10 songs comprising ‘Orenda’. The first single “Macrocosm – Prometheus” begins with a warbling moan reminiscent of Alien before a clean guitar takes hold. Propelled by artful percussion, the hazy six-string swell rises into thunderous distortion and an overpowering chant.

“It looks at the microcosm and macrocosm dichotomy,” he explains. “If you look at the universe and how huge it is, it’s this giant macrocosm. As human beings, we are a tiny microcosm of that macrocosm. Everything repeats itself in a beautiful outward pattern. The song is about the character coming to that realization he’s a piece of something bigger.”

Opener “Disdain” outlines the protagonist’s frustration under a gust of wind, typing, and ominous riff punctuated by Josh’s screams. “This guy is referencing a lot of the stupid shit he’s seeing around him in the world,” he continues. “I thought it would set the tone perfectly for someone who feels confused, disoriented, angry, and bitter.”

Everything culminates on “Homebound.” Amidst samples of loggers chopping down trees, the soundscape converges on one final melodic catharsis.

“That’s a conclusion of transcendence,” states Josh. “He makes an exodus off this planet and out of this world. We all agreed this was the perfect ending.”

Ultimately, ‘Orenda’ hints at something universal and essential.

“We wanted to create a record that was more than just background music or a cog-in-the-machine,” he leaves off. “You can wrap your brain around it. It’s about going on that ride together.”

Full details of the pledge-music campaign can be found here:

With Our Arms To The Sun – ‘Orenda’ – Pledge-Music

Here is a live version of ‘Disdain’ from the forthcoming album ‘Orenda’.