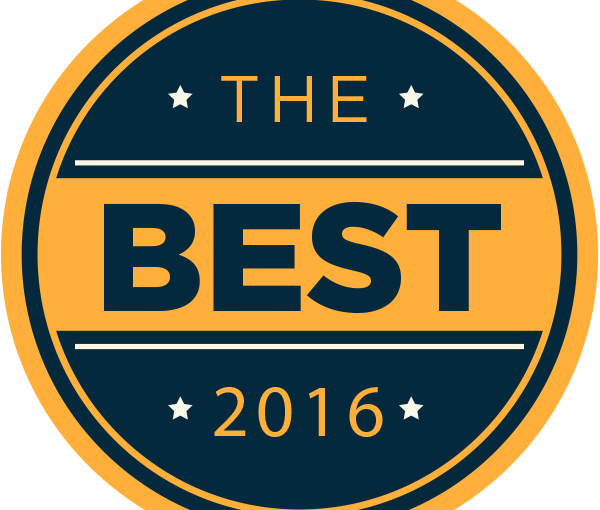 Emma’s 10 for the year November 2015 to November 2016. It’s difficult to select 10 out of a whole year of frankly remarkable music. This selection is based on what I have listened to outside my radio show and reviewing schedule. No doubt I will change it in 2 days or more but this is the list as I type the words. I have looked at the albums I have played most at home or in the car since I acquired them. I apologise to any I have omitted but 10 is 10 and there has to be a line. It is not because the quality is less but more that these albums have spoken to me more than others. I think it is representative of what the year has given us musically from the independent sector to the ones with recording deals. Red Bazar – Tales From The Bookcase

What can be said about this out of the Blue album that already hasn’t? A good instrumental band gets access to a vocal talent in the extreme that is a bit of a musical polymath. You get the final ingredient they needed. You get a collection of storytelling songs that bode well for the future of good solid melodic Progressive rock that is a delight to ears. Steve Thorne – Island of the Imbeciles

Brooding, insightful, dark and political, no, not my facebook posts but Mr Thorne’s latest output. I have returned to this album again and again this year.  He captured the zeitgeist so well in this album. The songs stand up to repeated listening and are musically outstanding as well as lyrically. He has the ability for the melancholic which suits me down to the ground. One of my more oddball, leftfield choices for the Prog scene, their publicist asked me to give it a listen and I duly obliged. What hit me straight away is the desire to just follow their path no matter what genre they were placed in by others. This is high energy music where a Gothic mentality meets Prog avante guard and adds a little Lana Del Rey. Yet it is all about the song not the ability to play. It’s dark and seedy, the world of Birdeatsbaby but worth a visit. Adam changes a band name and then gets a band to make an album by a band rather than a solo project with musicians helping. It’s a jump in maturity for the song writing and although not an actual concept it is a thematic album on the “Human Condition”. I look forward to seeing this album brought to life on stage live.

This is Neo prog in its finest tradition. I played a track from this to a fellow DJ at Progzilla Radio and he was blown away in a fit of nostalgia for the days of a renown pub in Walthamstow. It is neo Prog of the highest standard. Full on, no holds barred and unashamed in where it comes from and long may it remain so. Under A Banner – TheWild Places

If you have ever seen New Model Army or the Pogues then you’ll have some idea of the passion and power in this music. Add a strong political lyrical undercurrent and a joyous love of the music with a progressive ideology then you get a vague idea of what the music is all about but you must listen to the album to get the impact. It felt like a slap in the face. The raw power yet the sophisticated arrangements and music. Despite coming from a strong folk tradition it screams ‘hear me and be stirred’. We Are Kin come out with a second album on Bad Elephant Music. The previous album was a studio project using musicians to add to the core tracks of the composers and was not really designed for live performance and, as such, felt like a studio project, a good one, but it was more of a compositional process.  ‘…and I know… feels like a band has gone into a studio and a written and album together. The flow and format gives strength and depth. They are part of an up and coming group of new “Prog” outfits coming up that give me hope for the future of music in general not just the progressive scene. I have said it before but, like Dylan’s backing group stepping out from behind the star to take centre stage (as an independent band writing their own music and doing a great job), TILT have stepped up from being behind that talented  behemoth Fish and found another amazing vocal talent and given freedom to some amazing power prog that any band would be proud of making. I need to see these guys live and Prog Dreams seems like a great festival to do it. A truly artistically independent effort, Gordon and Nathan live over 250 miles apart, one close to the wilds of Yorkshire moors and the other in Dartmoor. These places form a cornerstone of their inspiration and writing. This album I reviewed for Progradar when it came out and was knocked back that not only was this album being given freely but also the rest of their catalogue was free too. Very well written and produced storytelling of a high standard. Classic Prog coming from the local mythology of both localities this is music that needs a wide audience. The perpetually busy Mr Machin gets the time to write his own stuff and put out an album that feels considerably mature and still full of the passion and energy only the young seem to be able to maintain. I am a fan of great musicianship but never at the cost of the music. Maschine strike this balance very well indeed.  This is another thematic album this one on the struggle between man and the natural world. The future of Prog is in safe hands.

I suppose I should state the struggle I had getting these 10 from the amazing releases that 2016 has had has been huge.  The list of bands not in here because of making my criteria so strict is immense – Cosmograf, Opeth , I am The  Manic Whale,  Kate Bush,  Verbal Delirium, Marillion, Steven Wilson, Van Der Graaf  Generator, Twice Bitten, jH , The Tirith etc etc etc . These albums in my selection have the highest personal play numbers of any others in my list. I commend you to try them but also do not be afraid to listen to an album from any act despite having never heard of them. With streaming from most sites now like Bandcamp you can try before you buy.  Go on you know you want to.