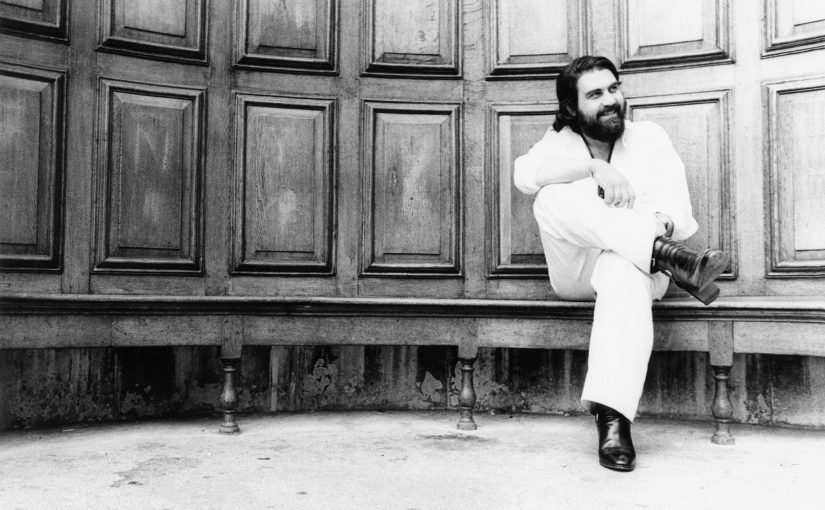 Modern music visionary Vangelis has announced the release on 3rd February of a new 13-disc box set entitled “Delectus,” featuring a chosen selection of his early discographic work.  The mammoth collection will include all of his albums on Vertigo and Polydor, recently signed by Universal and remastered for the first time ever under the legendary composer’s own supervision.

Presented in a lavish box with an essay and a plethora of rare photographs, the discs are housed in two die-cut, gatefold disc holders within a rigid 242mm square slipcase, and accompanied by a 64-page book illustrating a period of his prolific career of the iconic Maestro.

“I always welcome remastering my old work for two basic reasons” – explains Vangelis – “firstly, I get the opportunity to bring the sounds to today’s standards, secondly, it gives me the chance to go through the experiences and memories of the time.”

Vangelis is regarded a pioneer in the evolution of modern music.  In his lustrous discographic career he has composed and performed numerous albums covering the most diverse assortment of genres. He is most popular for his movie scores including Antarctica, Blade Runner, Missing, 1492: Conquest of Paradise, Alexander and the 1981 Academy Award-winning soundtrack for Chariots of Fire.  ‘Titles’, the theme for ‘Chariots of Fire’, was later chosen as background to the 2012 Olympics winners’ medal presentation ceremonies.

Six years after turning down the opportunity to join Yes, Vangelis joined forces with Jon Anderson in 1981 and the duo released 3 albums under the Jon & Vangelis moniker to critical acclaim. “The Friends of Mr Cairo” included celebrated single “State of Independence”, which also reached chart success with its 1982 cover by Donna Summer and again in 1992 with a Moodswings version featuring Chrissie Hynde released as “Spiritual High (State of Independence) Pt. II”.

Vangelis’ pioneering work is recognised beyond record sales and music awards. In 1992, the Maestro was nominated Chevalier de L’ordre des Arts et des Lettres, and in 2001 Chevalier de la Légion d’Honneur from the President of French Republic.  He was the recipient of a Public Service Medal from NASA in 2003 and had a star named after him by the International Astronomical Union’s Minor Planet Center at the Smithsonian Astrophysical Observatory for the international impact and appreciation of his work as well as his rapport with the Universe.  In 2008 Vangelis received the America Hellenic Institute “Hellenic Heritage Achievement Award” for his exceptional musical achievements and lifelong dedication to the promotion of Hellenism through the arts.  The same year he also received an honorary doctorate at the University of Athens – Faculty of Primary Education and in 2009 he received the University of Patras Greece Honorary Doctor/Professor Emeritus of the Faculty of Physics. Both old and new fans who enjoyed Vangelis’s space-centered album “Rosetta” – won’t miss the opportunity to own some of the Maestro’s most groundbreaking work, remastered from the original first generation master tapes, all in an attractive and informative package. “Delectus” is out on 3rd February through all usual retailers.

You can pre-order the box set here:  https://Vangelis.lnk.to/Delectus