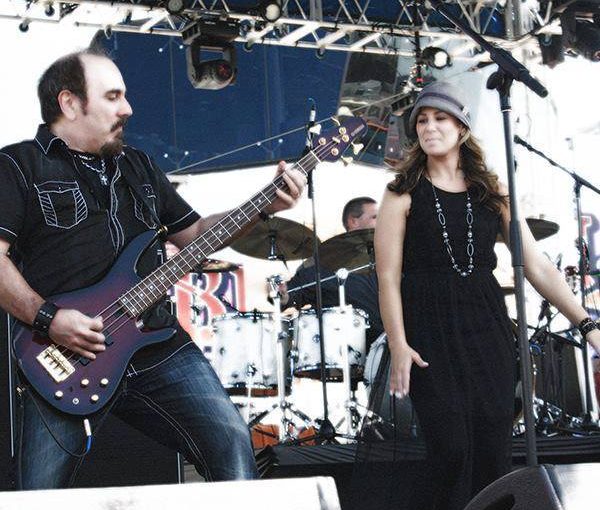 Glass Hammer are due to release their 18th studio album, ‘Valkyrie’, in September and I managed to grab a few words with main man Steve Babb and vocalist Susie Bogdanowicz.

The follow up to last year’s ‘The Breaking of the World’ is a concept album in the vein of ‘Lex Rex’ and ‘The Inconsolable Secret’ and will see Bogdanowicz take a bigger role than on previous releases she has appeared on.

“Fred and I both contribute lead vocals on the album. The lyrics of ‘Valkyrie’ were, for the most part, intentionally written so that the female lead would gradually come to the fore. To my ears the whole thing has more impact that way. The male vocals tend to convey the darker parts of the story while Susie really had to bring out the more emotional moments and the hopefulness that our albums tend to convey.”

The concept behind the album is the struggle of a soldier’s return home from the horrors of war, to the girl that loves and who must ultimately find her way to him.

When asked what it was like to to create a concept album with Glass Hammer, Susie went on to say,

“I really enjoy seeing the creative process behind a Glass Hammer concept album. There’s the beauty and complexity of the songs written with these musical threads that unite the album; and then there are these gorgeous lyrics that usually have a much deeper meaning. It’s such a rich and fulfilling experience.”

The stunning album art is by Michal Xaay Loranc who also handled the design for ‘Ode To Echo’ and ‘The Breaking Of The World’.

The tracklist for ‘Valkyrie’, released 27th September, is as follows: