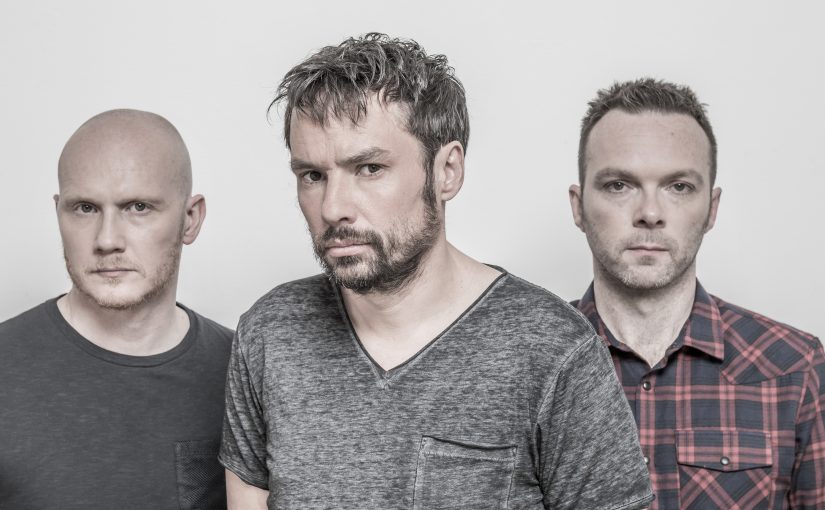 The Pineapple Thief have revealed the first full track, entitled “No Man’s Land”  from their highly anticipated new album – Your Wilderness due for release on the 12th August  (19th August in France) through Kscope .

“This is the first track to share from our new album, Your Wilderness.  It is a tale of two halves.  It’s short but progressive and 100% The Pineapple Thief” Bruce Soord

Your Wilderness, their 11th studio album, showcases the band performing without any inhibitions providing a springboard for the ongoing creative growth of The Pineapple Thief.

For the first time, The Pineapple Thief has brought in several special guest performers. “Since our last album Magnolia, the most eye catching change is obviously having Gavin Harrison (Porcupine Tree) contribute drums throughout the album” explains Bruce Soord.  “This has not only redefined our sound but also redefined how we approached the songs as a band.  Gavin’s drumming is technically brilliant but also incredibly musical, and it inspired all of us to raise our game.  I’ve also rediscovered my progressive roots in terms of song-writing and arrangement.  Added to that, we were lucky enough to have John Helliwell from Supertramp contribute some beautiful clarinet parts and Geoffrey Richardson (Caravan) provided a string quartet. We were also joined by a lovely 4 piece choir and to cap it all off, my friend Darran Charles (Godsticks) added some jaw dropping guitar playing… You’ve never heard a The Pineapple Thief album like this one!  I am convinced people will love this record as much as we do.”

Your Wilderness was recorded entirely by the band with the exception of the drums, which Gavin Harrison produced & engineered at his own studio. The string quartet which was recorded at Geoffrey’s own studio in Canterbury. The album was mixed and produced by Bruce Soord and Steve Kitch with mastering duties also carried out by Steve. There will be a special lossless 5.1 surround mix available with the special edition mixed by Bruce.

Seen as one of the most vital rock bands the UK has produced over the last two decades, The Pineapple Thief was formed in 1999 by founder and chief songwriter Bruce Soord. The band has steadily evolved and refined its sound with the bass playing of Jon Sykes and the production and keyboards of Steve Kitch now so integral to the sound.  “After so many years, The Pineapple Thief has become way bigger than the sum of its parts.” explains Soord.

The Pineapple Thief will be playing Be Prog My Friend Festival in Barcelona, Spain on 1st July and is currently booking a European tour for late 2016 and planning live shows in USA / Canada.

Your Wilderness will be released by Kscope on the following formats:

All formats are now available to pre-order: