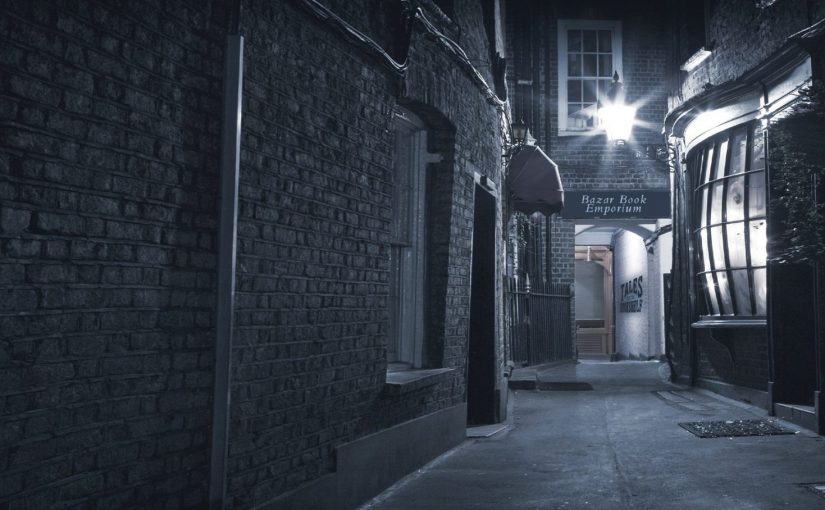 “A good marriage winds up as a meeting of minds, which had better be pretty good to start with.

When minds meet, they don’t just exchange facts: they transform them, reshape them, draw different implications from them, and engage in new trains of thought.”

I know, you’re wondering what the heck am I going on about now but please lend me your ears and I shall explain….

When I heard that the instrumental progressive rock of Red Bazar was courting the vocal and lyrical talents of a certain Peter Jones of Tiger Moth Tales fame I, being a natural optimist, was certain it would be a glorious union.

I’d listened to the odd track or two from Red Bazar and had always been impressed by what I’d heard and, as for Peter, I’m sure you know I am a long term fan of this mercurial musician (and very nice bloke).

But, as well as successful accords, history is littered with stories of disastrous tie-ups, now you could bet your house on this joining together of musical marvels being a success, however, until you hear the material of the new partnership, you can never know for sure….. Red Bazar formed in 2007 with Andy Wilson on guitar, Paul Comerie on Drums and Mick Wilson on bass and keyboards.  The trio released their debut album in 2008, ‘Connections’ which was an instrumental album.  It was very well received by the prog world and garnered excellent reviews from around the world.

The following year they started work writing and recording the follow up album ‘Differential Being’ which again was an instrumental album. The album was released in 2010 and this too received excellent reviews and saw the band move forward, making a video to the first track (Paragon) from the album  and undertaking a series of gigs.

The band’s next release was a three track EP ‘After The Ice Storm’ released in 2013.  This used more keyboards, allowing them to create a wider variety of sounds.  The EP also received glowing reviews.l

The use of more keyboards made it difficult for the band to play live as Mick was juggling between keyboards and bass, so the band took the decision to find a keyboard player.  After a long search and many auditions, along came Gary Marsh.  He was perfect and was promptly added to the band’s line-up towards the end of 2013.

“Peter Jones, attended a Red Bazar gig in Nottingham and suggested if we ever wanted to try some vocals he’d be ‘up for it’”, explains Andy. “We sent him a track and were really impressed with the lyrics and melodies. The rest, as they say……is history.”

Through 2014 and 2015 the band wrote and recorded the songs for ‘Tales from the Bookcase’ which is a collection of musical stories, many of which are based on Pete’s favorite books, with him providing the lyrics for all of the tracks except one, Sunset For A New World.

By jove, they do love irony these rock bands, let’s laud the fact we now have a vocalist and start the new album with an instrumental! Actually In The Beginning is a rather fine opening to this new release with its slow burning feeling and ramping up of anticipation. Andy Wilson’s guitar is the lead here, ably assisted by the other musicians and setting the scene perfectly for Queen Of The Night Pt.1. A heavy riff opens the track with pounding drums and a tasty bass line before the distinctive voice of Peter Jones adds a edgy tone. Moving away from his usual progressive tinged vocal, Peter gets to rock out a bit more on this song and you get the impression that he’s really enjoying it. The punchy guitar and dynamic drums drive the track along giving it an added impetus before the laid back interludes where Peter’s voice takes centre stage amid a tug of war between dark and light where he takes on two distinctive characters with his clever invectives. The inventive music can, on one side, lull you into a feeling of goodwill and yet, on the other, leave you feeling like you’ve been run over by a force of nature. The next track is a particular highlight for me, Calling Her On is an almost perfect symbiosis of Peter’s Tiger Moth Tales persona and the inherent brilliance of the original musical quartet. A delightfully subdued opening where the vocals lay the foundations of the story is quite captivating, a gentle tranquility amid a hectic world. As expected, it doesn’t last forever as a sweeping riff demands your attention, the compelling rhythm section urging, the vocals taking on a pressing tone. The central part of the song opens up with Andy’s expansive guitar solo, one that carries you away on a wave of emotion. He’s always been a master storyteller Peter Jones and his new partners in crime just add to his skills as a troubadour of note on this compelling musical tapestry, a journey that twists and turns dragging you along with it as a willing victim, the mellow, unhurried closing out of the track soothing your troubled soul.

Peter is a well known Genesis fan and City And The Stars has that revered prog rock band written large all over it. The gentle introduction with the Gabrielesque vocal and the Tony Banks inspired keyboards is inspired and the rest of the track does not let you down in any way. The guitar playing is sublime, the drums are smooth as you like and the bass is suave and sophisticated. It all leaves you cocooned in the nostalgic, whimsical 70’s bubble from which you never want to leave as it paints pictures in your mind. There is an undercurrent of despair deep at the core of this powerful song though and the longer it goes on that feeling of being safe and secluded drifts away. Intelligent songwriting delivers quite a profound tale and one of which we should surely take note. Andy Wilson delivers another coruscating guitar solo of note and you are left with a slightly hollow feeling of wistfulness. Lights Of Home is the centrepiece of the album and is a track of intricate sensibilities amid a story of endurance and bravery. The opening is busy and engrossing with a percussive riff and Paul Comerie’s abilities as a drummer are brought well to the fore, aided and abetted admirably by Mick Wilson’s driving bass. This guy has inherent brilliance behind the kit and it is allowed to shine here. There’s an impatient, restless quality to the song, never settling, an urgency that you feel through the impressive musicians and the vocals add direction to that verve. A lull in proceedings midway through allows you to gather your thoughts on the scenario before you and then a brilliant guitar solo creeps into your mind, the guitar seemingly piercing your very being, Gary Marsh adding the distinctive panache of his keyboards. A track epic in scope and delivery and one that stays in your mind long after it has come to a close. There’s something really addictive about the guitar theme that runs through Sunset For A New World, something that gets under your skin and into your very soul. I can’t describe it exactly but I really like the feeling it engenders as it meanders along, captivating and beguiling. The intricate drumming and ever so polished bass line just add to this feeling of uber-cool jazziness that runs throughout this high-class track. Peter’s vocals are heartfelt and fervent and give the song a feeling of perfection and rightness. The pent-up emotion that erupts out of Andy’s guitar on the evocative solo is amazing to behold and, added to the dapper keys, adds that final veneer of elegance to what is a really excellent piece of music. The darkest track on the album and one that deals with Peter’s own previous battles with depression, Almost Over begins in a solemn and restrained manner, building the scene gradually. Peter’s voice has a more hushed tone and there is a muted feeling that overshadows everything before a dark riff strikes out. There’s an intentionally oppressive tone to the song, one that provokes an aura of despair and anguish. Long gone are the jolly themes and jocular tones of Tiger Moth Tales’ ‘Storytellers’ yet the song is still as persuasive as any other on this release, even the the guitar solo has a slightly ambiguous and obscure feel to it. Despite the darkness inherent in the track’s theme it does seem to, finally, come to a more optimistic close, there is hope to be found inside your own mind.

The final track on the album is the conclusion to the first, Queen Of The Night Pt2. revisiting musical and lyrical themes originally explored in the opening track. A more refined opening with a staccato riff backing Jones’ dulcet tones as the scene is described in detail. Occasional glimpses of the heavy riff prevalent on Pt1. tie the two tracks together. You must listen to the decidedly impressive lyrics  as they add not a little weight to the music and Peter Jones must be one of the pre-eminent lyricists at large today in the world of progressive music, if not the whole music industry. Listen to the superb nuances in the bass, drums and keyboards with their jazzy feel and the charismatic guitar that seems to glow with a life of its own, there is an organic quality to the music that gives it a unique tactility. The song opens into a huge soundscape that entrances and delights in equal measure, an infinite depth that becomes almost primordial and elemental and, as it fades to a close, one that has captured your very soul.

The addition of an artist of the calibre of Peter Jones to the already impressive musicians in Red Bazar always had the potential to create a new force in the world of progressive music, the question was how good would they actually be? Well my friends I can answer that firmly in the positive. ‘Tales From The Bookcase’ is a new classic to my ears and an album that should be in any discerning fans collection, roll on the next one!

Buy ‘Tales From The Bookcase’ from White Night Records