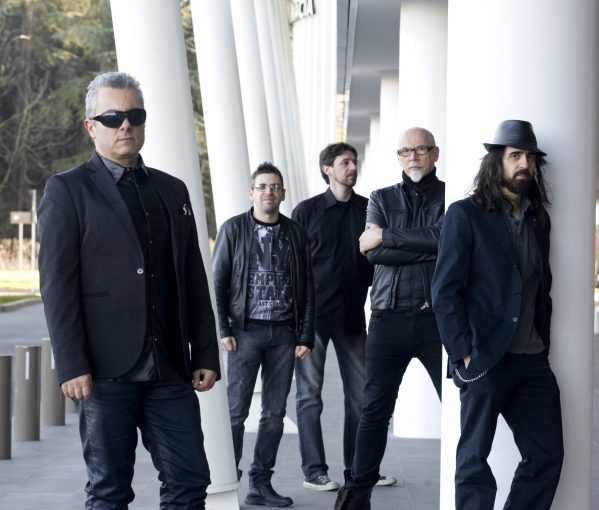 Alex Carpani – So Close, So Far

“Incommunicability increases distances between people, self-alienation increases the isolation of an individual from the rest of the world and technology can enable dramatic consequences to happen. However human beings have the power to avoid all these things by listening to their heart and living their real lives first. “

The above paragraph lays out the thematic concept at the heart of ‘So Close. So Far.’, the fourth album from Italian progressive rock artist Alex Carpani.  It’s a topic that seems to inspire a lot of musicians in our social media-fueled world of the 21st century.   A world more connected then ever (So Close), but really a facade, an illusion flickering from millions of handheld devices (So Far).  But unlike many albums that broach this topic, the mood flowing throughout these catchy, melodic songs is one of hope.

‘So Close. So Far.’ is a significant departure from the previous album ‘4 Destinies’.  Whereas that album was comprised of four epic-length compositions, this time out the focus has been tightened into brief (by progressive rock standards anyway) melodic rockers that should appeal to fans of IQ and mid-period Porcupine Tree. The album is beautifully produced by Alex Carpani with the mix by Marco Barusso, dynamic and spacious and a real treat for the ears in a time when far too many albums are compressed and abrasively harsh.   The performances are uniformly excellent; Alex Carpani (keyboards, programming and vocals), Ettore Salati (guitar), Joe Sal (vocals & additional guitar), Giambattista Giorgi (bass) and Martin Malacrida (drums).  The arrangements are tasteful, tightly reined in and tailored to highlight the consistently accessible songs.

The album is overflowing with earworms and several tracks would make excellent singles.  Man On Wire gets stuck in my head for hours, it’s a simple driving 4/4 with a killer chorus hook that just latches on and won’t let go.  Let My Drop Of Sweat Fall Down is a gorgeous pop song with a huge, lush chorus and Crystal Falls is a Neo-Prog gem that would actually work quite well on a dance floor.  The whole album flows together beautifully; it’s a concise 51 minutes that just breezes by.

My favorite song is Stay With Me which has an extended instrumental section in the middle (despite still clocking in at only 4 minutes) that really shows off Carpani’s tasteful layering of disparate keyboard sounds, it’s a lovely combination of synth, organ and piano. Overall this is a fairly straight-ahead melodic rock album, the ties to “Prog” are more textural, more about the sophistication of the arrangements and quality of musicianship.  Personally, I usually tend to lean more toward the experimental, bands that stretch out and improvise.  But ‘So Close. So Far.’ is so lovingly conceived, so well written and arranged that it’s a most pleasant exception.

Buy So Close. So Far. from Amazon