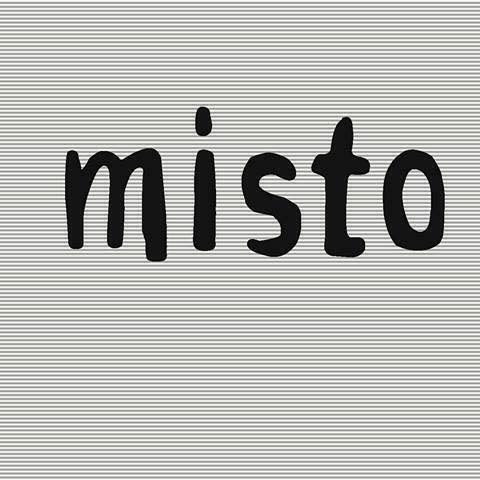 Sometimes I doubt the validity of my Progradar endeavours, am I really any good as a writer?, can I do the music justice? Then I get messages from people actually asking for me to write a review of their music so I must be doing something right, yes?

This time is was a direct message to the facebook page from Italian post-rock/instrumental one man band Mirko Viscuso requesting my journalistic services.

Mirko, who hails from Genoa, writes and performs under the pseudonym of Misto, he’s mainly a guitarist who, after playing for several years with different bands, decided to produce a solo record. It is a 20 minute instrumental post rock work inspired by bands such as This Will Destroy You, Explosions in the Sky and 65daysofstatic. It has a touch of prog sounds mixed with a sort of ‘Aphex Twin’ style electronic influence.

So, not much to go on but, as you may be aware, I do like my instrumental music, be it prog, post-rock or otherwise. Let’s give it a spin shall we? Intro // Sleepy Eyes is a short, laid back gently meandering piece of music that actually does make you feel like you have just woken up to a gloriously sunny world, ready to take on anything that comes your way. The mellow tone of the guitar is quite peaceful and mesmerising, a nice start to the album.

The second track, Felixstowe, is the one that really caught my ear, a brilliant, undulating instrumental that glides along smoothly with its fairly fast paced guitar and delicate percussion. Wistful and a touch nostalgic, I really felt a connection with this track, especially with the string like synthesisers.

I Dreamt Of A Thousand Airplanes raises the bar even higher. The tinkling and jangling guitars leave you fixated on heir sound as they dance around your mind. It is a really captivating and addictive track that hooks you in as it increases in tempo, the percussive element making it almost seem like a train running along a track. You find yourself mesmerised by its hypnotic charms, the further you get into this little gem of a release, the more you get out of it. Interlude // Satan seems like an intentional and intensive clash to the good feeling of the previous tracks. It has a harsher tone and sharp edges compared to the soft and rounded fluidity of the rest of the album, like a musical palate cleanser.

The next track belies its title, The World Is An Ugly Place To Live is not an ugly song. It has a beauty deep at its core in its calm and collected demeanour. Yes, there is perhaps a longing to be felt in the haunting refrains but there is dignity in its elegant deportment. Touches of heartfelt melancholy drift in and out of the earnestly tender music, electronic beats being the only discord, it is a beauty that could virtually break your heart.

Fring is the closing track on this little masterpiece and it, once again, opens your heart and mind to the delicate grace and refinement of the music on offer. The gentle dissonance of the guitars combines with some elegant percussion to give an overwhelming feeling of goodwill and calm serenity. It does seem to have a more grown up and mature feel at times, perhaps bemoaning a lost musical childhood but it still resonates with you on all levels.

Mirko has some delicate sensibilities to his musical endeavour and it appeals to me on a subliminal level, ultimately I feel relaxed and as one with the world as I listen to this beauteous offering. Trust me, you should do yourselves a favour and listen to it too.

Buy ‘Infinite Mirrors’ from bandcamp as a ‘name your price’ download