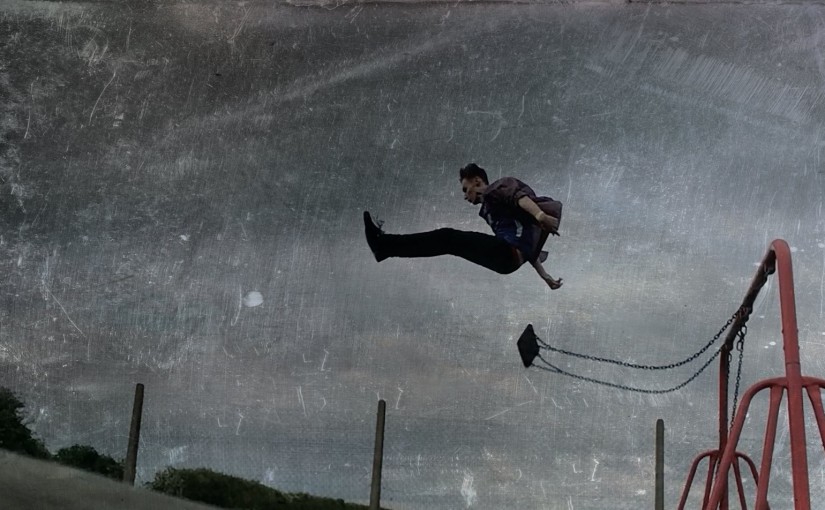 Music has long been a mechanism for storytelling and the broad church of the Prog scene has it’s fair share of these tellers of tales. Some tell tales of ancient mythology, others speak of tales from the nursery; some speak of dystopian futures while Jump speak of a real world of toil, strife and pain but still retain a joy of living. They are truly progressive but not by creating some ‘new’ sound or feel but by drawing together a whole cadre of musical styles and yet. make it sound like themselves and not a mash up or a messy sound.

Certain musical journalists have gone on record as saying that this is nothing new or ground breaking, I disagree with them in that prog music is not always about being ground breaking and shattering barriers. I would say that it is about evolving as musicians and travelling on your own journey, bringing people along with you on that journey and giving pleasure.

The 15th album from the band that is Jump is the end of a long line of product developed over 26 years. This album has been anticipated by fans of the band for some time now. Many of the songs have been in the live set for a while and, as such, will be instantly familiar to those fans. The worry that the translation from live performance to studio recording could take some of the gloss off the songs is quickly destroyed after one listen of the album. ‘Black Pilgrim’, the last studio album, was rooted in folk tradition. It suited John Dexter Jones’ vocal style like a glove. ‘Over The Top’ brings them to a more rock based feel but it does not feel like a backward step. The overall feel of the album is one of a wide variety of musical styles gathered together from a long period of writing. The benefit of this is that the quality is consistently high across the album yet it does not feel like a disparate collection of music that has been cobbled together.

First, the familiar tracks that have been promised. The Wreck of the St Marie has been a live track in the set for over a year, a tale of wreckers off the coast of Anglesey based on a true story of the Royal Charter. The drama of storms and the deliberate wrecking of a cargo of gold treasure and pillage. This is a masterpiece of storytelling that Jump are so good at you can feel the time the place and event happening  as song unfolds.

Fast forward to Johnny V. We all had a Johnny V in our lives, the one guy that seemed to have an almost telepathic connection to what was the great music of the time. The prophet who you knew would keep you right with music. The story of his passing and the celebration of Twisted Sister in the cathedral as he shifts off this mortal coil is strangely fitting in a time when more of our heroes have crossed the veil recently.

The album crosses the centuries like a time lord ‘Jumping’ from one historical event to another with ease. The title track Over The Top personalises the story of a father and his son in WW1 and the sacrificial lambs that generation became in the 1914-18 ‘war to end all wars’.

50 is a real rock out and feels to me like a railing against the aging process and a demand to not give in to the ravages of aging.

Overall this is an accessible album full songs that Jump fans will enjoy but, I think, if you have never heard of Jump as a band then this is a great introduction  to find out what they are about. You won’t get a revolutionary new sound or style but, I believe there are no new styles to found anyway, just reconfigured old ones. If you like music that has melody and some sing-along choruses along with the great story telling tradition of the Bard this is for you.

Buy ‘Over The Top’ direct from bandcamp