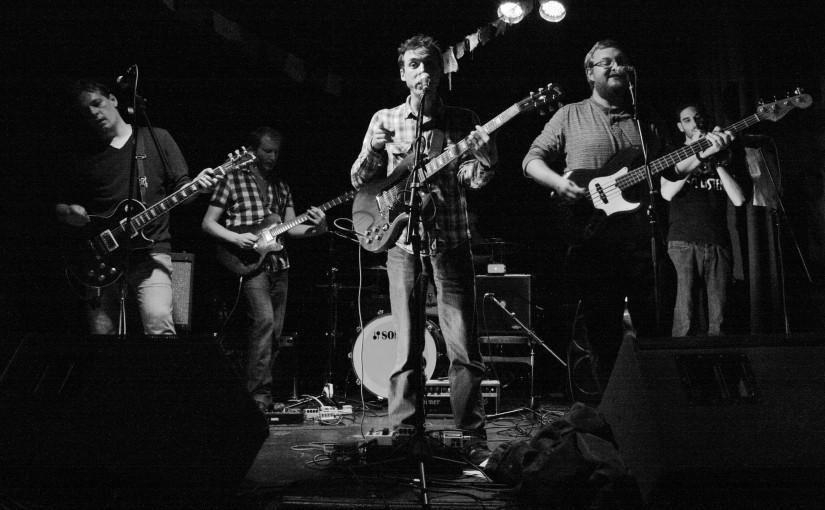 What on earth is this album?

Now, I grew up with proper pop music back in the 1960s and we all know that pop music nowadays is, to put it mildly, rubbish. But this album isn’t like that – in its inventiveness it really does hark back to the giddy heights of the 1960s: if not in style (which is more reminiscent of the 1980s) but certainly in intent.

For example, the opening track King of the Tyrant Lizards is 3 and a half minutes of clever wordplay, not one, but two, hooks, a lovely little guitar solo and horns like some mad Mariachi band. One of the hooks is such an earworm that I couldn’t shake it for a couple of days…

Track 5 Nautilus starts off like some lounge jazz bastard son of Swing Out Sister before switching after 40 seconds into yet another catchy chorus which has been cross-bred with post-punk angst. Oh and it ends up as some weird oriental singalong with optional headbanging.

And then it suddenly makes sense – this band and this album fit perfectly into the Bad Elephant stable. Eclectic Music for Eclectic People.

I know comparisons are odious and it’s a good job they are because I can’t really think of anything to compare with this wonderful, wacky, weird album. There are a couple of times when I think to myself “Oh! That’s a bit like XTC’s Drums and Wires”, but I’m also reminded of Haircut 100, The Jam, The Piranhas and Ooberman, Blur, Suede, early Pink Floyd, The Kinks, The Small Faces. I can really imagine David “Kid” Jensen introducing Mothertongue on Top of The Pops in about 1981 and a much younger me sitting up and taking notice.

So who are this Mothertongue? According to their Bandcamp page they are “A random collection of musicians from Manchester who fell in love on a Tuesday night. They like terrible jokes and dinosaurs, and make odd progressive pop music.” I don’t think there is any more to be said.

Buy this album. It might just make you smile. Get a copy of ‘Unsongs’ from bandcamp