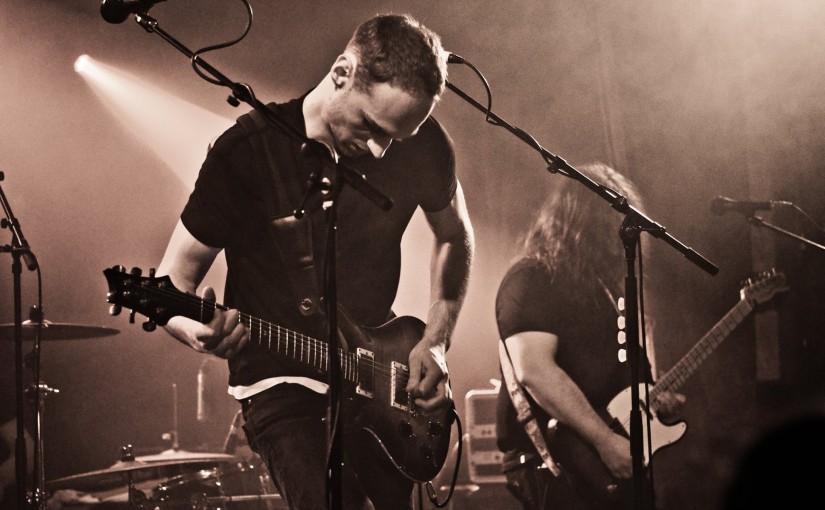 If you are of my generation (born in the late 60’s/early 70’s) I’d like you to take a walk back in time with me. To a time when the internet was in its very infancy and discovering new music was not the simple task that it is now.

How did we find new bands and new albums that we had never heard of before? In fact, how did we find out information about our favourite bands regarding new releases and tours etc.?

For me it was ‘Q’ Magazine, I was an avid reader in the days before the world wide web and bought many a new record from the number of ‘Q’s it would receive and the relatively small write up that print media would allow.

But, you know, I bought as many dogs as I did diamonds and, in my old 800 plus CD collection, there would have been at least 150 albums that never got past the initial first play stage. It was a very costly mistake in the days of £13 CDs and word of mouth tended to be a rarity in those times, don’t ask me why, so I never seemed to get recommendations from friends.

Ever since the internet arrived big time, and especially in the last three or four years, it has been a hell of a lot easier to dig out new music thanks to social media and get solid advice from fellow music lovers. I say this for all genres, not just the relatively insular world of progressive music that is my fix.

The advent of free streaming and youtube means that it should be virtually impossible to make a duff choice now. The actual negative to this is that there is now so much more music that appeals to you out there than you actually have time to listen to but, let’s be thankful for small mercies eh?

A recent social media suggestion that popped up on the right hand side of my feed was French post/progressive rock band Wolve and clicking on the link took me to their bandcamp page where their latest album ‘Sleepwalker’ was streaming for free. The rest, as they say, is history 🙂 From the band’s own PR:

“Julien Sournac’s artistic vision is an uncompromising quest for authenticity.
Unburdened by labels, he infuses his riffs in 90’s alt-rock, can unplug his amp and pick up an accoustic guitar when it is the best way to sincerely represent his feelings in the moment. It is thanks to this approach that ‘Sleepwalker’, WOLVE’s first album written by Julien Sournac and co-produced by Brice Chandler, has been lauded by the media.”

For live performances Julien (guitar and voice) is joined by Alexandre Aguilera (guitar), Hugues Lemaire (bass) and Simon Lemonnier (drums). The band have opened for Fish and Arena before being invited to the famous Prog’ Resiste festival in Belgium.

Dreams are voyages, from nothingness to a far away nowhere. ‘Sleepwalker’ is the chronicle of this voyage in three parts, at the limit of REM sleep.

The album starts with the tender The Tall Trees, just under two minutes of a delicate, heartfelt monologue that drips emotion and sincerity. The vocals exude an ennui ages old and the gentle acoustic guitar almost makes you weep with empathy. Brace yourselves for the earth shattering introduction of Cassiah which enters the fray like an gigantic tidal wave of musical force and focus. There is no pause as the monstrous riff kicks in accompanied by huge drums to blow any cobwebs away. It is a momentary shockwave as the gentle feel returns and the earnest, sincere vocals calm your beating heart. The atmosphere is relaxed, if a little tense, the nonchalant rhythm section lulling you into a possible false sense of security. Julien’s voice has a brooding quality to it, as if the weight of the world lies upon him, especially when the tension is ramped up with an increase in pace and dynamism. Fans of that other enigmatic French band Demians will feel at home here. The suspenseful feel increases as the guitar seems to edge along, leading to some sort of confrontation? The coruscating guitar solo feels like finger nails scraping across a blackboard but you cant turn away from the delicious agony. The depth of feeling and fervor ratches up another notch as a crunching guitar pounds your aural synapses. This track is like a life affirming journey through mysterious highs and lows and you are enraptured throughout.

A smooth bass and jazzy guitar introduce Ocean as the drums begin to ramp up the apprehensive atmosphere, a strident guitar wailing slightly in the background in an off key manner. The air becomes one of lightness though, losing that oppressive feel with an almost ethereal quality taking over. Hints of an early Porcupine Tree abound throughout yet given Wolve’s own stamp of authority as the track takes a more intricate bent. Intelligent and yet eminently accessible, I have found myself warming to the maturity and sincerity that this music has in abundance. Like a set of slightly different musical pieces all joined together by a common link, it is a fantastical dreamscape set to indulgent music. The instrumental sections are precise, inventive and involving, you dare not take your attention away in fear of missing something important. The dreamlike vocal parts, accompanied by a surreal sounding guitar and a smooth jazz bass beat leave you almost transfixed as this profound song comes to an enlightened conclusion. Coming in at around eighty seconds Countdown feels like a dividing line between the past and the previous, a subdued art of noise that leads you from one track to another.

The restrained, solemn introduction to Colors Collapse is becoming signature now. Edged with uncertainty and hesitancy before the acoustic guitar and laconic, curbed vocals add a beseeching note to the track. Once again there is a turn into left field with a grungy and dangerous guitar riff kicking in, it all feels slightly menacing to me, in an exciting way, as the instrumental section uses you as a buffer between it and the timorous vocals. You have to listen carefully to the music as there are little nuggets of brilliance thrown in everywhere. A Steve Howe-esque guitar noodle opens up into an extended uplifting section that builds, layer upon layer, increasing the excitement and spectacle. A seriously intense and dramatic guitar heavy instrumental section closes out what is perhaps the most focused song on the album. The album finishes with title track Sleepwalker, a mesmerising acoustic guitar leading you in slowly, accompanied by Julien’s undemanding yet touching vocal and it seems to amble along politely asking you to join it on this poignant trip through mind and soul. You find yourself caught in the euphoria of the moment as the song and album come to an affecting close.

An unexpected treasure thrown up by the good side of social media. You cannot help but be drawn into the captivating worlds that Julien Sournac and Wolve create. Epitomized by intuitive and visceral music and vocals that lay their heart before you, ‘Sleepwalker’ is a hidden gem that I feel privileged to have discovered.