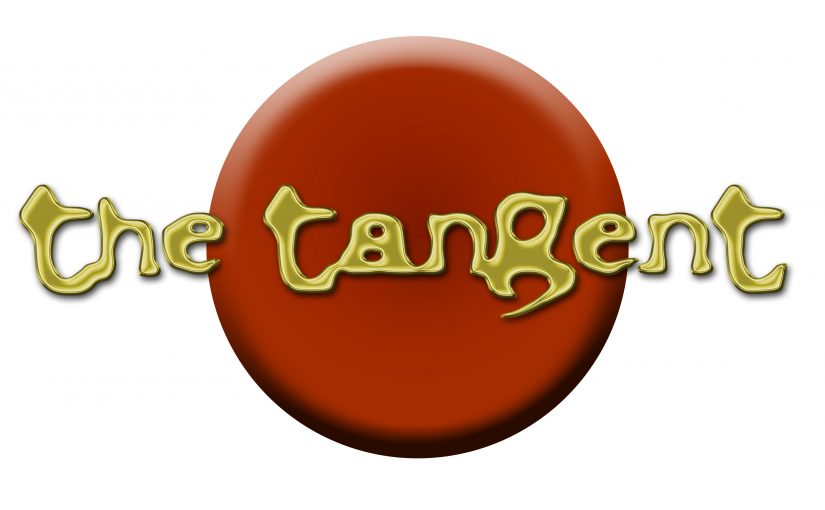 ‘The Slow Rust of Forgotten Machinery’ by The Tangent succeeds at every level, from the incredible depth and texture of the colours in Mark Buckingham’s arresting album art to the pacing of the expansive musical compositions. Band leader Andy Tillison has talked about working to recover his ‘mojo’ after a long hospital stay, and ‘Slow Rust’ makes clear that he’s found it, perhaps in greater quantity even than before. In particular, the album comfortably engages an intriguing dialectic between global politics and individual relationships; broad social commentary and hyper-specific lyrical descriptions; fury and compassion; and the musical energies of seasoned and youthful collaborators. Along the way, Tillison & Co. play jazz, funk, punk, prog, techno, ambient, and heavy rock to great effect.

The album opens with the “pocket symphony” Two Rope Swings, which packs the musical and thematic expanse of a 20 minute epic into a mere 6.5 minutes. Each member of the band turn in lovely performances here, including newcomer Marie-Eve de Gaultier, whose vocals emphasize the mournful aspect of realizing our ignorance concerning those who live in a different skin from our own—whether human or otherwise. Tillison’s wonderfully detailed lyrics express the global import of the song through their very specificity:

What do we expect from each other, when we make our adult choices with the naivete of a child reading picture books on a rope swing? When we can’t even place an entire species of animals on the right continent, imagining African lions as living side by side with Asian tigers? Doctor Livingstone (I Presume), besides possessing the perfect, playful title for a long instrumental, showcases the band’s seemingly limitless musical muscle. Leaping right over the gate with lithe bass, rolling organ, and a melodic synth lead, the track quickly sets the stage then shines the spotlight on guitarist Luke Machin’s searing but instantly accessible soloing. Theo Travis provides plenty of nuanced saxes and flutes along the way, while piano and acoustic guitar occasionally accent the trading off between bass, synth, guitar, and sax solos. What begins as a relatively mellow jazz exercise rolls to full boil midway with some heavier riffs and shredding from Machin; not content to climax at its most intense moment, the track slides into a more classically jazz section that highlights even further the god-level bass genius of Jonas Reingold. Taken all together, this instrumental melds early 70’s jazz-influenced prog with mid-60’s Impulse! Records jazz experimentation. It also succeeds as a test for a new addition to The Tangent’s line-up: if you want to prove the mettle of your new drummer, how better than with an extended jazz work-out? The spry young lad taking over drum controls makes a great showing here that matches but never overwhelms the contributions of his bandmates, and it’s quite the surprise that this talent has not been tapped by the band on previous outings.* Perhaps the snare could have been a bit punchier to better complement Reingold’s monster tone, or the crash treated with less decay, but those are minor differences of production opinion that don’t detract from a stellar debut performance. On an album replete with highlights, title track Slow Rust is clearly the centrepiece. All the righteous indignation, cynical wisdom, and nimble musicality of the album are placed on full display for 22 intense minutes. On the face of it, this song is inspired by the same series of recent events that prompted A Few Steps Down the Wrong Road, namely, the horrendous slandering of “migrants” by the UK press in the wake of 2016’s Brexit vote. But Slow Rust is this and so much more. Rooting around behind the mere occurrence of such hateful news reporting, Tillison explores the contributing factors. How is it that celebrity gossip, local events, and national politics coexist on equal footing in the papers? We all know that this paper has this party bias and that one another, but how do the potentially myriad perspectives of numerous writers and editors fall out along such neat lines, and why must we find a ready group on which to place the blame for our perceived problems? When there’s profits to be had, and fear and hatred turn a profit, any story becomes about the insecurities of the reader; the actual story of another person’s hardship gets twisted into the story of how an influx of persecuted refugees affects my life:

“Ah, when the helpless are a threat/What does that say about the rest of us?”

Furthermore, when only binary choices are on offer, the rejection of one point of view becomes the ready adoption of another, and either way someone will be waiting to accept your payment. Even Education, the great salvation of the Enlightenment, is implicated. If schools are just an ideas factory for “Corporate automatons,” then the same principle of profit and binary choices will drive all learning:

“Become a teacher and bow your head/To the passing fashions where you get led/Recite your mantras, but say your prayers/’Cause what else have you done? The future’s theirs/To sell textbooks/That’s all they’re here to do”

Even for a Prog Epic, this is an incredibly expansive track, though it never feels stretched or repetitive. There’s no thesis, but it’s focused polemic more than angry rant. It also seriously rocks. Tillison turns in a number of noteworthy synth and vocal performances, especially in the funky and heavy “Binary Choices” section that includes effected spoken word vocals and a reference to President Biff. Reingold is, again, a force-beyond-nature on bass throughout the song, though de Gaultier is the key ingredient that lifts everything above the sum of its parts. Here and elsewhere on the album, the soft timbre of her voice pervades every open space, simultaneously smoothing, undergirding, and highlighting whatever else is happening musically. Depending on Tillison’s role at any moment, this includes supporting the more mournful notes in his voice or providing the comforting sweater counterpoint to his angry grandpa affectation. De Gaultier’s vocals are also essential to the emotion of The Sad Story of Lead and Astatine, as she permeates the very pretty and hopeful chorus to an otherwise sad tale. Her reassuring suggestion for a repaired relationship sharpens the sadness of the song once you realize that of course, as per the song’s title, this advice will be ignored in favour of doubling down on prideful posturing. As such, this track provides the personal counterpoint to the album’s finale: in the microcosm, destructive pride and redirected fear can lead a person, as well as a country, a few steps down the wrong road. Musically, The Sad Story leaves plenty of room for jazzy solos, including some gorgeous flute work by Travis, a healthy dose of flittering piano, a classic drum solo, and more arresting guitar shredding from Machin. ‘The Slow Rust of Forgotten Machinery’ culminates in the Prog-Punk Theatre of A Few Steps Down the Wrong Road. The punk elements are noteworthy, but the spirits of Emerson and Lake are as strong here as that of Johnny Rotten, Tillison playing some particularly nice analogue synths to punctuate the story. Like Slow Rust, this song is about the post-Brexit rise of hatred toward those of ‘questionable origin’, but it’s also about the historical recurrence of inhumane attitudes, and serves as a cautionary tale of the dangers in not learning our history lessons already. Alternating between spoken word narration, explosive rock bombast, proggy excess, jazzy swagger, and punk aggression, this epic competes for “most quintessential Tangent track” as well as “most timely political commentary by a musical artist.” If ever a polemic needed pressing to a side of vinyl, it’s this one. When the album reaches its depressing conclusion, be sure to immediately start it over again. The opening strains of Two Rope Swings, with de Gualtier’s call of “halcyon days,” take on an elegiac character when placed immediately following A Few Steps Down the Wrong Road.

With ‘The Slow Rust of Forgotten Machinery (or, Where Do We Draw the Line Now?)’ The Tangent have progressed by retaining everything that made their previous work great while seamlessly integrating these elements with new musical contributions that hold up to the weighty subject matter. The album burns with all the conscience and compassion called for by our times. It simultaneously maintains a spirit of joy and playfulness in the performances. A clear contender for Album of the Year, ‘Slow Rust’ is wonderfully immediate while reserving unfathomable depths to be explored across repeated listens for years to come.

*This reviewer is simultaneously sincere and facetious: yes, I’m aware that the drummer is Andy Tillison himself. It is genuinely a surprise that Tillison’s drumming was not previously featured, because he’s quite good.

Buy ‘The Slow Rust Of Forgotten Machinery’ From Burning Shed