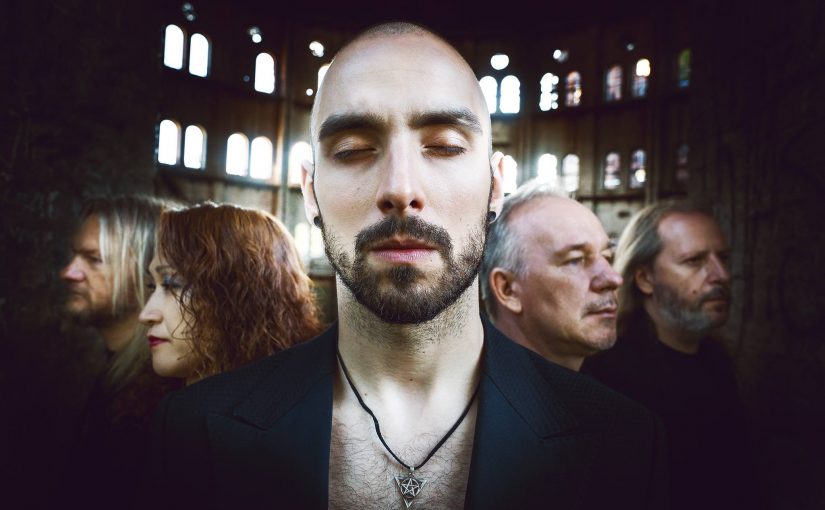 Happy New Year to one and all and here is my first review of 2018. Believe is a Polish progressive rock band with a long history of line-up changes and beguiling, immersive music and the new album ‘7 Widows’ is no different.

The band formed in 2004 and 2017 sees only two of the original members still present.  Mirek Gil (guitar) and Przemek Zawadzki (bass) are joined on the new release by Łukasz Ociepa (vocals), Robert Qba Kubajek (drums) and Satomi Yasutanya (violin, keyboards).

I first heard Believe when I got a copy of the band’s 2013 album ‘The Warmest Sun In Winter’ and was immediately drawn in by the warm, welcoming sound and delightful vocals. It was at a time when Polish progressive rock bands were really coming to the fore, led by Riverside of course, but other artists like Anvision, Light Corporation, Osada Vida and Votum (to name but a few) have really elevated the progressive acts from that country.

‘7Widows’ is the band’s first foray into concept albums and each song is a story of one widow parting with someone special. A set of seven sad songs, dealing with loss and pain, where no two tracks are the same. Intriguing then? I thought so, let’s immerse ourselves further…

The tracks are numbered I through to VII, leaning more towards chapters in a story than tracks on album and the opening song introduces that warm, neo-prog sound that seems to epitomise Polish prog nowadays. The lush, layered melodies are complemented by some stylish guitar playing and while this is a melancholy subject, Satomi Yasutanya’s violin adds some real sophistication to the song. Emotive vocals from new singer Łukasz Ociepa impart the sadness yet this is a really immersive tale that draws you in. The sublime music continues with II which has a sparser, more plaintive feel. Plaintive vocals with just a int of vulnerability work with the violin to give a slightly edgier tone, hinting more at anger and raw pain. Mirek Gil is an accomplished guitar player and he drives and directs the songs, aided and abetted by the great rhythm section of Przemek Zawadzki and Robert Qba Kubajek. The wonderful violin and guitar section really touches you on a basic, emotional level, we are listening to something special here.

The descent into the darker depths of sorrow carries on with the sorrowful, pensive tone that pervades every nook and cranny of III. Lukasz has such an expressive vocal and the way he opens up on the powerful chorus is pretty impressive. This track ebbs and flows like all true emotive journeys. The music turns much darker and sombre on the ominous IV with its powerful introduction, full of foreboding keyboards and a feeling of someone right on the edge. It opens up into what seems a questing journey, a search for answers to difficult questions. Believe seem to have really stepped their game up for this new album, intelligent songwriting and musicians at the peak of their powers.

A harder, edgier guitar led sound opens V before the mournful violin takes over, backed by some clever drumming from Robert. The lush sound is stripped back once again to be replaced by something raw and sensitive, mirroring the feelings of loss and pain. This mood segues into VI, a song with a wistful and nostalgic atmosphere, the vocals being a counterpoint to Marek’s questioning guitar. A look back at a life now lost but perhaps with a feel of remembrance imbued by the violin along with the ever present regret and loss.

This impressive album closes with the towering VII, a song where all the feelings of loss, anger, regret and nostalgia come together in a display of raw musical power. The compelling introduction feels like a complete outpouring of grief and bereavement before the emotive and touching vocals add an honesty and sincerity to the song. A passionate tale of love lost and a heartbreaking parting that brings a lump to your throat.

After four years Believe have returned with a superlative and deeply engaging collection of incredibly expressive songs that tell of loss, love, pain and regret. This is a creative and perceptive album that captivates and enchants, you feel the raw sorrow and comprehend the emotions and that, my friends, is what truly great music can do.