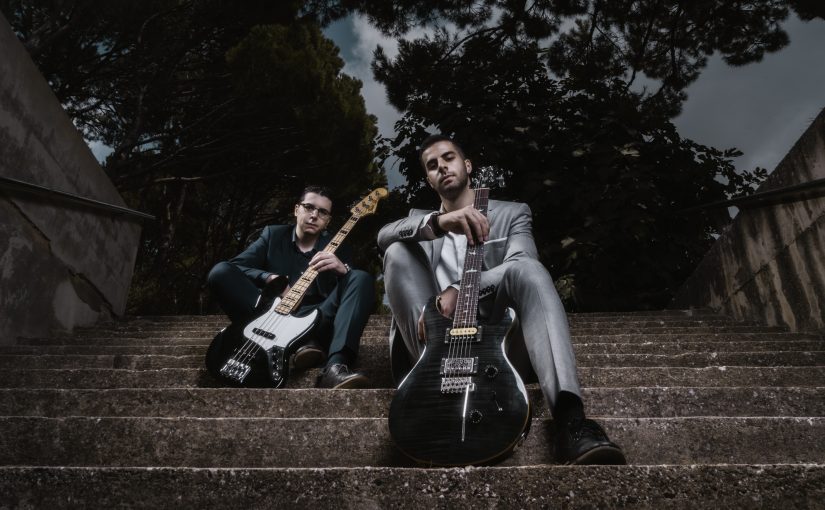 Dreaming Madmen is a Progressive Rock duo formed by two Lebanese brothers Mathew & Christopher Aboujaoude in their home studio in their hometown Deir El Harf, Lebanon and based in Austin, TX.

The band released its debut LP ‘Ashes of a Diary’ on September 14, 2019. It is a concept album that delves into the psyche of an elderly man, who discovers an old journal of his, filled with writings detailing a life of pain, obsession, love, hatred and regret.

If you like your progressive rock in a mesmerising and hypnotic style then you need look no further than these hugely talented brothers. Scintillating guitar work abounds throughout the album with solos reminiscent of the great David Gilmour but they are part of the structure of the music which is intelligent and thought provoking.

The wonderful, dreamlike music leaves tendrils of perception touching your mind as the elegant guitar and keyboard solos trace a creative path across your soul. There’s a pleading, plaintive quality to the soulful vocals that take you on this often harrowing journey.

Stand out tracks like Your Possessor and the gently drifting Lock Thyself have a surreal and hypnagogic quality that leaves a lasting impression on you even as they fade away. The heavier soul of Enigma drives along with irrepressible force, keyboards and guitar firing away in unison and the album closes with the best Porcupine Tree track that Steven Wilson never wrote. Final Page is utterly captivating, the vocals heart-wrenchingly beautiful in their delivery and epitomising the fantastic songwriting skills that Mathew and Christopher have. The guitar solo is delightfully exquisite and had me in raptures, as elegant and graceful as they come.

I can’t be effusive enough about how good this album really is, for a debut release it is pretty astounding. The highest praise I can give it is that I’m pretty sure that Mr Wilson himself would have been happy to have released it. Beguiling and enthralling, ‘Ashes Of A Diary’ sees Dreaming Madmen enter the scene on an absolute high.