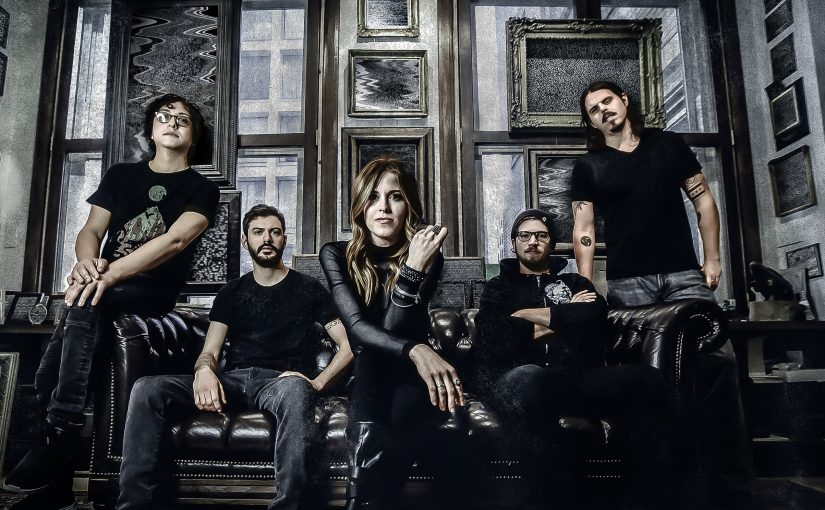 Just in time for Halloween, Chicago prog rockers District 97 present their first animated short film, the epic tale of “Ghost Girl.” Taken from their most recent release Screens, “Ghost Girl” is the musical journey of a little girl who longs to fit in. The only problem? She’s terrorized by malevolent spirits, and nobody believes her—except for her loving but overbearing mother.

Jonathan Schang, District 97’s drummer/primary composer and Ghost Girl Executive Producer states: “For well over a year, I’ve had a vision in my head of an animated short film for Leslie’s and my song “Ghost Girl” from the Screens album. I imagined something that conjured a similar mood to Steven Wilson’s and Owl House Studios’ stop motion videos. Through happenstance I was put in touch with director Christopher Kezelos (Zero, The Maker), who enthusiastically took on the project. Since January, we closely collaborated to bring Ghost Girl and her world to life.

“I never could’ve guessed how much all of our lives would change during the making of this film, but I feel that makes its story of isolation, alienation, and redemption all the more relevant. I hope it captivates music and film fans everywhere this Halloween season and beyond.” Christopher Kezelos, Director says: “When I first heard the song Ghost Girl by District 97, I was instantly drawn into the disturbing tale of a young medium terrorized by evil spirits and the epic highs and lows of this sweeping rock ballad.

“Every line of the song conjured haunting and beautiful images in my mind that I wanted to bring to the screen.

“The song, sung from the protagonist’s point of view, felt very personal. I wanted to portray her story through a diary as she journals her life and shares her intimate secrets with the viewer. Sketches that ebb from dark and gritty to light and calm as she pours her heart and soul onto the page.“I wanted every scene to feel like a beautiful cinemagraph. A memory captured in time, with a hint of motion that draws you into Ghost Girl’s world.

“My hope is that her tale of transformation resonates with audiences struggling with their own demons.”