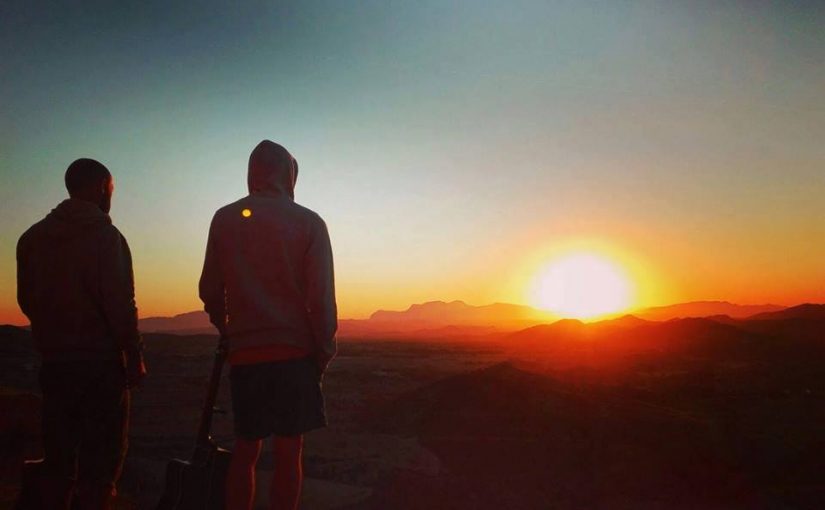 Have you ever tried to categorise something and found it close to impossible because its fits some of them and yet none at the same time? I find myself there right now after over ten times around the album ‘These Roots Know No Boundaries’ by Sphelm and, having heard the Orenda EP from 2014, I find to be fascinating, challenging and yet still highly enjoyable. Mike McKnight and Tim Powell form the actual band but they have a great deal of help here with the Album from some excellent guest musicians.

They self-define as Acoustic Ambient Electronic yet I believe that is too limited a description. Sphelm were born out of  Post rock metal band Cyril Snear and were looking for the next step to follow after that band broke up.

Mike and Tim have written music that, if played in a full electric band, would come out at the cutting edge of Progressive but the ‘stripped back to basics’ style gives it a uniqueness and identity all of its own with no box to fit. Whether you’d call it a new branch of music or some guys following their noses and seeing where it goes either way, this is worthy of exploration. The music is complex and accessible with some outstanding songs that appear simple at first pass and then the detail surfaces on further hearing. Stillness is the simplest and yet it isn’t with its complex harmonies and harmonic on the acoustic guitar and keyboard backing.  A song that asks us to stop and be still and think without the noise we have around us constantly in the 21st century. After The Dopamine seems to refer to again to society and the bubble we exist in as people, consumerism being the Dopamine in question. Mainly with complex vocal harmonies but with atmospheric keyboards plugging the gaps, it stands out on the first few listens as one that has longevity.

Prince Rupert’s Drop has a folky feel to it at the start which then leads into a beautiful guitar lick. Is it a treatise on molten glass dropped into water or a metaphor for human resilience in our modern world? The title track really stands out too. A fine example of how the human voice can join in a harmony that is greater than the sum of the parts. The lilting Trumpet section is not intrusive but sneaks up on you and hypnotises you and, overall, the melancholy feel is achingly beautiful and emotive.

The whole album is not even close to the mainstream, it is ‘off piste’ even for the Progressive but not in any dissonant way but in a way that the likes of Sigur Ros and Steven Wilson travel their own path. In fact all you fans of Post Rock, Math Rock and those are partial to the ambience of Eno and Fripp and who have the desire to hear acoustic music, you should buy it. If you are adventurous in any way get your name on a copy of this album.