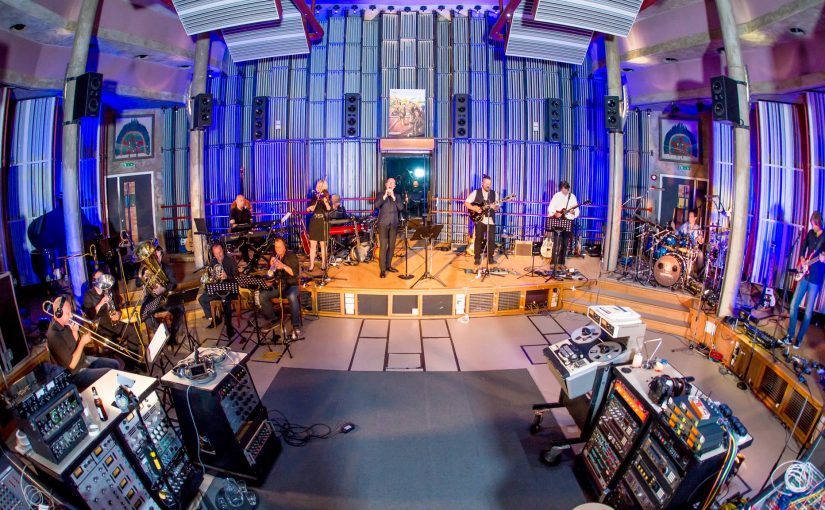 There’s a place inside us where we can still be that small child who was in awe of every new experience, every sight and every sound. You know that unfettered feeling of sheer joy when you happen upon a picture book scene that is near perfect. Living in Yorkshire, I get to see and appreciate these virtually every day and they still fill me with a sense of wonder, life’s shackles thrown off momentarily by the sheer beauty of nature.

To be honest, we need these moments of purity and astoundment to counter the wear and tear of everyday life, to stop us being ground down by what can become a normality of drudgery and boredom, a very grey day indeed!

For me, music can often release that inner child and leave me enjoying the purity of something that is intended for you to enjoy and make your very life a better place to be. I have found that, as I get older, music touches me with more and more intensity and really has become my raison d’être and why I will happily get out of bed in the morning to face every new day as a fresh challenge to be enjoyed and overcome. I’ve been a big fan of Big Big Train for a while now and a self-acknowledged ‘passenger’ along with many other fans of this great English progressive rock band.

After the undoubted success of ‘The Underfall Yard’ and the ‘English Electric’ albums (Parts 1& 2 and then ‘Full Power’) the band decided that the time was right to take to the stage for live performances again.

Unsure how easy it would be to do justice to the band’s recordings on stage, Big Big Train’s now established line up of David Longdon, Greg Spawton, Andy Poole, Danny Manners, Dave Gregory, Nick D’Virgilio, Rachel Hall and Rikard Sjöblom decided to try out live renditions of their songs in a controlled environment.

The wonderful surroundings of Peter Gabriel’s converted water mill, Real World Studios is where the recording took place and, to add even more lustre and brilliance to the event, the five piece brass ensemble that featured on both ‘The Underfall Yard’ and ‘English Electric’ albums was included.

Recorded in August 2014 ‘Stone & Steel’ (the title referencing both the band’s lyrical themes of English landscape and history, and the very fabric of Real World Studios itself) documents the weeks rehearsals and the band’s transition from studio to stage. I’m not one known for staying power when it comes to watching music DVDs, I tend to dip in and out again but I sat through the whole three hours (including bonus material) in one sitting and loved every single minute of it, that inner child was transfixed by the moment and the spectacle.

In fact, the day I got home and saw that ‘Stone & Steel’ had been delivered, I couldn’t help but be impressed by the quality and design of the Blu-Ray packaging along with the glossy 64 page booklet with some fantastic pictures of the Real World sessions and the live concerts at King’s Place (although my head is obscured by the much more interesting features of the lovely Rachel Hall).

Honestly, like a kid with a new toy, I couldn’t wait to get in in the player and press ‘play’ for the first time…… As with all things BBT, ‘Stone & Steel’ was never going to be a mere performance blu-ray, you always get more than you expect from these guys and the excellent documentary style pieces that intersperse the music are a proper insight into the band and the whole Real World recording experience.

The opening introductory video of the band members arriving and setting up is really interesting as is Greg’s reluctance to be in front of the camera, not that he has much choice in the end!

Having been lucky enough to have been invited to the ‘Folklore’ album launch (more about that and a review of the new album in the next installment…) I get even more of a shiver up my spine as they set up for recording in the ‘Big Room’ and we see David Longdon arriving at reception, I’ve been there!!

We see the unveiling of a work of art, David’s B4 joke (it’s funny, honest!) and you begin to feel part of the whole process, received into the welcoming bosom of the band as a participant in something special.

These interludes, despite being an enjoyable and  definitive part of the whole experience, are mere introductory pieces to the main event, the actual musical performances. The ‘live’ renditions of songs that are extremely familiar to all fans, like members of our own family, are something quite special. From the true story of a man called Alexander Lambert who dived heroically into the flooded Severn Tunnel in 1880, the wonderful The First Rebreather, through the spine tingling version of Master James of St. George with its delightfully intricate vocal melodies, to the rollicking toe-tapping tale of forger Tom Keating that is Judas Unrepentant, I was kept rapt in attention to this masters of their musical art.

Normally I like to absorb music while I am doing something else, almost a process of aural osmosis if you like but, this time, I just sat on the settee and turned up the volume to feel like I was actually there in the studio. This feeling of integration is only enhanced by the rather whimsical delivery of perennial fan favourite Uncle Jack. Performed acoustically in the ‘Wood Room’ at Real World it has a folk meets hillbilly feel and I love its childlike and carefree feel. Dipping out of material garnered from ‘The Underfall Yard’ and ‘English Electric’, we are treated to a rather enchanting & pared-back rendering of Wind Distorted Pioneers from ‘Goodbye To The Age of Steam’, one that takes you away to another place of calm serenity.

Then the lump in the throat nostalgia of Summoned By Bells takes you on a meandering and emotive journey of yesteryear. A song inspired by Greg’s memories of his mother and “the golden thread of continuity running down from the past.”  There then follows a haunting version of Kingmaker, a track that originally appeared on their 1992 demo album, ‘The Infant Hercules’. I’d heard this before, a reworked version appeared on the import and iTunes version of the ‘Far Skies Deep Time’ EP released in August 2011, but this interpretation is utterly spellbinding.

There’s no doubting that Big Big Train’s studio albums are works of art in themselves but, to see and hear these singular musicians actually performing them in a live situation, controlled or not, makes you feel quite privileged.

To close out the Real World recordings we are treated to two of the band’s seminal works, both from, possibly, their most venerated piece of work ‘The Underfall Yard’. Here the brass band really come to the fore on this recording, on both the title track and the electrifying brilliance of Victorian Brickwork, these musicians add to the band to give something just, well, utterly astounding. The hairs on the back of my neck rise as soon as I hear the first strains of the brass, something that has become definitely synonymous with Big Big Train now.

There’s over thirty minutes of music spread over these two masterpieces and not a note is wasted. Almost hypnotic in their delivery in this unique setting, it really is a musical experience like no other, you sit rapt, your attention focused on the performers in front of you on the TV set. There is no disappointment just a phenomenal performance of two of the band’s finest songs and, as the final notes of Victorian Brickwork play out, I am reminded of why I love music and why this band attract such devotion from their fans. But it doesn’t end there, oh not by a long shot! I was also a lucky blighter who was able to attend one of the Kings Place concerts in August 2015 and, as a very welcome addition to the blu-ray package, we are treated to four tracks from those remarkable performances. (That’s me, right behind Rachel’s right shoulder, I know, you can’t see me!)

From the edgy, sing-a-long high energy of Wassail, through the tear inducing wistful beauty of Curator of Butterflies and the achingly poignant brass enhanced sentimentality of Victorian Brickwork right to the grand finale of East Coast Racer, it was an unforgettable experience and one that I will never forget as I was present at one of those eagerly anticipated shows.

The stunning memories that come flooding back can almost threaten to overwhelm you, such is their severity. I said at the time that it was a life affirming weekend and I stand by that now, even as I cringe at the lone voice (mine) shouting out “apart from the encore!” as a reply to David Longdon’s statement that East Coast Racer would be the last song……

For fans of Big Big Train there is never a feel of ‘Stone & Steel’ being a completist release, one that you buy just so you have an artist’s full collection of works. It stands alone as being brilliant retrospective of the recent endeavours of this most English of Progressive Rock bands. If you are new to this wonderful world, it is also a great introduction to them and one from where you can branch out and further your education (for further it you most definitely should!).

For this inner child it is a musical release that, once again, takes me back to that moment of wonder and delight, that feeling of pure joy that, in this weary modern age, we rarely feel nowadays.