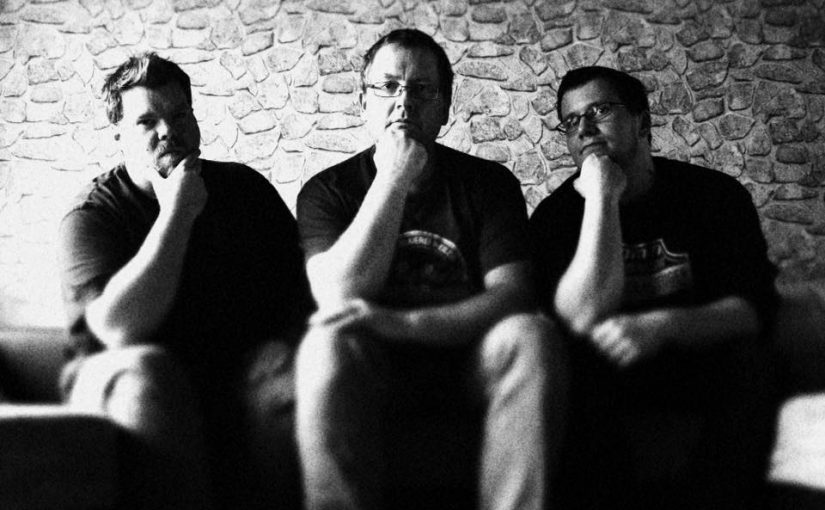 Formed in 1993 in Bremerhaven, Germany, Seasons of Time came together to make music influenced by their heroes: Pink Floyd, Marillion and Genesis. Through many band changes and two albums, 1997’s ‘Behind the Mirror’ and 2014’s ‘Closed Doors to Open Plains’, the group now consists of founding member Dirk Berger (vocals, bass, keyboards), Florian Wenzel (guitar) and  Julian Hielscher (drums).

2018 sees the release of ‘Welcome to the Unknown’, a concept album that ultimately tells us to look at the really important things in life like satisfaction, health, respect and friendship and that, in an ever faster moving and hectic society, we should be satisfied with what we have.

It’s always interesting to hear a vocalist sing in a language that is not his natural one and Dirk’s intonation and pronunciation of English gives a definite teutonic edge to the vocals, something akin to Kraftwerk or RPWL. I know not everyone will appreciate it but, for me, it works really well with the general feel and tone of this release.

‘Welcome to the Unknown’ consists of six tracks and there’s plenty in there for the listener to appreciate and admire. Central to everything is Florian’s fluid guitar playing, impressive in so many ways.

Album opener Toward The Horizon has a darkly dystopian futuristic atmosphere to its slow building introduction, with the eloquent and descriptive guitar playing guiding Dirk’s elegant keyboards into the fray. A neo-progressive track that has the 80’s written all over it in everything except the 80’s woeful production values. The album draws you in with its intelligent lyrics and excellent musicianship, just check out Julian’s dynamic drumming. I must admit that it didn’t completely grab me until after I’d listened to it three or four times but isn’t that true of all the better releases?

I particularly liked Dreams of a Madman’s early Marillion influences with Dirk’s keyboards and Florian’s guitar combining perfectly to deliver a great progressive rock track and the emotive Joana’s towering guitar solo. This trio know how to draw you into their thoroughly enjoyable musical world and special mention must go to the really rather impressive and incredibly haunting closing track The Last Ship, a song that really got under my skin, an incredibly soulful and powerful instrumental.

When it comes to progressive rock Seasons of Time haven’t reinvented the wheel with ‘Welcome to the Unknown’ but, as the old adage goes, ‘if it ain’t broke then why fix it?’ There’s plenty here for any fan of  the genre and the quality is such that you will not be disappointed.

Check out the band’s website here for order details