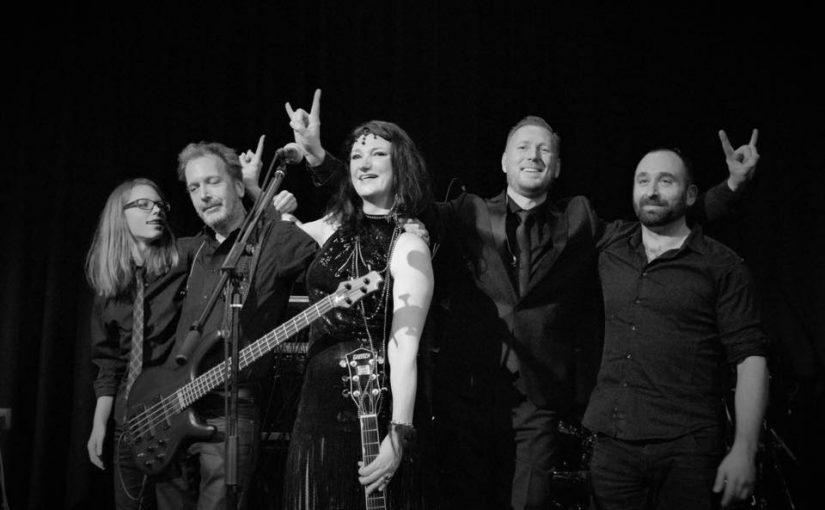 With a flair for the dramatic and a talent for musical storytelling, Netherlands’ The Dame deliver neo-progressive music with more than a touch of melodrama:

“A new Dame has moved into town!

She is sensual, feminine, and smooth… that is, until the guitars start roaring.

The Dame will take you back to the romantic era of the roaring twenties. Hidden back room bars, smokey night clubs, liquor in coffee mugs… when gentlemen were stylish, and ladies were sexy chic.

Time to drink champagne and dance on the table!”

A collection of seven impressive tracks, ‘Losing Sight Of What You Want’ is the band’s debut release and is a polished and stand out album.

The theatrics are there for a reason, drawing you into the well constructed songs and setting the scene for what is almost time-travelling concept album. The soulful vocals of Marian Van Charante are beguiling and bewitching on tracks like the immersive Losing Sight Of What You Want, the epic and involving Conveniently Distant and the deliciously dark wanderings of Thy Father’s Bidding.

Stephen De Ruijter’s imposing and intense guitar playing is like the conductor’s baton, leading the rest of these superb musicians as they deliver a deeply engaging musical experience, the rhythm section of Michel Krempel (bass) and Ruben Meibergen (drums) being the powerful glue that holds everything together. Keyboard player Thijs De Ruijter’s wonderful playing is the icing on the cake.

This is neo-prog Jim but not as you know it! and in the crowded world of progressive music it takes something to stand out from the crowd and, to my ears, these mesmeric musicians are well on the way to finding it. With the eye catching packaging and clever back story, this is a CD that should be finding it into everyone’s collection.