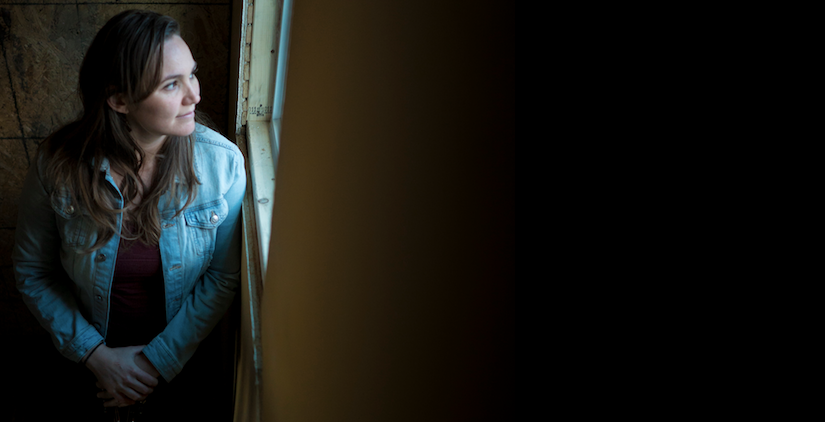 There are very few writers these days who are bold enough to bridge the gap between being both creatively and politically relevant. In her music as in her life, Letitia VanSant has always sought to wrestle with worth questions.

This is someone who has earned a degree in Human Rights & Humanitarian Issues, worked for the Obama campaign in Detroit, and then engaged in important environmental organising in Baltimore. Five years of work with a progressive advocacy group landed her in Washington D.C. where, on weekends, she reflected on the state of society through her songs, earning a regional following in coffee shops and clubs.

Upon weighing up the power of music to move and motivate, she ultimately left her nine-to-five job to become a full time musician.

Her debut album ‘Gut It To The Studs’ blends seamlessly with her life as an artist and the songs reflect this with the title track being an ode to her effort to feel comfortable in her new skin and literally having to look at her emerging life and ‘gut it to the studs’. There’s a story behind every song but it’s the beauty inherent in the frailty of her vocals and the gracefully refined music that touches your heart. VanSant is a rare talent and her songwriting is testimony to not only an intense personal journey but also the changing political climate of a nation at a national and also more local level.

Taking Back The Reins is a charming track that reflects the notion that insecurities will follow you wherever you roam. Where I’m Bound shows the importance of persevering through a ‘land of broken promises and streets of fool’s gold.’ The wistful Dandelion echoes our generation’s keen interest in building communities that are nourishing and real and the only cover on the album, a haunting version of For What It’s Worth, stands the test of time as a protest anthem. Letitia churns out a powerful interpretation inspired by recent protests against police brutality.

The pared back sparsity of Sundown Town closes out the album and leaves the question, Do we need more straight talking right now? Listening to this wistful and wonderful collection of songs leaves me thinking that, perhaps we do, probably more now than ever…