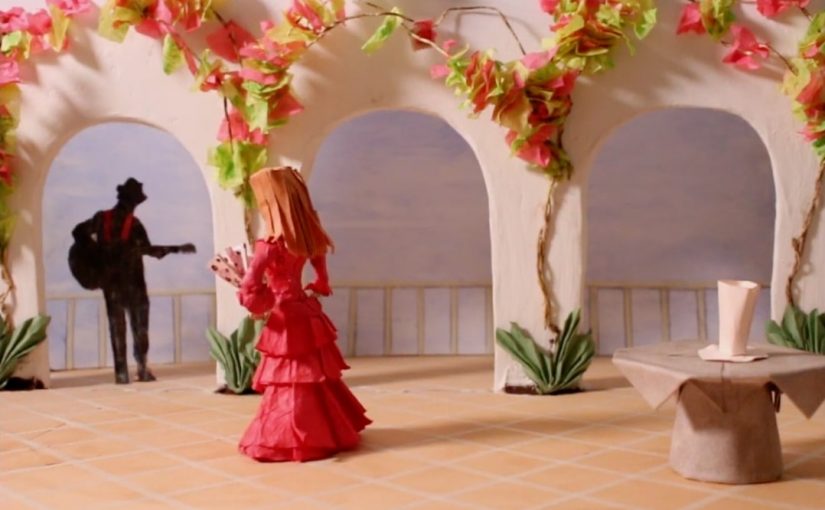 Ms Amy Birks is thrilled to announce her forthcoming self-produced debut solo album All That I Am & All That I Was which is to be released on April 3rd.

Winner of ‘Best Female Vocalis’ in the 2018 PROG Magazine poll and former lyricist, co-composer and lead vocalist of the 2017 Prog magazine Limelight Award winners Beatrix Players, the album which contains the singles Jamaica Inn and I Wish and features guest appearances from a raft of luminaries including Steve Hackett, John Hackett and Caroline Lavelle is available in two physical formats.

The second single to be taken from the album, I Wish, features Steve Hackett on acoustic guitar and a lyric based on the words of Christina Rossetti – poet, activist and the subject of some of the most famous paintings of the Pre-Raphaelite movement. The digital-only single is available now for streaming and download and also as an instant gratification track for fans making digital pre-orders of the album via iTunes.

I Wish is accompanied by a video featuring Amy and a mysterious Flamenco guitarist each represented in stunning origami stop motion piece, created by Susan Raybould (Origami Om) and pushed the boundaries of traditional origami design.

Amy produced most of her solo debut herself although the single was produced by Nick Wollage who is famed for his engineering on the soundtracks to dozens of major motion pictures including “Atonement”. He also worked on Tony Banks‘ “Seven (A Suite For Orchestra)”.
Birks recalls the process of recording the track and reflects on its unsettling lyrical undercurrents –

“I feel very honoured to have worked with Steve Hackett & Nick Wollage. I wrote this song during a trip to Colombia where I was influenced by the classical guitar and percussive sounds of Bambuco. When I bumped into Steve at the Prog Awards, I asked him to play and he very kindly obliged. The Rossetti poem works perfectly as this is a dark lyric about the fragility of the mind and how the past can so very easily come back to tease and torment.”

For Amy ” this has been a really personal and full-on experience that has pushed me further, emotionally, technically and lyrically than I ever thought possible, which has enabled me to become the writer that I have been wanting to be.”

Pre-orders of special, limited edition All That I Am & All That I Was and vinyl formats are available now via The Merch Desk.Formats are: Limited edition CD package in a six panel 7″ gatefold sleeve accompanied by twelve page photo book available to mail order customers and from the merch stand at shows from 5th April while stocks last.

Vinyl album in 12″ gatefold sleeve. Initial copies of both formats ordered from The Merch Desk will be signed by Amy.

The album will also be available via all the usual download and streaming services.

The 2020 tour dates include a string of trio and quartet shows opening for That Joe Payne and the John Hackett Band and a rescheduled full band date in London celebrating the release of the album All That I Am & All That I Was. More dates featuring songs from both her debut album and Beatrix Players’ “Magnified” are to be announced in due course including an appearance at a major festival for fans of progressive music.

Since Beatrix Players’ final run of shows opening for Carl Palmer, Steve Harley and Big Big Train in 2017 – 2018 Amy has been recording her debut solo album and playing impromptu solo sets with the likes of Tim Bowness and That Joe Payne. Amy’s debut solo single “Jamaica Inn” was released on November 15th with a memorable video shot on location in Bodmin Moor.