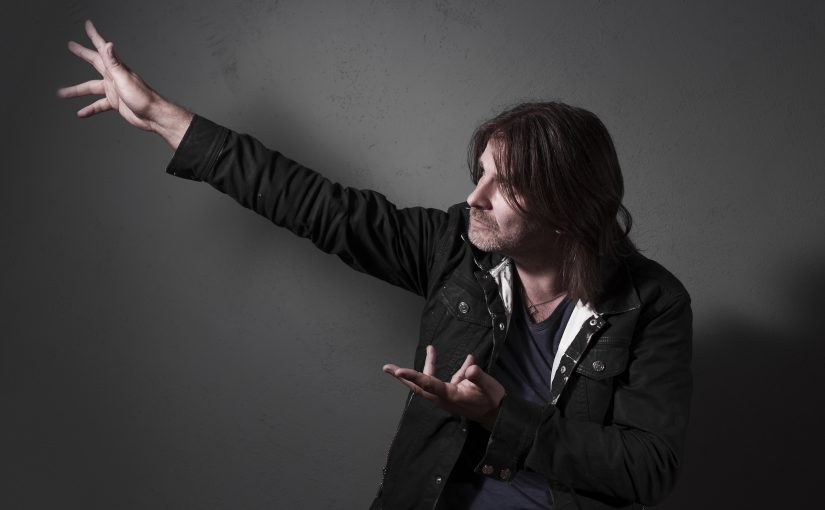 “My heart, which is so full to overflowing, has often been solaced and refreshed by music when sick and weary.”
― Martin Luther

Music is  and always will be a soundtrack to my life. I live and love surrounded by songs that mean a hell of a lot to me at the deepest emotional level. Music can be my solace when I am feeling low and my celebration when I am feeling happy.

Having been through a difficult and emotionally challenging period of my life recently it was music that helped me get over the pain and sorrow and when , happily, I embarked upon an exciting new relationship, it has accompanied me and my new love every step of the way.

One of the albums that spanned both recent periods of my life was the new solo release from former Genesis front man Ray Wilson and ‘Makes Me Think Of Home’ has been a constant companion for the last three months. ‘Makes Me Think Of Home’ is the 6th solo studio album from former Stiltskin and Genesis frontman, Ray Wilson and comes hot on the heels of ‘Song For A Friend’, an acoustic album released earlier this year and which garnered great reviews.

This new album is a mix of pop, rock and prog which showcases Ray’s remarkable voice.  The title track sees Ray looking back to his days living in Scotland, a country he left after finding love with a Polish dancer.  He moved to Poznan 8 years ago, and in this ambitious and very moving track he reflects on his years trying to find peace and happiness in Edinburgh.

The album also contains subtle humour; particularly in the first single Amen To That. The track is accompanied by a multi-layered video production in which Ray showcases his acting skills as he takes on multiple characters in a range of unusual professions.  The intense 7-day shoot produced what is undoubtedly the best video of Ray’s career and which takes the instantly memorable Amen To That to another level, throwing in some unexpected twists along the way.

The album also touches on complex contemporary Scottish issues such as The Scottish Referendum with They Never Should Have Sent You Roses, exploring how it divided families and a nation. Also, widespread alcoholism, which affected one of Ray’s close family members, is challenged in The Next Life, and having to fight these demons alone in Anyone Out There.

He also has time to pay homage to one of the world’s best-loved cartoon strips with Calvin and Hobbes.

Reflecting on his latest work, Ray says, “Makes Me Think of Home encompasses the joy of freedom we have all come to enjoy and perhaps take for granted as well as the fear of solitude. It highlights the many imperfections that make us special and reminds us not to fear them, but to embrace them. In the words of Leonard Cohen. “There is a crack in everything. That’s how the light gets in”. Ray Wilson has an incredible voice and that can be heard throughout this new album, opening track They Never Should Have Sent You Roses, written about the Scottish Referendum, is a heartfelt and melancholy song which seems to look back at would could have been. The gentle instrumentation matching Ray’s genuine vocals perfectly. The chorus is one that sticks in your mind and music envelops you in a warm, cordial glow but there is a sombre feeling always there in the background. A wistful and thoughtful opening to the album. The Next Life is a song about changing your life and cleaning up your act before it is too late and was written after Ray’s producer and co-songwriter had a stroke during the recording of the album. A deeply emotional song with Ray’s passionate vocals delivered over a strident acoustic guitar. There is a serious depth of feeling and empathy at the core of this track and it is this excellent singer’s vice that imparts all the pathos and poignance that really gets you deep at your core and the guitar and saxophone solo adds to this to leave you drained and emotionally spent.

There is a more serious side to the lively and animated country music feel that opens Tennessee Mountains. A song about searching and waiting for the one he loves in isolation and solitude of his surroundings and the battle he has with his emotions while he is there. I really like the beautiful guitar note and delicate percussion that add nuances to Ray’s husky vocal delivery and the chorus is just delightful and full of love and longing, add in the rocking solo and it really lifts my mood and puts a smile on my face. The story continues into Worship The Sun, a track with a much more serious face on and another superbly written song. The solemn tone of the vocals and the thoughtful and meditative feel of the music lay a blanket of contemplative determination over everything and this is one of my favourite tracks on the album. A sincerity runs through the chorus and leaves you thinking about your own life and loves, the saxophone adds gravitas and I am just left in a contemplative mood, looking inside at my own weaknesses and strengths. Title track Makes Me Think Of Home is a song that has resonated deeply with everyone I know who has heard it, including me, for whatever reason it seems to connect with you on a deep, subliminal level. The song highlights Ray’s memories of his life back in Scotland and the many fights he had with his own emotions over the years before moving to Poland. The track builds slowly from the haunting piano note with Ray’s hesitant and yet emotive vocal and draws you into its embrace. You are on the edge of your seat, waiting on every single note and word before the drums and guitar add substance and solidity. There is a bare, harsh feeling as he fights with his inner demons and you cannot move, transfixed by the savage beauty of this utterly compelling song as it moves to a break in the middle. Then a gentle acoustic guitar appears out of the darkness, followed by a haunting flute and you feel the hairs on the back of neck rise just as the powerful and irresistible solo breaks out, low and menacing. The sax solo that follows is dynamic, hypnotic and yet chaotic and full of angst, seeming to match the feeling of the song perfectly. A complete antithesis to the dark and sombre feel of the previous song, Amen To That is written about a city guy who decides he needs to get out of the rat race and buys a house in the Scottish Highlands in order to discover his own self. The uplifting acoustic guitar and inspirational vocal delivery really give this song a feelgood factor that is off the scale. You just cannot help yourself from singing along with the totally addictive chorus and tapping your toes to the incredibly catchy, hook infused, music. A song about escaping the ever increasing pressure and drudgery of a 9-5 life and living a life of freedom that most of us can only dream about.

A song about total self-destruction with the positive underlying message, “A life worth living, is worth living…”, Anyone Out There is a track with a harsh message that is delivered with sentiment and poignancy. The vocals drip with intense fervor and yet have a warmth deep in side and the music just seems to want to hold you in its comforting embrace until the world is a much better place to be in. An intense and potent chorus hammers each word home, a song initially dark that opens up to deliver a message of hope, highlighted by the wonderful sax at the end, powerful stuff! Don’t Wait For Me talks about someone who is totally obsessed with you and won’t let go, to the point of madness. A resolute and earnest song with an underlying urgency, the music has a sober feel to it to match the austerity of the vocals. There is an almost dreamlike feel to this track in places, as if you are watching yourself from outside of your own body. To me, it is a good song but one which lacks the utterly compelling and intense nature of most of the rest of the album.

I grew up with the comic strip ‘Calvin and Hobbes’ by Bill Watterson, I bought every anthology and have passed them around my friend’s children so they could enjoy these delightful comic strips that celebrate life through the eyes of a child so I was really happy to see that Ray is a fan too and had recorded Calvin and Hobbes, written by his friend Scott Spence, about these two wonderful characters. The song was written for Scott’s daughter who is a huge fan of the two and is about how imaginative life can be through the eyes of a child where you can be a space explorer, travel through time and where everything is possible and everything is fun. A wonderfully nostalgic song, beautifully written and wonderfully performed. The gentle piano and vocals just invoke images of a life where everything was just better, long summer days filled with fun and adventure. The graceful chorus just leaves a lump in my throat as this powerfully sentimental song brings back memories of my childhood when life was so much simpler and I feel a slight sense of something lost as this enchanting song comes to a close. The final song on the album, The Spirit, is in some ways a homage to ELO’s Wild West Hero and the feeling of escaping on and endless journey that Ray got when listening to it as a child. Another song full of wistful nostalgia and one with a guitar note that does bring back memories of the westerns that I used to watch as a child. There is a definite mood of escapism throughout the song, a feeling of being taken back in time and dropped in the middle of America’s Wild West and I, for one, certainly wish I was a Wild West Hero…

Ray Wilson has taken us on a deeply personal musical journey full of hope, despair, pain and, ultimately, salvation and I was hooked on every word, every note. This is music at its very best, written from the heart and full of the passion and soul of the artist. This is an album that I will return to again and again, no matter how much new music crosses my path and is surely a collection of songs that can, and will, stand the test of time.

Buy ‘Makes Me Think Of Home’ direct from Ray Wilson