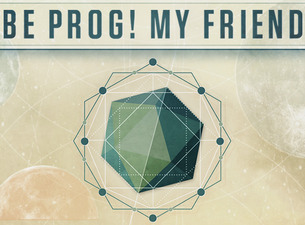 Since its inception in 2014 the Barcelona based festival Be Prog! My Friend has played host to the likes of Opeth, Steven Wilson, Anathema, Devin Townsend, TesseracT, The Pineapple Thief, Magma, Agent Fresco, Camel, Meshuggah, Katatonia, Riverside, Ihsahn and Alcest.

This year saw the festival co-headlined by Steven Wilson and fellow progressive heavy weights Opeth. So far for 2017 Be Prog! My Friend have announced the legendary Jethro Tull as Saturday’s headliner alongside Norwegian music collective Ulver, Anathema, Animals as Leaders and Caligula’s Horse. While Marillion will headline the Friday. Now Be Prog! My Friend have announced that Mike Portnoy’s Shattered Fortress will join the bill. Mike Portnoy comments:

‘I am so excited to be bringing my Shattered Fortress show to Spain and Be Prog My Friend! The Shattered Fortress is myself and an all-star Prog lineup performing Dream Theater’s 12 Step Suite live in it’s entirety for the first time!

This is not “a new band or project” for me, it is an exclusive event that will be making several select live appearances in select markets throughout the world in 2017…and Be Prog My Friend is one of the selected shows!

The setlist at the show will be comprised of the 12 Step Suite and select other Dream Theater songs that I’ve written the lyrics to.

Keep in mind, I have no plans (or interest) in revisiting DT material in any of my other bands…this is not an ongoing “project” or career move…this is merely a unique event that I am doing in select markets in 2017 to share with fans around the world…so catch it while you can!!’

Tickets are on sale now at the fixed price of 130 Euros: