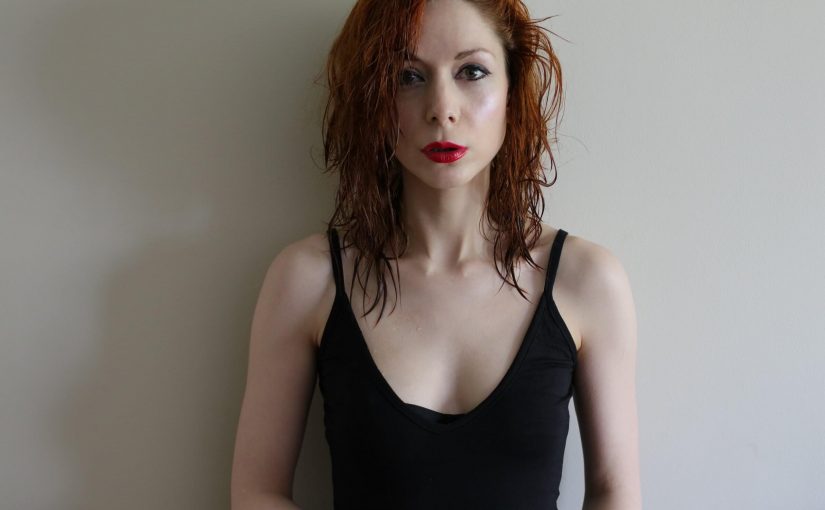 Ahead of the release of her second album, The Anchoress is releasing a track a month and revealing more details of ‘The Art Of Losing’ due for release on 5th March 2021.

‘Unravel’ is the second song to be unveiled and arrives alongside a striking video featuring the work of New Zealand photographer Lily Warring, inspired by David Lynch’s Mulholland Drive. The track announces itself with string quartet that unfolds to a pulsating beat that collides with Cure-esque guitars, vintage synths, and a mournful vocal: “I locked myself in a cupboard to record the vocal to capture that sense of claustrophobia when you feel as if you don’t know where to turn”.

This song follows the current/first single ‘Show Your Face’, which was premiered in November by Steve Lamacq on BBC 6 Music and quickly added to the station playlist as well as receiving airplay across the country. The NME premiered the video and Catherine discussed the tracks’ theme of toxic masculinity and the #Me Too movement. The album has also entered the Amazon Hot New Releases pre-order sales chart at No.1.

Written and produced by Davies, ‘The Art of Losing’ ambitiously navigates the detritus of death and the process of trying to climb out of it and make something from it. In the aftermath of several years of huge personal loss, after the untimely death of her father from an aggressive brain tumour, undergoing treatment for cervical cancer, and navigating multiple miscarriages and surgeries, the record follows Dylan Thomas’ instruction to “rage against the dying of the light”. And there is nothing sonically “gentle” about its enquiry. But despite the unhappy backdrop to its composition, the album is a far from dour affair. Rather, the fourteen tracks create a technicolour eruption of emotions, firmly concerned with how to find purpose in the midst of grief: “Was there some purpose to losing my mind?”, she asks on the Depeche Mode-inspired title track: “What did you learn when life was unkind..?”

The title of the album is inspired by the opening line of the Elizabeth Bishop poem ‘One Art’ – perhaps unsurprising for someone who also holds a PhD in literature (“which was how I funded making album one… education was my only way out of the life I was born into.”). Conceptually, the record covers ground beyond loss in its literal form: First single ‘Show Your Face’ responds to toxic masculinity and leans in to the #MeToo movement (amidst the angular guitar courtesy of James Dean Bradfield), while the patriarchal dynamics of the music industry are explored on the wurltizer-led ‘With The Boys’. At the emotional centre of the album is ‘5am’ – a haunting song that looks at the visceral physical impact of sexual assault and baby loss, with its quiet but powerful contemplation of the shared female experience.

There’s a Scott Walker-eque baroque feel to the voice at the healing heart of the album, which is bookended by a series of Max Richter-inspired orchestral instrumental pieces. Loss is figured in both its raw newness and as a propelling energy, with hook-laden nods to Bowie’s Berlin-era . ‘Unravel’ announces itself as a twentieth-first century reworking of ‘Running Up That Hill’, colliding with the chorused guitars of The Cure. Elsewhere, the John Grant and Father John Misty flavoured ‘Let It Hurt’ explores “the ways in which we distract ourselves from grief”, while the sound-collaged segues recall the more experimental side of Prog.

‘The Art of Losing’ is a sonically ambitious album that is helmed by Davies on sole production duties – a move she said felt natural after having a “side hussle” in engineering and producing for other artists and bands: “I feel passionate about the idea that it shouldn’t be a novelty to see women behind a mixing desk. There’s lots of us out there!”. To finish the self-produced record, Davies called upon the mixing talents of Dave Eringa (Manic Street Preachers) and grammy-award winner Mario McNulty (David Bowie, Laurie Anderson).

An accompanying podcast features guest interviews which explore why we create and what we learn from loss, featuring conversations with Welsh poet Patrick Jones, writer Kat Lister, and Empire editor-in-chief Terri White.