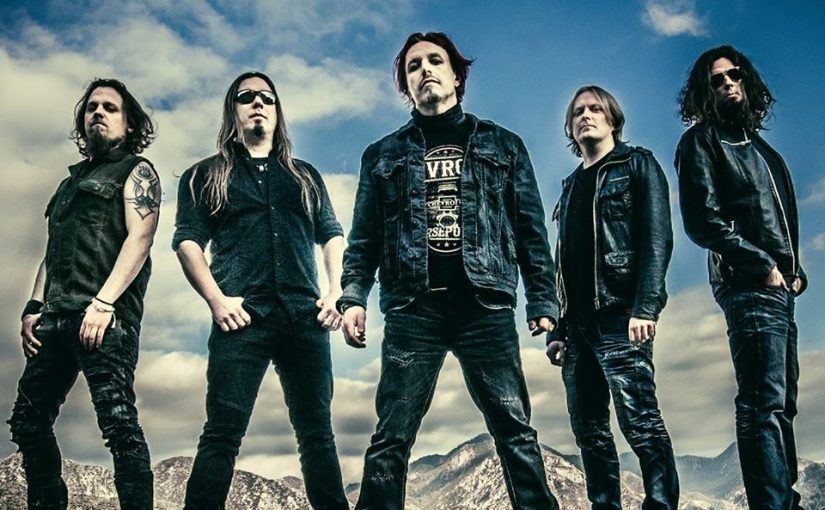 Prog/Symphonic Metal is a crowded market and each band has their devoted following. I have my favourites, fully aware there are many more out there doing well for themselves in this genre that I have never heard. It doesn’t mean they aren’t any good or they do not tickle my earbuds, merely the fact I can only listen to so many in the time I have.

And so it is with Sonata Arctica, a lively bunch of lads from Kemi in Northern Finland. The roots of the band grew from a hard rock band Tricky Beans formed  in 1995, changing direction and band name to Sonata Arctica (on the suggestion of a friend) inspired by fellow Fins Stratovarious.

With emphasis on the strong keyboard/keytar melodies of Henrik Klingenberg, bolstered by Pasi Kauppinen’s bass and Elias Viljanen’s guitar rhythm line, Tommy Portimo’s ice shattering drums line up alongside Tony Kakko using both his cool falsetto and tenor voices (fleshed out further with backing vocals from the rest of the band) to bring a heavy snowstorm of sound across the frozen wastes for your pleasure.

‘The Ninth Hour’ is also their ninth album, funnily enough, but it is also a reference to the moment Christ is said to have died on the cross. Whilst not religious Tony Kakko says it echoes some of the lyrical themes and also inspired the idea for the rather fabulous album cover painted by Toxic Angel. It can be seen as a metaphor for a society skirting the edges of war again, in a world where environmental pollution is a daily concern and people ignore the damage we cause to Mother Nature at our peril, a common theme for many bands recently.

It’s a very polished album from a band confident in their sound with the songs never seeming downbeat, whilst the lyrics may illustrate the doom ridden earth we are creating. The quality of music shows why they have been asked previously to tour with their fellow Fins and Nightwish among others. Closer to an Animal, first track and single is not as heavy as I expected and at times reminds me of  Magnum in it’s structure. A lively little number to start and sets the tone for the album with swathes of Henrik’s  keys and flourished guitar soloing from Elias as Tony warns we abuse what we have.

There’s a slight Celtic feel in places as Life starts with a Nightwish style introduction on this warm song encouraging you to live your life, blowing away the cold icicles of day to day mundaniety from your mind.

Don’t believe all you are told comes the warning in the chilling Fairytale, blindly following like sheep and allowing ourselves to be manipulated by those corrupted with power. Edited, this catchy number would make a good single with it’s sing along chorus and it is one of my favourites on the album.

Time to seek shelter from the cold and relax in warm comfort to contemplate why We Are What We Are, the destroyers of worlds. Can we turn it around? Is it too late? Can we save what we are losing on this powerful refrain to the Earth.

Thrown from our reveries into the Arctic winds of tumultuous affairs of the heart, Till Death’s Done Us Apart sees us stung by the frozen crystals of emotion as they get buried in the snowy drifts of rampaging instrumentation. As the evening closes in we find ourselves Among The Shooting Stars. Tinkling keys echo in the night on this rock ballad full of streaking lights of emotion and rousing chorus as you wander under the moonlit sky, the warmth of love protects you from the chill. A Husky sled full of guitars hurtles towards you in Rise a Night,  to carry you across the glistening flows of ice and snow. The evening air rushes past with Kauppinen’s bass heightening your senses on a flurry of guitar riffs as the vocals whip around your head, whilst the the thrumming of Portimo’s drums like sled rails bouncing across the ground, quicken the pulse and spray key-notes into the atmosphere. A ride of pure adrenalin before you Fly, Navigate, Communicate and you ease to the steady pace of a fairly generic rock song which then picks up in the latter half. Whilst Tony’s vocal range is displayed extensively on this track it feels like an unused tune from a Europe album and the singing doesn’t quite match Joey Tempest.

Lights flicker in the darkness as Klingenberg’s piano plays on the Candle Lawns, issuing in the lovingly written ballad on this Finnish fairytale of an album, caressed with sweet soloing guitars on a track reminiscent of Darren Wharton’s ‘Dare’.

The lapping waters of an icy sea and cries of sea-birds carry us on to the epic track White Pearl, Black Oceans Part II “By The Grace Of The Ocean”, which I believe is a sequel to a track of the same name on the 2004 album ‘Reckoning Night’ (that’s my homework done). Steadily building orchestration and delicate keys, interwoven with heavy guitars and lit by a fireball of a guitar solo from Viljanen, mid-tune, reflecting on the ocean of sound around him as the song sails away.

Which brings us to the grand finale as we cruise On The Faultline (Closure To An Animal), a crowning glory to a frozen throne. It feels like all the previous tracks were made to lead to this on a song which starts with piano led vocals so dramatic they could have been written for a West End  premier musical  production. It slowly drifts, so gently you struggle to remember when the the rest of the band join in so seamless is the transition on this delicate, heart-achingly beautiful tune. Then as if snatched by a last chilled gust of wind it fades away the final notes dissipating in the rarefied atmosphere as a distant whistle signals a close.

This has been an adventure for me, guided warmly through this wintry landscape of an album warning of portents we bring upon ourselves, the variations catching my ears and nestling in my head. I shall definitely be giving this a few more spins and if you are a fan of the sub-genre then I can heartily recommend ‘The Ninth Hour’.