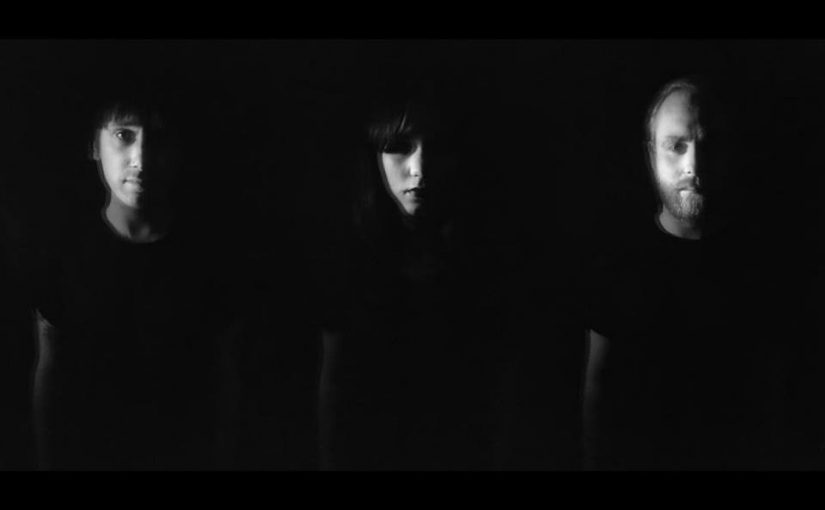 Glasgow Based FVNERALS’ Tiffany, Syd and Chris sit in that dark world of Doom, Ambient, post rock, shoe Gazing alternative music. There is nothing, and I mean nothing, upbeat about the music this trio produce. No, that’s not insulting, it’s just a fact about the music they produce. This is their fourth release and they have been around since about 2012.

The name evokes an image and the music reflects that right back in the mirror.  If can imagine the Cocteau Twins meeting Trent Reznor and then having a session with the Tangerine Dream (circa Zeit) then you have some idea of what to expect.

The sound is huge but full of space for Tiffany’s voice to swim in the soundscapes, more as a complimentary instrument than a vocalist putting lyrics over a song. This is Goth/industrial in the great tradition, following its predecessors and then leading the way to a different feeling. Their contemporaries, the likes of True Widow, Chelsea Wolfe and, to a lesser degree, Sigur Ros are ploughing the industrial furrow in an interesting way and getting an audience for it.

It is pointless doing a track by track description as this is an album that generates a feeling rather than songs which I would normally avoid except that we must never restrict ourselves to one path for we may miss much that is rewarding.

I will talk about Crown, the slow grinding guitar reminiscent of Tony Iommi on the first Black Sabbath album but without the release of any of the tension that builds from the beginning to the last 2 minutes, when it is replaced by a plaintiff keyboard and acoustic guitar sound. It lets you free long enough for a breather then goes straight into the next track Antlers. This is a lesson in guitar distortion and the use of Tiffany’s voice to provide a theme into an ambient openness drifting along on the current of the music. The closer Where is the most Spartan of all the tracks and it has a deep sense of loss and dread from beginning to end,  I would draw a connection to early Anathema here, if anyone needs a link.

To sum up really this is not even close to mainstream and it’s progressive music in that its seeks to find a place of its own that is as far from the 4/4 3 minute pop song of the “X factor” as you could possibly get. It has an atmosphere that is at the same time chilling and terrifying yet has a sense of comfort at the core.

None of the music is fast paced banging or hectic, it has a consistent rhythm to it.  If want something that is away from the mainstream and has a sense of ambient darkness then this is the one you want.