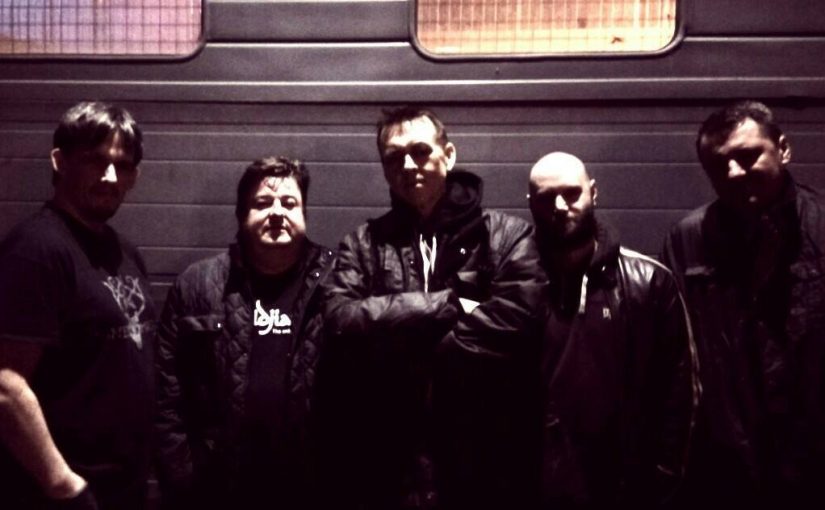 So, the opportunity to review an album from a new band. Not just a new band but one from Leeds, where I grew up. We’re a proud bunch us Yorkshire folk and we like to think whatever we do is quality. One look at their website shows they’re not a young bunch so I would expect them to carry some hefty experience in with their music.

They say their influences are from the 70’s and 80’s pioneers, should I worry? You see I was and still am a big fan of the music and bands of the Neo-Prog era and wary of this current trend for new bands emerging and trying to imitate 70’s/80’s sounds. A lot of it leaves me cold. Progressive music should be just that, not regressive. So Gentlemen you now have your work cut out to convince me, as fellow Yorkshiremen I expect great things.

So lads and lasses daft enough to read this, let me introduce to you This Winter Machine:

A piano intro floats above a noisy crowd introducing us to The Man Who Never Was, and a lone mournful guitar with Marillion like keys drift in as the crowd disperse and the bass, drums and vocals complete the contemplative sound. Broken into four parts, ‘(i) Asleep’ shows a changed man reflecting on the mistakes of the person he was, before ‘(ii) Dreaming’ of the mistakes which have brought him down to his current state. At his lowest ebb he stands in the ‘(iii) Snow’ on the brink, when realisation dawns and he knows what he needs to do to try and shed the past. Now ‘(iv) Awake’, he sees where he went wrong, but ignoring the voices in his head, carries on.

You get caught in the endless merry go round that is life and not always on The Wheel you would like to ride. It can be a cold vicious circle quite bleak, leaving a chill in your soul from the introductory  mournful guitar. The lyrics betraying the confusion and desperation of choices and temptation leading you down the wrong path in a driving riff and insistent rhythm, to search for something you may never find.

After the cold winter wind of the last two tracks, this starts sweetly with a guitar chord Lullaby and the sound of a happy young child playing only to be crushed by a doom laden synth sound and crying guitar as the pace picks up in this pleasant instrumental.

I’m sat writing this on a cold, damp rainy day but that is not the feeling I get from this album. Despite the despairing lyrics the cover of the album is more indicative of the mood, across a chilly snow laden scene but with an air of calm.

The loss in a relationship, holding on for a reconciliation that will never materialize After Tomorrow Comes in the wistful yearning of the melody and heartfelt words. Sometimes no matter how hard you want something it won’t happen.

Fifth and final track Fractured shows the excellent quality of the musicians as all are given chances to shine, with Marcus’ flailing drums especially to the fore and the pumping bass from Pete pulsating throughout. Al sings of fractured lives and yet we still go on ‘confused and undecided’ as the gang pick up the pace with the bubbling keys from Mark and a delicious final guitar solo from Jevo sees us out.

Only five tracks on this and leaves me wanting more. Yes they are derivative in places with comparisons from Marillion to IQ, Pendragon and every other band of this ilk, but it works. Their recent support of Magnum shows their worth.

All the band members are on their game and despite the emotional heft of the lyrics I found it most enjoyable, particularly the guitar solos. Though I hate to praise any member of a band more than the others, Jevo plays the sort of guitar I could listen to all day, echoing the likes of Steve Rothery, Mike Holmes and Nick Barrett and holding his own quite capably.

If a band is to wave the flag for a modern evolution of a Neo-Prog revival and raise the standard for the white rose of the independent state of Yorkshire and our beloved country, then let’s hand the banner to This Winter Machine and let them run with it. I for one would like to see what impressions they can leave in the deep snows of winter and carry them forward to a bright future. It could end up bright and we may need shades.

The album is available now, brighten up your winter and grab a copy, I intend to.

Buy ‘The Man Who Never Was’ from Progressive Gears