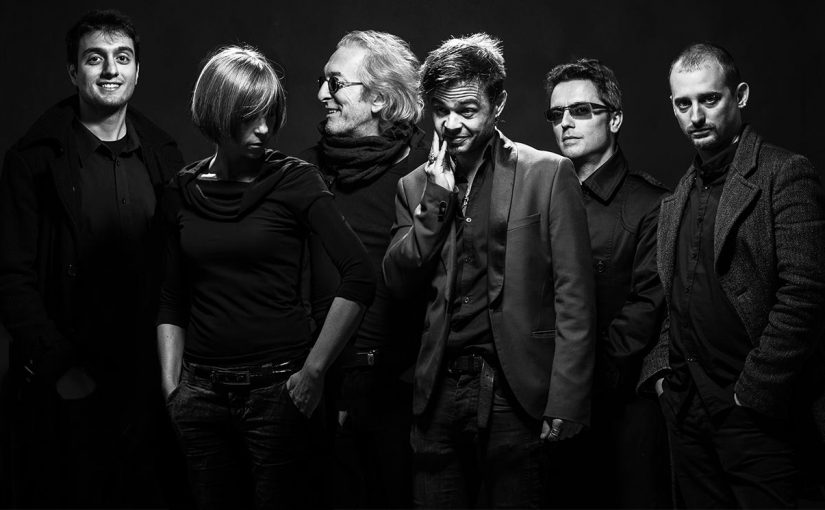 The tireless rock band from Turin have announced a new concept album dedicated to the ‘Song of Songs’, with two great special guests: Steve Hackett and Ray Thomas!

“We make a very expressive and quite symphonic music, so that one day I began to define it movierock! “Sometimes it is really comparable with the “film scoring” composition’s style and founds itself on the idea of the concept album not on a more segmented speech of unrelated songs.”

Nik Comoglio is ready for a new season with Syndone and with the highly anticipated new album ‘Eros & Thanatos’, released by Altrock/Fading only two years after the excellent ‘Odysséas’.

Thanks to the success of 2014’s ‘Odysséas’, Syndone strengthened their six-piece line up with a string of well received live performances, combining the rhythmic power, the charisma and the energy of rock with the dynamism, the charm and nobility of classical music.

This time lead singer Riccardo Ruggeri has attemped  a re-envisioning of the Song of Songs:

“The human being’s journey through its tensions, passions and emotions is something deeply fascinating to me. When these elements join with Science, Research, the Ethnomusicology, the history of raped territories devasted by religious wars, the cocktail becomes lethal… and hit me. I’ve read the “Song of the Song” for a year collecting materials and information taken from internet and libraries; I  forfeited images, absorbed the point of view of Guido Ceronetti, lived my personal life experiences in the meantime… then I let this bag explode on Nik’s music. it was exciting, and it’s still a thrill for me to hear it.”

Skilled in uniting the stylistic continuity with the refinement and the addition of new elements, Eros & Thanatos has something more, as pointed Comoglio:

“The most important difference from Odysseas is now finally you can hear a real band. Thanks to the several gigs we played the line-up has now become so established to give an added value of unity and style to the new work, being more cohesive. Then the string orchestra, which opened a new, more powerful and interesting sound, the Arabic and Hebrew sung, which emphasizes the derivation from the ‘Song of Songs’.” 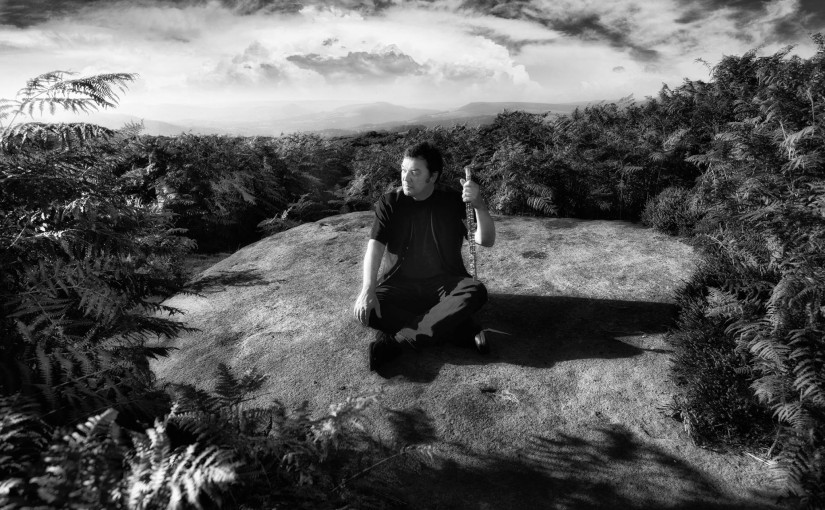 Stepping into the chair and taking a break from his Flight of the Skypilot blog is my good friend John Simms. When someone steps out of their usual musical genre and produces something different, it can often spark some interest. John Hackett is well known in musical circles as an accomplished flautist, and has contributed to ambient and dance music as well as classical and progressive recordings.

The majority of his recorded output in recent years, in his own name, has been classical works – often self-penned and usually with classical guitar accompaniment. Indeed one of his biggest selling albums was ‘Sketches of Satie’ recorded with brother Steve in 2000.

The new album ‘Another Life’ is different in that it is a rock album – even a progressive rock album! Only once before has John done anything similar, with 2005’s ‘Checking Out Of London’, and here again he has called on the talents of Nick Clabburn to provide the lyrics for the 13 songs.

This is an album of contrasts: light and shade; rock, some quite poppy moments, and more quiet, meditative tunes. John plays not only his trade-mark flute, but also guitars, bass and occasional keyboards. His main collaborator is Nick Magnus, and this – along with the frequent appearance of Steve on guitar – gives the album, for me, a feel reminiscent of some of Steve’s earlier solo work.

The vocals are strong (without being overpowering) expressive and varied, with a good use of harmonies, and I couldn’t help feeling that maybe Steve should have used him in this capacity on some of his own solo albums, particularly when he was beginning to sing his own material.

John’s guitar work is not to be sniffed at, but it is with flute in hand that he really excels. In the opening song, Another Life, there is some haunting, swooping flute work which brought to mind his work on Tigermoth on Steve’s ‘Spectral Mornings’ album, and Life in Reverse, one of the quieter songs, uses the flute where others would put in another guitar solo, and does so to great effect. This song, along with Poison Town, has a definite sound of Tim Bowness about it, and I would love to hear Tim’s take on either of these tracks.

Satellite deserves some special attention, featuring as it does not only Steve – but on harmonica rather than guitar – and Anthony Phillips on 12-string. It has a blues-y, Neil Young vibe with a tinge of early pastoral Genesis that can only come with Phillips’ signature style.

For those who enjoy their music a little on the soft side, this is a collection which repays repeated listening: good, though not great, but still a worthy addition to John’s canon and repertoire.

About the author – John Simms

John Simms is a long term Prog fan in his mid-fifties from Yorkshire, currently living in exile in Cumbria. By day (and sometimes at night too) he works as a Methodist clergyman, and when not doing that he scours the outer reaches of the Progressive universe searching for musical nuggets. This latter endeavour is slowly bankrupting him.

John’s blog ‘Flight of the Skypilot’