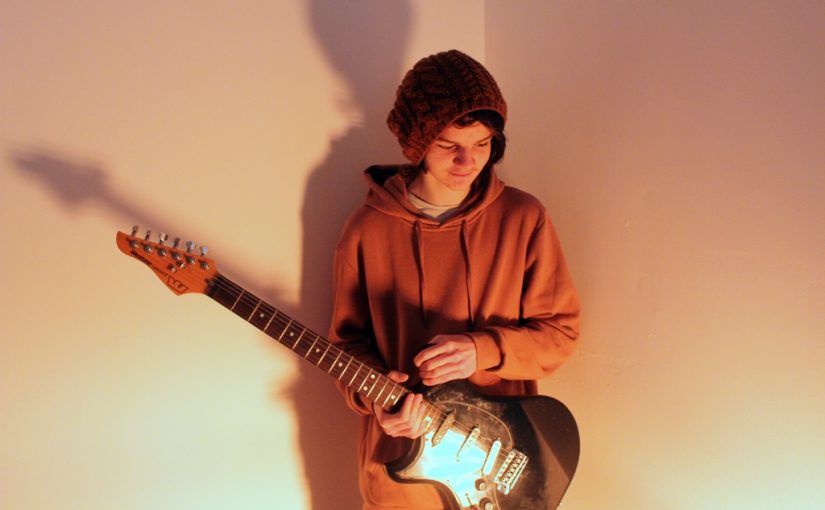 “The flicker fusion threshold (or flicker fusion rate) is a concept in the psychophysics of vision. It is defined as the frequency at which an intermittent light stimulus appears to be completely steady to the average human observer.”

Flicker Rate is an Instrumental, Guitar based Progressive, Post Rock / Math Rock Solo Project that fuses progressive ambient guitar playing with strong creative melodies and riffs to produce progressive songs that keeps the listener interested throughout due to the cinematic build that each song holds. Spencer Bassett played and recorded all instruments on this record, which was also mixed and mastered by John Bassett from the project Arcade Messiah. I reviewed Spencer’s first eponymous Flicker Rate EP and had this to say about this talented young man:

“What Spencer has done though is mould it into his own creation and it is something of which he should be very proud. Keep an eye out for Flicker Rate, this is a musical project that is definitely going places.”

He’s an unassuming, affable young man and has always been unfailingly polite whenever I have spoken to him and this is reflected in the meticulous creativity of his music. The opening and title, track Reframe is a wistful, cultured piece of music that brings to mind days of sepia tinged nostalgia. The hazy days of high summer when you had not a care in the world. Let the sun warm your back and the wonderful music wash over you.

There’s more of an edgy tone to Summit with it intricate riffing and stylistic drums. Inventive and intelligent, there’s a questing tone to the insistent beat, one that gets under your skin and won’t let go. Spencer has all the chops and is happy to let us see that but is never pretentious in any way and is also content to ply his own trade and not hang on to the coat tails of his illustrious father. Where John Bassett has become king of the incredibly dense wall of sound, Spencer is a whole lot more subtle and understated in his style. There’s a lovely about-face towards the end of the song where the music takes on a more sombre tone and feel, bringing the ambience low down and laid back and the song closes with an air of mystery and unfinished business.

Spectrum has a real world music, jazzy character from the start, the staccato guitar and drums almost reminding me of Flamenco at times. An uplifting melody but also one that has a serious undertone, a performer who is playing through some unknown pain or tragedy perhaps, it certainly touched a nerve with me in parts. Clever and creative.

The final track on this EP is Airspace, a thoughtful and contemplative piece of music that could have been taken from the soundtrack of a science fiction movie. It may just be me but, at times, I was getting transported back to 1981 and ‘Ghost In The Machine’, released by the legendary The Police. The repeated rhythm of the guitar and the sober, serious deadpan delivery just reminded me of tracks like Spirits In The Material World and Invisible Sun. It is a song that shows the growing maturity of this excellent musician.

Spencer has, once again, exceeded my expectations with his latest Flicker Rate release. Improving on the debut EP but still keeping his signature character, ‘Reframe’ is a composed and self-assured piece of work that showcases his talent brilliantly, we just need more of it! 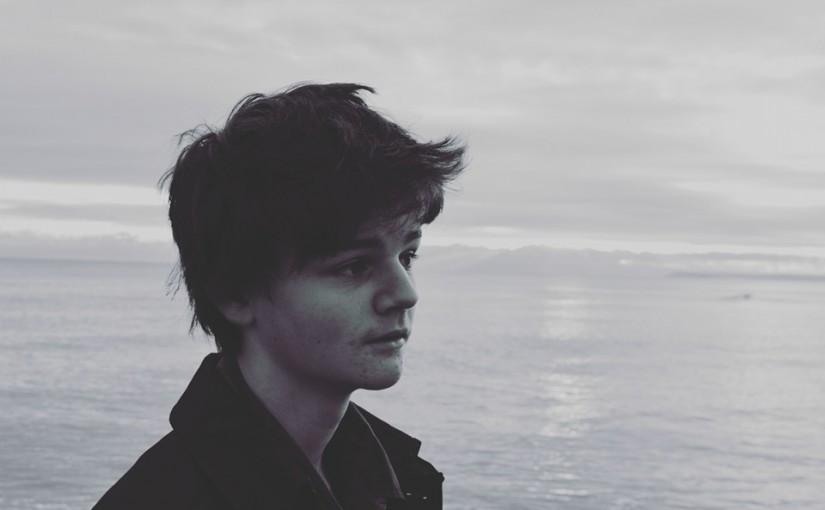 Mention the Sussex coastal town of Hastings and what comes to mind? Well, there was 1066 and the great battle I suppose but I had to dig deeper to find out much more….

“Historically, Hastings can claim fame from the Battle of Hastings, and later because it became one of the medieval Cinque Ports. Hastings was, for centuries, an important fishing port; although nowadays less important, it still has the largest beach-based fishing fleet in Europe. The town became a popular spot for ‘taking the waters’ (therapeutic bathing in the sea) in the 1760s, and then, with the coming of the railway, a seaside resort.”

More recently, well for me at least, it has been for the music of John Bassett (he of KingBathmat and Arcade Messiah fame) so, when I was approached by a young gentleman called Spencer Bassett about his musical project Flicker Rate, I put two and two together and actually came up with four for once!

Yes, young Spencer is actually the son of the celebrated Hastings’ musician John, could we be looking at a chip of the old block? Had some of his musical pizzazz worn off on his offspring? I was very interested to find out… “Flicker Rate is a instrumental atmospheric post/math rock based solo project formed by 16 year old multi-instrumentalist, Spencer Bassett, all music is mixed and mastered produced and composed by Spencer Bassett.”

So says the bandcamp site where you can purchase the eponymous 4-track debut E.P. and it sounded very interesting so it was time to dive in and see what we had in store for us…

The first track is Valhalla and it starts in a very ominous frame of mind with low down guitars and stylish drumming imparting a vision of a post-apocalyptic landscape with a pensive aftertaste. The music seems to dance caustically across your synapses leaving  a sharp jolt with every note. Yes, there are paternal hints but this young man definitely stamps his own style on proceedings. A first-rate introduction to the post-rock/progressive instrumental musings of Spencer Bassett.

Evident adds a definitive harder edge to proceedings with an opening riff that can fell giants and decimate mountains. A slow paced, ponderous leviathan of a track that seems to pulverize your organs with every beat and, you know what, I’m loving it! Call me a musical masochist if you must but the sheer ferocity and weight of the music just blows me away in the best sense of the word. It powers in to the realm of chaos towards the end and becomes a monstrous, malevolent thing of wonder, this guy has the musical chops way beyond his tender years.

Two minutes of intense musical virtuosity, that is what you get from Small Sun with a chugging riff and persistent drum beat that literally drag you along in their impressive wake. The track opens up with a further edgy riff that hits you with its metronomic fluency and the whole song just exudes class from the first note all the way through its too short one minute and fifty-five minute running time.

The most relaxing track and a great way to close out this mini-musical fest is Elusive Rain. A really classy strummed riff overlays some intricate and stylish drumming. At the heart of it all is a plaintive guitar note that seems to be crying out for attention. the gentle feel is blown away by a huge riff that appears, stage left, like a sonic tidal wave and lifts this sonerous smorgasbord onto a higher plane. Music that seems to tear through your very fabric of being to leave  lasting reminder of what has gone before.

Wow, I’m left in stunned silence by that twelve minutes of seriously impressive music. It is one of those E.Ps where you will simply keep pressing play to listen to it again. I’ll pull no punches, John Bassett’s influence is there, no denying it, in fact, what John himself had to say was,

“…..the boys done well, i’ve given him a few tips, especially with promoting himself, other than that i’ve pretty much left him to it.”

What Spencer has done though is mould it into his own creation and it is something of which he should be very proud. Keep an eye out for Flicker Rate, this is a musical project that is definitely going places.