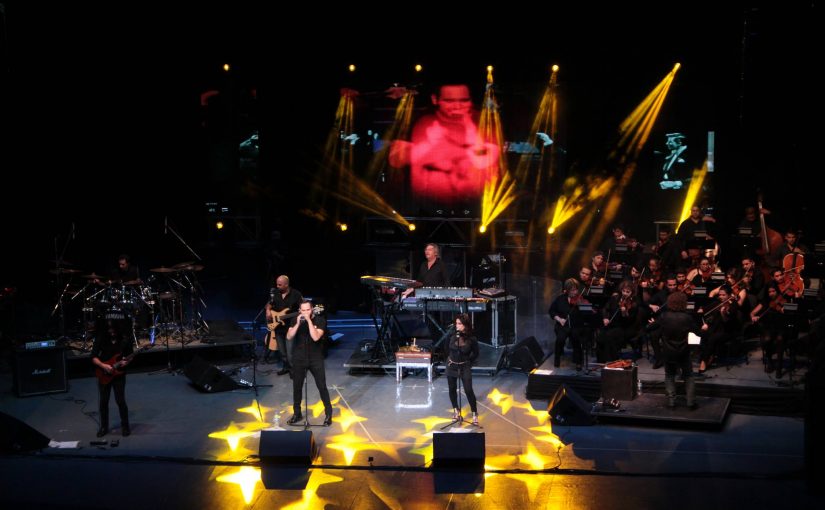 Apparently there are two bands called Cast, I wasn’t aware of this, and like so many bands that have the same namesake (think English Nirvana and American Nirvana – about as far removed as is possible to be) the Mexican progressive band Cast are both sonically and geographically removed from their jaunty Britpop counterparts.

Formed in Mexico in the late 70’s this is their first album since 2015’s ‘Cast Vida’, and whilst it is very much traditional prog rock, and well produced and performed, there is a slight feeling of having heard it all before, and in some instances done slightly better.

The opening 11 minutes plus of Rules of the Desert features some great guitar and keyboard interplay from Alfonso Vidales and Claudio Cordero, however too many of the keyboard solo’s are very Wakeman-lite, and with too much power and not enough outcome, there are large musical portions that veer too closely to pastiche rather than plausibility.

The title track has some wonderful symphonic work, and a beautifully understated piano and guitar interlude, with fine violin work by Roberto Izzo, that builds into a great piece of music, whilst the lyrical performances are superb, and it’s when they do something a little different on this piece that is where the album works, it is almost soundtrack like in it’s scope and the vocal interplay between Bobby Vidales and Lupita Acuna is great.

However for every moments that soar like on Power and Outcome, unfortunately there’s also too many prog by numbers moments for my liking, there are plenty of bands out there who are doing exciting new things, and on this album Cast can play and perform with the best of them.

Details is split into two parts with a) Circle Spins being a big power ballad that would fit nicely into a musical, with it’s emphasis on the lyrics, while the musical accompaniment could have fallen from the West End, whilst it’s counterpart b) Start Again is all dramatic strings, mellotron, guitar and power and fury, however it’s all be done before with Jon Lord’s classic/rock crossovers in the 70’s and the real stand out is the violin solo. I do feel that at points on this album they show flashes of brilliance, however they are dragged down by the weight of their own history and the genres history.

This viewpoint isn’t helped by tracks like Through a Stained Glass, that mix Yes, with Genesis, and some very traditional prog sounds, that makes it very cliché ridden unfortunately.

That’s the problem I have with this album, it is well made, well produced and the band are undoubtedly talented but for every thing fresh they throw in the pot, they also regurgitate prog clichés as well.

With tracks like Illusions and Tribulations clocking in at over 9 minutes, I do think that they could have trimmed some of these tracks down, as again there is guitar and keyboard interplay that brings Wakeman/Howe to mind, as well as some of Ricks solo albums, and whilst it might have been original back in the 1970’s, it’s lots a lot of it’s lustre, because if I want to hear Wakeman/Howe soloing I will put Yes on.

If I want 70’s prog I will listen to Yes, Genesis, VdGG et al, and unfortunately as the prog bar has been raised so high by so many in such recent years, doing what you always did will not get you the same results as it may have done five or ten years ago.

This will probably be fantastic live, however on record it’s not something I will be returning to.

If you’re a prog fan who moans that they don’t make them like they used to do, then this is your bag, for me it’s nice enough to listen to once or twice but it won’t be hitting the best of the year charts.