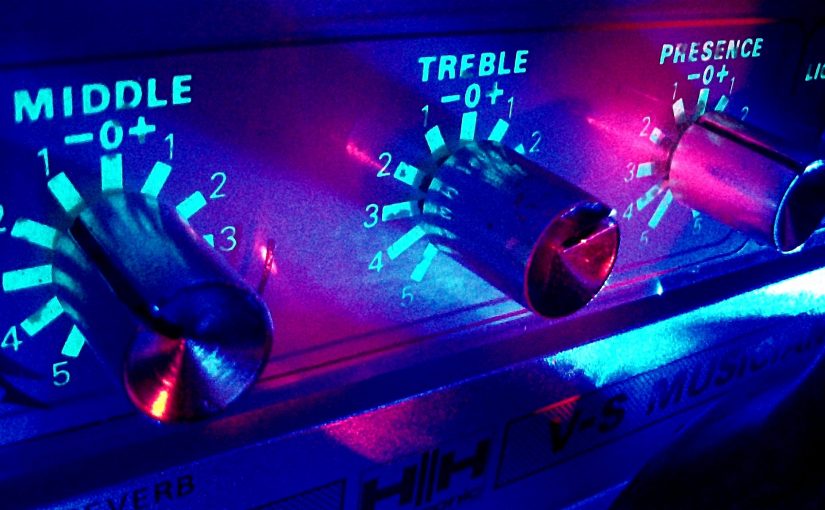 ‘Balinese gender wayang’, three words that don’t spring to mind, even to the most ardent musicologist let alone this enthusiastic amateur reviewer, but that is the instrument of choice of Nick Gray,the main driver of this project, along with Charlie Cawood (Knifeworld,  Mediaeval Baebes) and Rob Shipster (MatchMusic), latterly joined by Roxanne Aisthorpe as a guest vocalist and now a full member. A Balinese gender wayang (mainly because I wanted to know what one looked like.)

In the current climate of “Is it Prog-gate?” I am loathe to categorise this album in any shape or form mainly because it does defy pigeonholing and I do not want to get involved in a pointless debate.

To the music; Nick lectures in South East Asian music and this is a central pillar of the album with a very western twist. Percussion and rhythm sit front and centre in the whole album, as you would expect. Equally there is nothing traditional in the structure and form of the album, despite there being 7 tracks, it flows from beginning to end in complete connectivity.

Always with You opens with beeps and tones going into an insistent rhythmic drive (from the said gender wayang) that gives an electronic dance music feel but not a 4/4 120BPM time signature. Roxanne gives a Rock In Opposition vocal performance, counterpointing the music beautifully. If it ran to 4 minutes then Radio One and the like would be all over this like a Bee is to nectar, but it runs to 10 minutes plus without repetition or tedium. This track sits very well in the current cadre of intelligent music coming from leftfield with no genre to call their own or willing to claim them. Her voice reminds me much of Mishkin Fitzgerald of Birdeatsbaby in tone and quality.

Free Of Stars takes me immediately back to my student daze (sorry, ‘days’) in the early 80s in Manchester. This is not because it sounds like the music of the time but because I spent much time in places like “The Band on The Wall” watching some of the dub reggae and toasting sessions with the sound systems of the time.  The heavy off beat bass line that is distorted in Dub style drifts through the track completely filling the sound,giving the sub woofer a great work out and it wipes out a few cobwebs in the process.

Dropping straight into Coming Down Again, a discordant violin and warped keyboard with Nick (I think) on vocals along with a sitar solo and, again, the east Asian percussion give this a unique feel and a sense of otherworldliness. Which I’m sure is the intention given the title.

Skipping a few tracks on, as I prefer to give a flavour rather than a blow by blow view letting interested parties find something to discover in this delightful album, we come to Circle of Light, which is very much the closest to western song structure and something that I can give potential purchasers a comparator to act as a frame of reference. If you own a copy of ‘Live Herald’ by Steve Hillage then add what he is up to these days with System 7 and then you will be close. I can see a remix of this working fantastically in the likes of Creamfields or, for the older ones among us, Tribal Gathering. It is trancy, danceable and contagious in a good way.

The album closes out with Dub of Stars which, as the advert says, does exactly what it says on the tin. Wide open spacey and full of huge bass and Dub “echoiness”, this is 2.00am crank the volume up bassiness to annoy the neighbours and have a groove to music. I defy anyone not to move to the rhythm of this song as they listen to it.

Now this is not music for the unadventurous, if you are a pastoral classical western music fan with a love of verse, chorus, verse, chorus, middle eight, verse, chorus, and instrumental close mentality, then maybe avoid it but you will miss out on something rather special. Fans of Gong, both the Daevid Allen and Pierre Moerlen versions, Firefly Burning, Steve Hillage, World music, Peter Gabriel or Kate Bush you will get something from this album. Bad Elephant Music is more and more becoming a beacon for quality, whether you like the output or not; there is no argument about that in my eyes. This album has that quality and its rich layered multi-instrumental structure dares to explore places that few are looking. However it remains accessible and not even vaguely in the ‘difficult to listen to’ box.