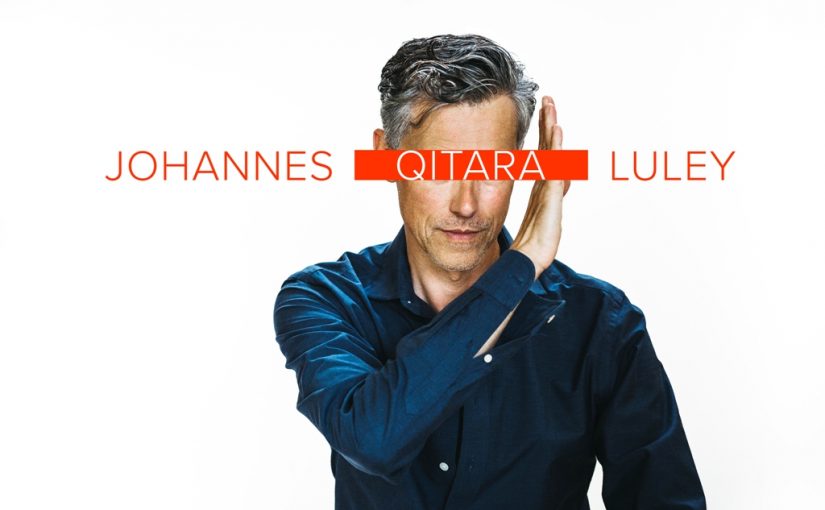 The guitarist from Moth Vellum and, more recently, Perfect Beings comes out with his second solo album ‘Qitara’ after 2013’s ‘Tales From Sheepfather’s Grove’ which, if I am honest, I have not yet heard but, after hearing, ‘Qitara’ I shall be it hunting out.

Johannes says this is a collection of music he has created over the last few years and was looking for a way to put it on an album for people to hear. The album is mainly instrumental with one vocal song Sister Six which is not that far from what Perfect Beings produce and has a very slow percussive atmospheric feel to it along with a psychedelic edge from a pseudo Sitar sound on the guitar parts and sweeping sonic landscapes.

The rest is instrumental and is essentially Johannes exploring musical styles, slipping from jazz to rock to avante garde via the progressive greats. Some of it is outright jamming by some amazing musicians, Soliloquist being a good example of that musical telepathy that happens when musicians get in sync and let things happen. Faces in Reflection is taken from the same mould and, although it is a George Duke, composition they take it to places that only they can do when in the moment. Both tracks have a deep jazz/rock crossover and are delights to these ears.

The Doer is classical guitar with a very open beginning which then flows into  a track that has Weather Report clashing with Frank Zappa at his jazziest.

Hot Sands has a fat chunky keyboard line with soaring guitar lines channelling a desert journey and the constant drive for thirst and water. Red and Orange, the other cover, is a Jan Hammer piece with tons of edge, drive and virtuosity  and yet is neither sterile or cold. Fans of Mahavishnu will find much to like here.

White City & Agni Rahasya have the feel of a homage to Steve Howe and his works with a big chunk of Luley interpreting the style.

This album moves across styles and genres but has jazz rock at its core. If you like Dave Gilmour, Pat Metheny, Frank Zappa, Steve Howe or Steve Vai then it has much to offer. There is a brief reunion with his band mate from Moth Vellum – Ryan Downe – on vocals. The sleeve notes are remarkably comprehensive for the guitar geeks of this world and the way he has constructed the album.

I would say that this is far from a mainstream album and sits in a niche of primarily instrumental guitar music. Having said that, I played Red & Orange on my show last week and it received praise and interest from the listeners. If I have a criticism then I would love to have heard longer pieces and more musical navel gazing and exploration from the album. It feels like he has edited down which makes me want to hear the stuff on the cutting room floor. But I suppose, as P T Barnum said, “Always leave them wanting more!”

Order ‘Qitara’ direct from the artist