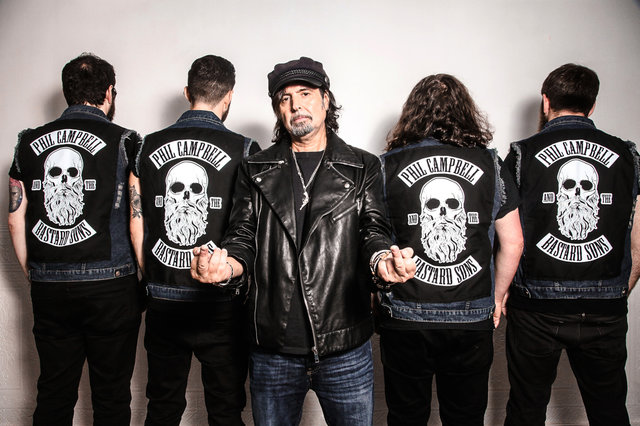 “We are proud and happy to announce that PHIL CAMPBELL AND THE BASTARD SONS, led by the legendary long time MOTÖRHEAD guitarist, have inked a worldwide record deal with Nuclear Blast.”

Commented Phil Campbell: “I am really pleased to announce that my band PHIL CAMPBELL AND THE BASTARD SONS have signed a record deal with Nuclear Blast. The label is home to some great bands, some of which are also very good friends of mine. Once we get back from the summer festivals we look forward to recording our first full length album!”

In celebration of the announcement, the band has put together the exclusive digital only live EP ‘Live At Solothurn’ (see cover below) which is available via all download and streaming platforms as of today!

More info on PCATBS:
Phil Campbell was the lead guitarist in MOTÖRHEAD for 32 years. He has toured the world, sold millions of albums and headlined the biggest festivals. Phil has a passion for music and it is this passion that has led to the formation of PHIL CAMPBELL AND THE BASTARD SONS.

The band is unique as it features Phil‘s 3 sons on drums, bass and guitar. The band is completed by Vocalist Neil Starr.

In November 2016 the band released a self titled EP and headed out on tours including a European tour with SAXON. Now in 2017 the band is finishing off the writing and recording of their debut full length album and are about to play shows with GUNS N’ ROSES and play many of Europe’s biggest festivals.