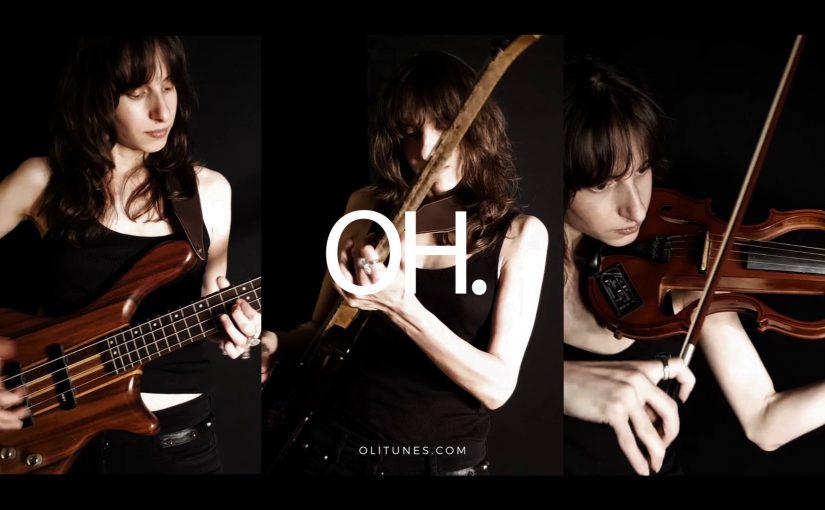 “I have an idea that the only thing which makes it possible to regard this world we live in without disgust is the beauty which now and then men create out of the chaos. The pictures they paint, the music they compose, the books they write, and the lives they lead. Of all these the richest in beauty is the beautiful life. That is the perfect work of art.”  – W. Somerset Maugham

Think about that quote for a moment, it is telling us that all of the greatest things that have ever happened in art are not due to order, they are due to the beauty that can be created from and by disorder.

Greek multi-instrumentalist songwriter and musician Olivia Hadjiiannou (more commonly known, by her initials, as OH.) has created some quite intriguing and wonderful albums that stem from a certain disorder, if not completely but, with her new release ‘Metallia’ she has finally decided that there shall be no holding back!

Here is OH’s description of this mind-bending work:

This instrumental progressive metal album will reveal its intricacies and hidden depths over time. It will extract from your mind pure visions, to mend your mental pictures, preen presumptions and to elicit an element of the unexpected….

I am sure that this album will not be to many people’s taste but from the first track, the sonic maelstrom of Red Lion, I was hooked by the immediacy and sheer power of the music. The turbulent anarchy of the angry, crushing guitar riffs and drums pounds you into submission but, after each further listen, you begin to recognise the subtleties as well. The high octane thrills continue with Bee although it’s traditional style intro throws you for a few seconds before the scatter gun guitars seek to pierce your soul.

I’m beginning to feel as if I’m trapped in a maniacal musical tornado from which there is no escape, slowly losing my grip on reality and not giving a care in the world that it’s happening. The crunching riffs and almost choral vocal overlays of Androgyny carry on the full throttle aural assault, it’s like being in a performance of Dante’s Inferno but one that is put to music. The thing is, I’m really starting to enjoy this, am I a masochist? no, it’s just that beneath the layer of lawlessness and disorder you can feel an intelligence at play, one that begins to reveal more of itself through the thunderous dynamism of Resurrection.

There’s tribal feel to Dragon’s Kiss as the tumultuous guitars shred the very semblance of your being, the rhythm swaying in time to the music and the hypnotic vocal overtones. This quite incredible musical experience comes to a close with the aptly named Triumph, a short, intense blast that finally removes any semblance of resistance from your soul as you willingly submit to the masterful chaos that surrounds you.

Phew! That is one highly intensive listening experience that, like all the best, gets better the more you are willing to listen to it and understand every nuance and subtle distinction. OH. has really given all of her musical being to us with ‘Metallia’, a powerful statement of intent from this impressive young woman, just don’t say I didn’t warn you!