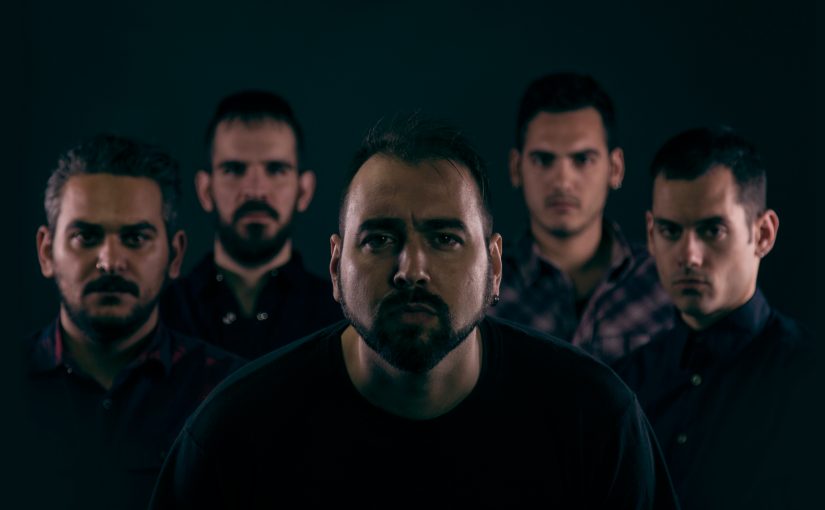 ‘Sigma is the eighteenth letter of the Greek alphabet. It is the initial of the Greek word “Σιωπή”, meaning Silence. Sigma is also used as a symbol for the summation operator. “Silence has the sound of shame.” We are submissive to unspoken rules of obedience, which are sealed with a spiral of silence. Our chains are bound to break by speaking out as a mass, as a musical ensemble willing to sing out liberation.’

So says the PR information that came with the second album from the enigmatic Greek band Mother of Millions. I reviewed their debut release ‘Human’ back in 2004 and was impressed by  the complexity and diversity of their musical influences and the incredible talent on show. I summarised it as “An album that deserves the highest praise and leaves you slack-jawed in appreciation.”

So, unsurprisingly, I was very excited to get the promo of their sophomore album and see where this talented group of musicians had gone to next on their musical journey.

Mother of Millions is a five-piece progressive/alternative metal band from Athens, Greece, formed in 2008. Their sound of can be described as equally massive as cinematic. An intense experimentation involving elaborate rhythms, folk aesthetics and progressive rock tunes.

In 2014 the band released its first, critically acclaimed, concept album ‘Human’, during the spring of 2017, Mother of Millions finished the recording, mixing and mastering of their second concept album ‘Sigma’ which was released on 3rd November 2017. ‘Sigma’ is, by today’s standards, a relatively short album, coming in at just under 42 minutes but at no time do you ever feel short-changed by what these guys have delivered. Mother of Millions jam so much incredible music into this release, there is absolutely no filler from the first note of Emerge until the final strains of Sigma drift away.

The slow burning introduction of Emerge sees the listener drawn into this deeply engaging story as the subdued voice-over grabs your attention. Haunting and full of tension, it is really setting the scene for what is to follow with its towering guitar, dynamic keyboards and dominant percussion. We segue straight into the vibrant and compelling riffs of Shine before everything calms down and Geroge’s passionate vocal makes its first appearance. Not progressive metal, nor alternative rock, these guys have forged their own sound to a certain extent and its one that demands your attention with its staccato riffs, vibrant keyboards, driving bass and edgy percussion. I have to say that this already seems a huge leap on from what was an impressive debut album, I’m not a fan of the so called growling or screaming vocals but the little bits that George delivers really catch my attention. I love the way that the next track flows seamlessly form the last, Silence is a towering edifice of music, eight minutes of sublime listening. The guitars have an elemental feel to them, powerful and compelling and the primordial drums seem add to the huge soundscape. The vocals are forceful and influential and all combine to give a monumental feel to this fine song, definitely one of the best tracks I’ve heard this year.

That funky, edgy riff returns on Rome, I don’t know if it’s really a technical term for music but there’s a density to the sound that these five fantastic musicians produce, almost a sonic viscosity and a feeling of permanency to every note and every word. A deliberate and measured piece of music with a memorable, captivating chorus, George’s voice once again stands out, if there’s a better hard/heavy rock vocalist out there I am yet to hear him this year. Fusing traditional and folk styles with hard rock Their Passage, The Light is a really mesmerising instrumental that intrigues and delights with its tasteful guitars and strings. A track to calm the mind and sooth the soul after the deeply affecting music that has gone before, it refreshes the musical palate ready for the next course. Another track that builds up from quiet beginnings, Collision simmers with intensity keeping you right on the edge before the enigmatic vocals introduce and increase in pace and emotion. This is music that seeps into your entire being and asks questions of you on every level as the vocals break out accompanied by the portentous music delivering quite a dark and potent tone to the end of the song. As the final notes ring out I’m left in an enigmatic silence.

The Rapture is a brooding and cryptic feeling instrumental that has a real dystopian aura that carries on over all its two minute length. Very haunting and quite disturbing. The introduction to Spiral is powerful and commanding before the song takes a step back to allow George’s stirring vocal to take centre stage, once again he delivers an authoritative performance aided and abetted superbly by the gifted musicians that surround him. Technically proficient but playing with heart and soul, the music is as much part of every brilliant track as the vocals and both combine to deliver an incredibly impressive experience. The subdued voice over returns to be followed by wonderful instrumental close out, one that makes the hairs on the back of your neck stand up with its incredible intensity. This exceptional musical spectacle closes out with the title track Sigma and the level of performance does not drop one iota. Another deeply engaging song that slowly draws you into its embrace with great vocals and music that stays just in the background adding a mysterious and esoteric ambience, it’s a track that delivers a perfect conclusion to this fine album.

It’s been three years since the last Mother of Millions album and that time has seen this superb band develop and improve on what was already a very impressive sound. Powerful and dark at times and yet incredibly illuminating at others, it is a piece of music that entraps the listener on an astonishingly immersive musical journey. ‘Sigma’ is one of those releases that stands out immediately and then gets even better with every listen. One of the releases of the year, please do yourselves a favour and get your hands on this incredible piece of music as soon as you can!

Buy ‘Sigma’ on CD from Amazon