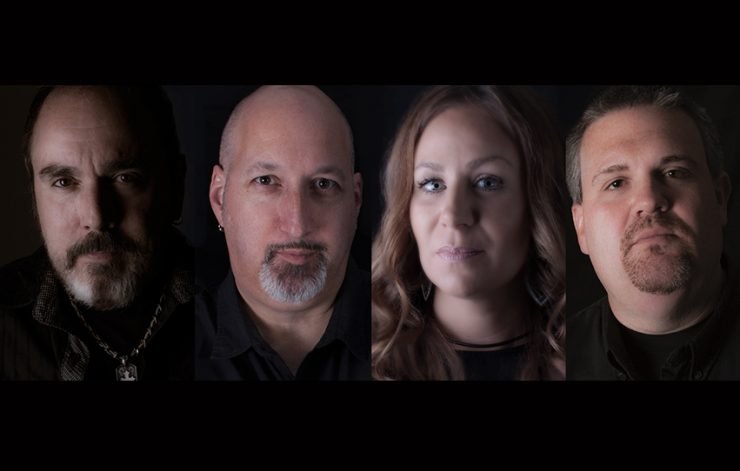 “While it’s standard practice for bands to edit live material before releasing it, we knew going in that the guitar tracks would need replacing. We viewed that as an opportunity to do something really unique with this album, namely, adding some new ideas to the mix while preserving the integrity and energy of the live show.” – Glass Hammer co-founder Steve Babb.

That explains the album title then, glad that’s out of the way! ‘Mostly Live In Italy’ represents Glass Hammer’s first-ever concert in Italy at the 2 Days + 1 Prog Festival in Veruno and they were determined to create an incredible memento from that experience that their fans would love.

It features nearly all of the band’s amazing ‘Valkyrie’ album, a wonderful treatise on the horror, fear and eventual hope of World War 1 along with nearly twenty minutes of classic Glass Hammer material.

The symphonic introduction raises the hairs on the back of your neck and then the instantly recognisable duo of Steve Babb’s bass and Fred Schendel’s keys take over as we move into the smooth sounds of The Fields We Know and the energetic tones of Golden Days where the guys also get to show their instrumental chops, Susie Bogdanowicz’s elegant vocals stamp their authority on proceedings immediately. From the first note you know that this is going to be a cultured live album, taking all that’s great about the studio releases and adding that edgy, immediate feel that you can only get from a live setting. There’s a nice flow to the music and you feel you are being drawn into the actual performance. One of my favourite tracks from ‘Valkyrie’ is No Mans Land and this domineering, dread inducing song is giving a haunting treatment on the live stage, a powerful statement that lives with you long after it comes to a close. Nexus Girl, Fog of War, Dead And Gone – they all hold you in rapt attention, Susie’s stage presence coming across in her regal vocal delivery and the musicians just excel in front of a live audience. This is a band at the height of their powers and sure of their place in the pantheon of prog rock bands, just listen to Eucatastrophe and you’ll see what I mean.

A welcome addition to the tracklist is the wonderful The Glass Hammer Melody – Chronos Deliverer/If The Sun which had me grinning from ear to ear and picking out the parts of classic GH songs from the years gone by, the close out is just magical, the keyboards and Aaron Raulston’s drums bringing the piece to a crescendo and the vocals delivering the classic lines,

“When the morning comes, when at last the sun shines clear, I will hear you singing…”

It’s utterly spine tingling and then we finish off with a high-energy, up-tempo version of Hyperbole from 2009’s ‘Three Cheers For The Broken Hearted’. Here the band really sound like they are most definitely ‘on it’ and it is a vibrant end to what has been an utterly involving near seventy five minutes of ‘mostly’ live music.

Once again, the seminal US progressive rock band Glass Hammer have delivered on their promise, ‘Mostly Live in Italy’ is progressive rock at its majestic best in an incredible live setting, what more could you possibly want?