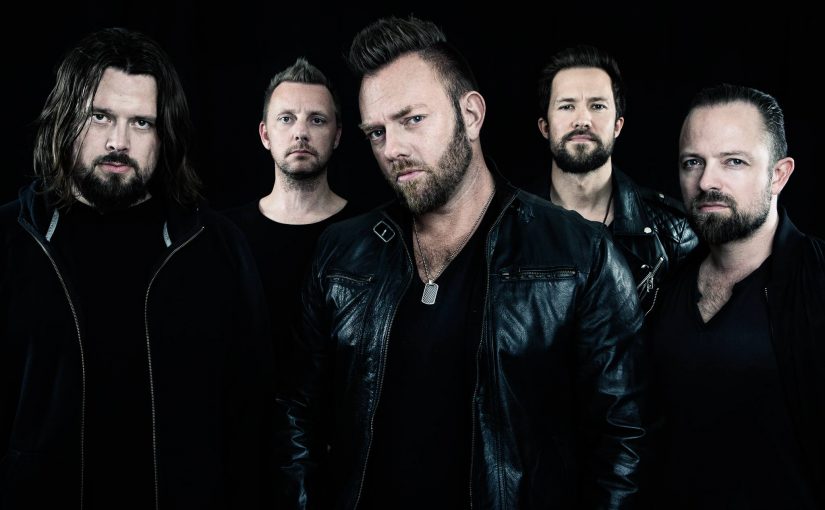 Circus Maximus is a very apt name when you hear their new album ‘Havoc’. I may be looking at this way to creatively but that’s what music does to you, the Norwegian band create melodic material with maximum strength and force; powerful riffs and intertwining melodic lines that are not always where you expect them to be.

Looking at the idea of a circus, not just somewhere to be scared by clowns but a mastery of your own art form, Circus Maximus have achieved this with a refinement of skill and the songwriting. Each instrument compliments the other superbly. So the maybe, far too in depth, analysis of their name. It isn’t just a name but part of their nature; playing music of great skill and refinement to a maximum level, which was probably never the intention of the band name but remains a cool band name whatever way you look at it. Circus Maximus have now released their fourth studio album, ‘Havoc’, which has more sophisticated material to offer and is like honey to the ears, especially with Michael Eriksen on vocals. Eriksen possesses an unquestionable tone, clear as crystal with no rough edges, almost a hybrid of Dio and Steve Perry but smoother, whilst still keeping true to their metal style. Circus Maximus have also been described as a progressive metal band which personally wasn’t the style I heard when I first listened to this album. When you hear the title track Havoc you’re instantly sold on a metal style with deep ambiguous guitar chords making it hard to figure out whether they are major or minor when combined with the punchy rocky bassline. It has the potential to shake the ground with the right speakers. Now for me this doesn’t speak ‘progressive’ when thinking of bands such as Yes and Rush, but then again, they don’t have a similar style to them but rather more hard riffs propelling you forward instead of becoming lost in an ambient soundscape, that’s not the type of progression that Circus Maximus hold.

The progression the band has comes from the technicality of their material. Highest Bitter opens with a single bassline and the vocals. This gives a chance for the bassist to shine for a change and creates a deeper and more unsettling atmosphere. A bass guitar is not usually a melodic instrument but a supporting one, so in just one way they are changing the boundaries. The mood of the material isn’t always constant which clearly enhances the music more. like in Loved Ones. Commencing with a very ambient and tranquil opening with synth tones progressing into what you are expecting to be an 80’s ballad, one of the slower glam tracks that you might expect Foreigner to play. The band display more melodic expertise in this track with an extended melodic section that, along with the ambient synth sounds, puts you into a dream.

Circus Maximus have created a fantastic album with some surprises when the tone takes a step down from weighty riffs and an unforgiving drum beat. Definitely worth a listen and a band to look out for.