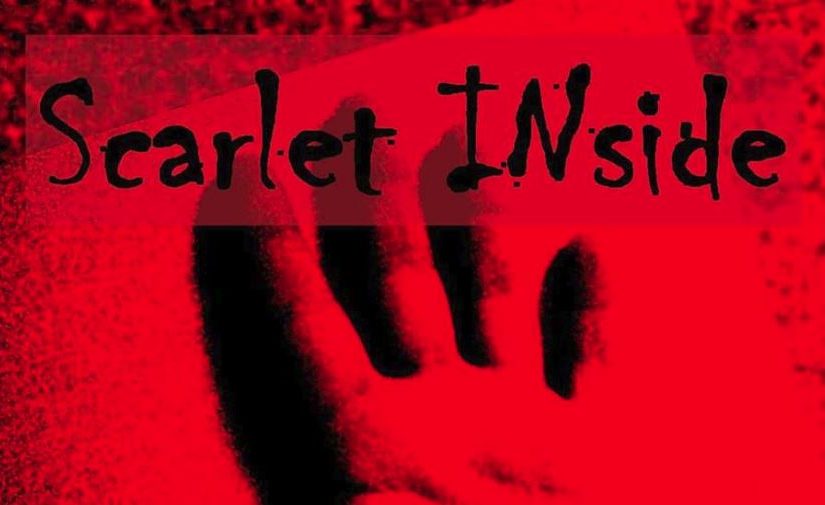 Scarlet INside is, essentially, Kevin Kennie plus others occasionally helping out with music creation and drum consultancy, in the form of Drew Mckinlay and Jerry Good. Perhaps Kevin can best explain what that entails but it certainly works.

Self described as “a rock band, an acoustic act, and soundscape composition. We express a love of experimentation, using a variety of styles including world beats and rhythms, prog rock, beats and industrial crunches,minimalist lines, blues, jazz and a variety of  different instruments synths all topped off with unusual lyrics and dark themes and screaming rock lead breaks”

This is the 8th album from them as an outfit and they are one of a growing group of acts who are self financing with a soundcloud/bandcamp presence. I have been aware of them through mutual contacts on social media and I listened to an earlier single and thoroughly enjoyed it.

This is not really commercial in the sense of the ‘melody and song’ school of thought in the progressive music genre, yet neither is it dissonance or does it grate on the ear. Let’s get the comparisons out of the way first. This Motherwell born musician draws his influence from all sorts of areas musically from the industrial to straight rock, to old school prog. Musically this album feels like the by product of Fripp, Gabriel, Mclaughlin, Byrne, Hammill, and Page along with many others in a melee of musical combinations. Imagine all these converging in one head and the outcome of 2 years in the studio. Having said that, this is Kennie’s own product to the core despite you being able to isolate those influences.

Nothing here is predictable or formulaic; there are several pieces of epic proportions, The Twisted BRaid of Chance, in parts, smacks of an insight into Kevin’s mind and attitude to life or his life’s journey to this point. It comes in at over 20 minutes and explores the dark side of fate and happenstance. She SHould HAve Died HEreafter, is a Shakespearean epic of the Hamlet/Macbeth tradition which uses the space between the music as effectively as the notes themselves.

The cap-lock lettering runs through the whole thing and was as a result of a broken keyboard and the habit stuck. Each note and line is considered and considered again before it gets onto the music, matching lyrical content with the music very well. PLease Let me Be ASleep describes the torture of the insomniac to the absolute, it chimes with me so well as a frequent flyer on that very same aeroplane.

There is nothing happy in this album but there is plenty to nourish the soul of any music lover. If you are a fan of dark brooding music and like to hear someone taking musical risks then this is £5 well spent.