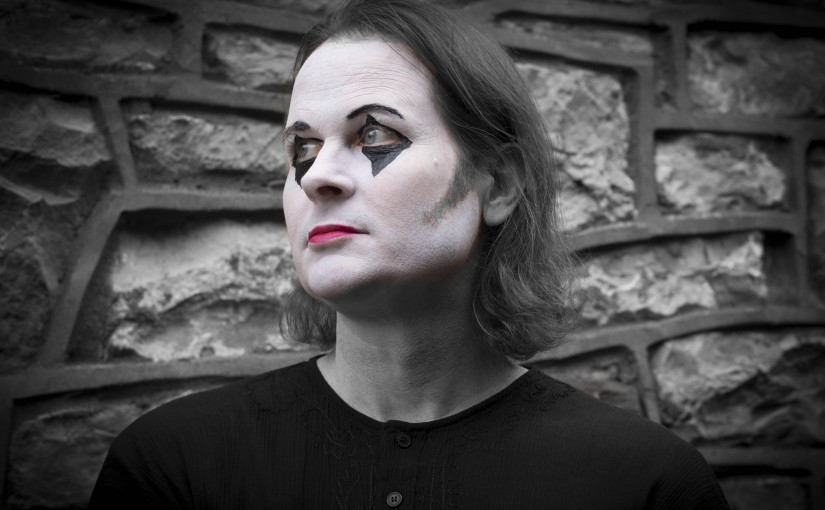 This is a complete transcript of an article featured in The Ferndale Friends, reproduced with the kind permission of the author, Jeff Milo.

All photos are by Graham Stead and Sam Holt.

There is a distinct relationship between artist and audience, bands and listeners. There is an opportunity to instill inspiration, to offer escape, to alter preconceptions. That power and that connection are the biggest reasons local singer/keyboardist/producer Matthew Parmenter has contnued to write, record and publish music for almost 30 years, now, as both a solo artist and, notably, as the frontman for the symphonic-prog band Discipline.

“Any musical offering is an act of faith”, said Parmenter. “It is always rewarding to hear fellow humans say they found something palliative or profound in the work.”

Back before the World Wide Web dominated the distribution, consumption and business mode of recorded musical art, Discipline formed in 1987 in a Royal Oak high school. The band features Jon Preston Bouda on guitar, Matthew Kennedy on bass, Paul Dzendzel on drums and Parmenter on vocals and keyboards.

“We dabbled a bit with Punk while in high school,” recalls Parmenter, “but it didn’t take.” They excavated treasures from Sam’s Jams (formerly where Rosie’s now operates) and Flipside (up in Clawson), including seminal prog-rock records that the late 80’s mainstream radio stations were ignoring, like Genesis, Gentle Giant, King Crimson and more.

“Doing ‘art-rock’ in Detroit made us feel a bit like a lone-wolf around town,” recalls Parmenter. But they kept at it, developing a mailing list, with actual snail-mail and allying with comparable prog-stylists in the region like Hope Orchestra and Granfalloon. In fact, it was another local goup, Tiles, who showed Discipline a lot of support over the years. Tiles’ guitarist Chris Herin eventually took the spot of Jon Preston Bouda on guitar. Discipline have evolved over the decades, through several records released through their own label Strung Out Records, a beautiful blend of operatic-pop, post-punk theatre and a baroque-tinged electronic ambience, primarily experimenting with a genre known as progressive-rock (or prog-rock). Some of their compositions spanned 15 minutes or longer, particularly on their dazzling 1997 odyssey ‘Unfolded Like Staircase’.

“As a songwriter,” Parmenter said, “I have become less inclined to embark on epics. I rarely write songs running more than 15 minutes any more, and 25 minutes is right out. I am still drawn to create a narrative space that exposes some particular observed tension and which, ideally, reaches an emotional summit.” On stage, Discipline embody this captivating, Morpheus-ian grace in blending psychedelic performance art with elements of classical, jazz and Brit-pop. Parmenter points to The Beatles, David Bowie and Peter Gabriel as influences for the more rock and pop sides of Discipline, while also including jazz and classical icons like Miles Davis, Thelonius Monk, Igor Stravisnky and Béla Bartok. The experimental rock of Van der Graaf Generator was a notable influential touchstone.

“In live performance, we have learned to allow, and even to foster, a sort of intentional imperfection,” said Parmenter, “Not to say that we ever played perfectly. Rather, in the early days accuracy and being precise seemed more important. Later on, rough edges and spontaneity came to matter more. Then the performances started to breathe, get human, have soul. Too much polish…can become boring.”

Go online and you’ll find various zines, blogs and sites devoted to ‘prog’ music sending substantial love towards Detroit’s Discipline. There is truly a galaxy full of bands edging their own nuanced composites of this genre, with acknowledged pioneers such as Yes, King Crimson and Genesis.

“If progressive rock were an iceberg, most people would recognise it only by the tip they can see sticking out of the water,” Parmenter observes.

Discipline are finishing up a new album while Parmenter celebrates the release of his third solo album ‘All Our Yesterdays’ (through Bad Elephant Music) on March 11th.

US and Canada Pre-orders of ‘All Our Yesterdays’

UK and Europe Pre-order of ‘All Our Yesterdays’