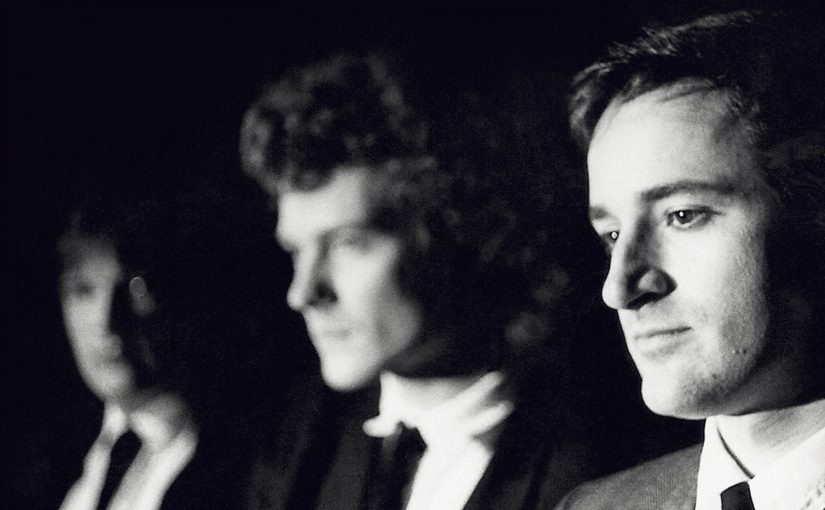 I think Mabel Greer’s Toyshop probably have the record for the longest space between being formed and releasing their debut album, however Plenty are running them a close second, originally being formed back in 1986, and with this, their old material rediscovered, reworked and released here for the first time, it’s an album that’s only been 32 years in the making. Hell, I work with people younger than that (which makes me feel old). Anyhow why should a band who didn’t record anything in the 80’s and reappear here matter?

It matters because Plenty were Tim Bowness pre No-Man band. Made of Tim, Brian Hulse (keys/synths/guitars, drum programming) and David K Jones (bass/bass pedals) who got back together to record and finally put down their music for posterity. All this complete with the Carl Glover cover (he truly is the Hipgnosis of modern music).

So, what we get here is the songs of their youth revisited and reworked with the wisdom of years and experience weighing on them.

Now Tim has one of the finest voices in contemporary music, that is a given, and he can add poignancy and emotion to so many things, hell he could even turn my shopping list into an emotional rollercoaster. As he (as we all have) gets older his voice, like a fine wine, is maturing and it’s fascinating to hear the words of his youth on tracks like As Tears Go By or Foolish Waking, and the title track, filtered through the years of experience.

Sitting firmly on the more atmospheric song writing side of the 80’s that threw up bands like The Blue Nile, How We Live and Miracle Mile, Plenty are almost the proving ground for ideas and sounds that would come to fruition in No-Man (and, indeed, Tim’s later solo career).

That doesn’t mean that this album is a historical curio, to be filed away under listen once out of completists interest, oh no, ‘It Could Be Home’ is a gem of a record with a plethora of special guests that help enhance the already strong tracks on here. When you get Michael Bearpark adding his guitar work to Foolish Waking and Every Stranger’s Voice and Pete Chilvers on those and Never Needing, you know you’re listening to an album that oozes class and quality from every musical moment. In fact, as these 10 tracks breathe and grow, you are drawn into their world as Bowness’ vocals take you on their journey. However this isn’t all about Tim, this is a true group album and it’s wonderful to hear him part of the group where he cut his teeth.

It’s an interesting hybrid of 1980’s musical ideas with 2018’s production techniques and that makes it harder to categorize. Is it a reissue? Is it a new album? Or is it a curious amalgam of the two? Either way, there’s lots here for any fan of ambient song writing and, of course, fans of Tim’s voice to love.

It’s quite ironic to think that had this been released in the late 1980’s it probably would have got lost in the whole Madchester phase that was sweeping the nation and become a cult classic to maybe a dozen students in a bedsit somewhere, with the vinyl commanding huge prices on eBay.

Here, on release it’s now likely to hit a far wider audience, who will appreciate the delicacy and beauty in these songs, as well as the song writing skills here.

As an exercise in minimalist pop/rock it works to perfection and reveals itself to be far more than just a nostalgia ride, this is living breathing music for the heart, mind and soul, and as such is a fantastic piece of music.

The best things in life come to those who wait, and this was well worth waiting for, maybe best not leave it so long next time chaps.

Order ‘It Could Be Home’ from Burning Shed here