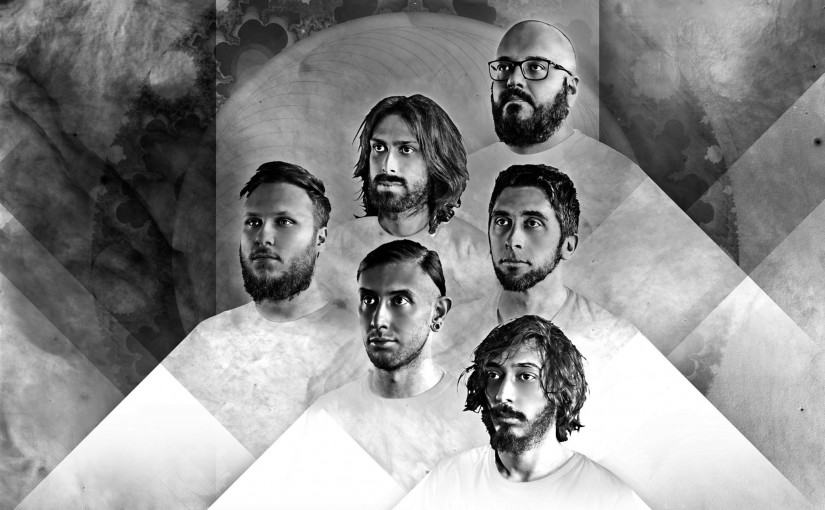 I was told many years ago, to never volunteer for anything. This thought crossed my mind again tonight when I took up the challenge from the wise sage, Mr Hutchinson, to review this without having heard it previously.

He sent it to me with a knowing grin, so apprehensively I downloaded and opened the files expecting many horrors, maybe I’d find chamber music played on nasal hairs, or naked devil worshipping men, slapping each other with fish to create many versions of the Birdies Song. Don’t be afraid Kevin, move toward the light……

Sunpocrisy, not a band I had heard of prior to this. Formed by Jonathan Panada (Guitars/Vocals), and Carlo Giulini (Drums) in 2005 in Brescia, Italy and joined by Matteo Bonera (Guitar) in 2006, they then became a quartet in 2007 when Gabriele Zampieri (Bass/Vocals) joined. The band recorded and produced their limited edition debut EP named “Atman EP”. There then followed tours with bands such as The Secret and Amia Venera Landscape in 2009 and in 2010 they gained further recognition, coming 4th in an unsigned band contest.

Sunpocrisy then changed direction and re-emerged as a six piece, with Stefano Gritti (Synth) and Marco Tabacchini (Guitars & Noise) adding themselves to the line up. 2011 saw the band entering the studio to record their debut concept album ”Samaroid Dioramas”. With influences such as ISIS and Between the Buried and Me, they create a sound wall of post rock experimentalism, at times reminiscent of a fusion between Explosions in the Sky and Tool. So the album, and all the secrets it may hide, commences with Eyegasm. The throbbing synth sounds from the fluttering fingers of Mr Gritti are followed by heartbeat drums, building with looping guitar hooks as harmonious vocals drift over them. Interludes of instrumentation, interspersed with vocal lines from  Jonathan and Gabriele. This is sounding rather good and the track reaches a third of the way through and I discover why Martin smiled. I am not a lover of ‘Growling’ on songs, it generally does nothing for me and very few bands to my mind actually use it successfully and effectively. So this is probably where Martin expects me to baulk, turn off and send the files back to him post haste, asking for him to find another mug, sorry ‘reviewer’, to cover this. But, what I can only assume is Marco’s ‘noise’, does not overpower the song mix when it enters the fray and merges like a neatly fitted brick in the wall, helping to carry the tune into a fury of guitar riffs. In fact the growls seem to be trapped like a vocal prisoner within the music, which in a sadistic kind of way appeals to me.

The growling fades and this segues neatly into Mausoleum of the Almost, the echoing grumbles protesting as they are dragged away into the distance and melodious vocals come into play again. I have to say I am very impressed with Matteo’s percussive chops, the drumming is excellent. Washes of synth see us out of the track.

Transmogrification rumbles in on huge clouds of thunder with vibrating synth swathes on one of only two instrumentals and the only two tracks under seven minutes, bridging the gap to track four….

Eternitarian: guitar licks start the wall building again as vocals, mortared with Gabriele’s bass and hammered into place with pneumatic drumsticks, rise slowly to some heavier guitar and yet more background grunting which, again, sits far enough back to not detract from the music. The guitars come to the fore and reach a climactic cacophony before the synthesiser ushers us out once more.

Musical box notes with gentle vocals innocently introduce Of Barbs and Barbules, drifting into a piano solo, on this the second brief instrumental, soothing your ears, stopping suddenly as if a switch has been thrown. Tortured, weary distant growling, dragged like a reluctant slave across a wasteland of plodding beats and quietly ominous guitars, replaced with vocals and a building wall of music, then the growls return on Kairos Through Aion. He’s not a happy chappy our growler, continuing to rage at the music and calm vocals which strangely harmonise with him for a short while before leaving him behind and rising into an increasing instrumental passage with female narration, the intensity increases and growler thrashes in the background, battered by percussion, halting abruptly.

However, there is no respite as it’s straight into the heavy guitars and drums as they pound growler once more and he screams his discontent at the savage beating he takes on Gravis Vociferatur. Like a caged animal chained securely, he can only stand helplessly, berating the instruments taking him to task, the growls turning to cries of pain and one can begin to feel some empathy for the beast. The beating stops and the growler is quiet, keyboards and acoustic guitar mourn his silence and a guitar solo warbles rays of death across the track, disintegrating into noise.

Glockenspiel and Gregorian chants give praise to Festive Garments, until growler appears in front of them. Has he escaped his chains? It would appear not as, whilst he hurls a tirade of insensible abuse at the passing pontificators, he stays, held back, and can only watch bereft as they proceed unhindered on their passage, the guitars and drums arriving to lay loud assault again. Growler’s pain continues in the background, his abuse at odds with the gentle vocals in the fore. The attack halts the growls and spins dizzily, disorientated, twisting their grip on the the unfortunate creature. The musical blows slow but become heavier as the assailants appear to weary with the effort and take a break whilst growler almost coherently tries to plead his case and call foul injustice. A human voice, plaintive, takes up the case but the guitars and drums object and drown out the voice, leaving the swirling guitar to delay judgement as the track ends. ‘Jean Michelle Jarre’ like chords echo from speaker to speaker, quickly fading as rolls of drums and piano switch at the beginning of final track, Hallelujah, bookending the album into an Alan Parsons instrumental style passage reminiscent of The Fall of the House of Usher, but is then diverted into calm vocals over guitar riffs. There is a sense of an impending end in the wind. Growler’s pleas appear to have fallen on deaf ears as he once more berates the wall of sound he resents. The music reigns and carries in a gravelly human response to drift dreamily along, (not sure I haven’t heard this bloke singing ‘Finchley Central’ in the past), eventually replaced with harmonious singing and the band rise to give their verdict, ascending  higher, ever higher, crashing together and exploding at the albums summit, notes floating away in the air.

We are left to wonder at the fate befallen Growler and we may never know. Yet, despite my reservations at some of his species on other bands’ albums, I find his voice is an integral part of the musical story, Eyegasm/Hallelujah!, and I will return to listen again and wonder at this forlorn creature’s wrong doings, misgivings and final sentence or reprieve.

I promised I would approach this with an open mind and have had my mind opened, I like this.