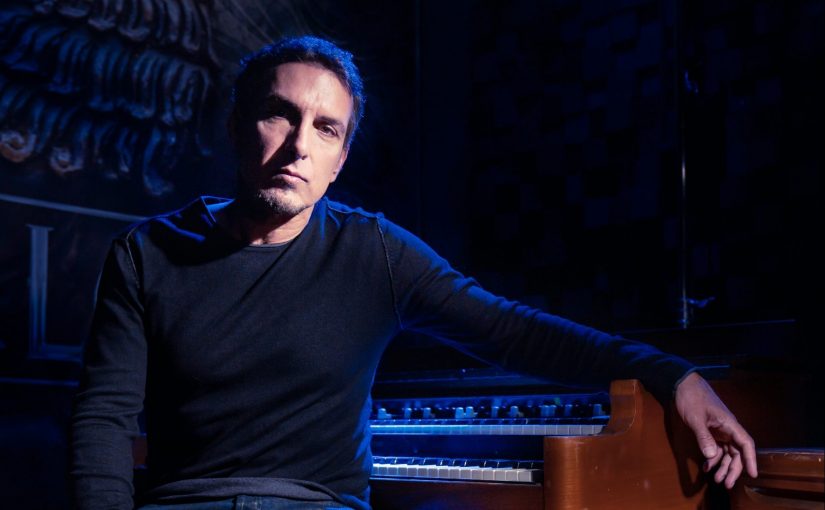 World acclaimed keyboardist Derek Sherinian, (Sons of Apollo, Black Country Communion), one of the most significant keyboard players of the modern era, recently announced the release of his new solo album ‘The Phoenix’ on the 18th September 2020, his first since 2011’s ‘Oceana’. Derek comments: “I truly feel that this is my best solo record to date. Simon and I put a lot of energy into the writing, and I am grateful to all of the great players that contributed to this recording.”

Today sees the launch of the album’s first single, Empyrean Sky, which features Sherinian and drummer Simon Phillips joined by Ron ‘Bumblefoot’ Thal on guitar, Jimmy Johnson on bass and Armen Ra on theremin. Listen to the track now here:

As mentioned, Sherinian has teamed up with drummer extraordinaire Simon Phillips, who not only plays drums but also co-produced and co-wrote the album: “It is always an amazing experience to be able to work with Simon. He’s been a hero of mine for ages, ever since I heard him playing on albums with Jeff Beck and Michael Schenker.  And he is such an invaluable part of the way this new record has come out.”

The album features 8 tracks, including a cover of Buddy Miles ‘Them Changes’, and will be released as a Limited Edition Digipak CD, 180g LP + CD & as Digital Album. Find the full track-listing below. Pre-order the album here: https://dereksherinian.lnk.to/ThePhoenix