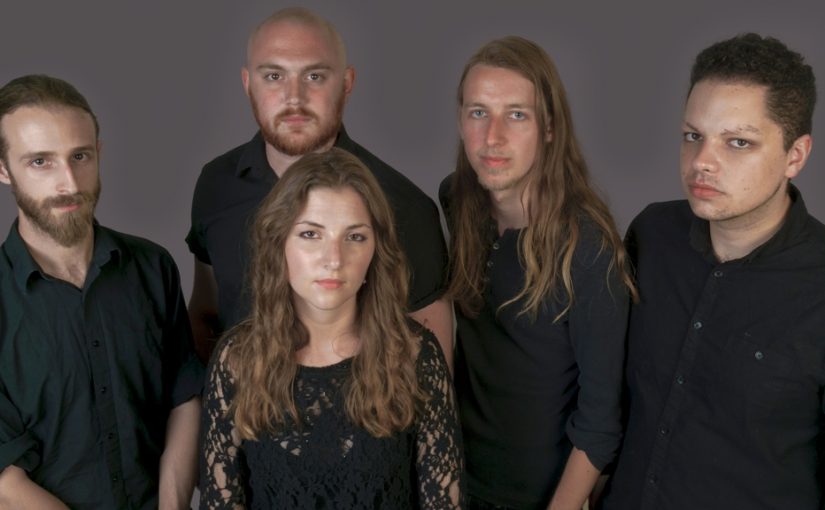 Maschine – ‘a progressive rock band without boundaries’ is the bands tagline and ‘Naturalis’, the second album from Luke Machin, Daniel Mash, Marie-Eve De Gaultier, Elliot Fuller and James Stewart, definitely pushes the envelope beyond ‘Rubidium’ which was a cracking album in itself and one that showed much promise for the future.

This album is primarily a vehicle for Luke’s compositions and stretches his writing in variance and styles as well as having a core concept to the album that speaks of mankind and how we sit uncomfortably alongside the earth and nature as a species. ‘Naturalis’ is grand in its aspiration and design and I believe that Maschine achieve those goals very well. We are introduced to the album with Resistance, a full-on epic of traditional Prog proportions in what can only be called a ‘classical 70s’ style. It begins with analogue keyboard sounds and a tension creating guitar riff reminiscent of Jimmy Page which then goes on a full musical journey reflecting the uncomfortable fit man has with his environment. There is much light and shade here designed to mirror how humanity is trying to come to terms with something he cannot control and, yet, still believes he can have authority over. Coming in at a tad under 12 minutes this epic alone would satisfy any progger but this is just the start.

Night and Day is the story of Robert Cain and his experiences of the Battle of Arnhem. His story is of finding unnatural resources fighting beyond human limits long into the battle. This as close to a ‘sound’ for Maschine as you could get, as you could say it combines all the elements of the band in a perfect balance.

A personal favourite of mine on this album is Make Believe, it istands out as being quite an ethereal song and Marie-Eve comes out into the spotlight with a haunting voice that reflects a cynical back story of the political exploitation of resources. It is a genuinely beautiful track.

The finale and closing epic Megacyma is a modern epic, the other end of the musical time line from Resistance. Production and writing that fits 2016 so well, you can smell the ozone of the electricity used during the recording. This is the tale of one man’s experience in the centre of a huge Tsunami fighting for survival through every second of the 12 minutes of the song. It is a very powerful song that looks at how small one man is in relation to the planet and the forces it has at its disposal.

This album has taken 4 years to write and record and it is interesting to see how Luke has developed as a writer and composer and his desire be a strong writer of songs. Being a virtuoso guitar player in demand in various places (be it The Tangent, Damenek, Kiama, or Karmakanic) or guesting on numerous albums must surely be an asset, giving him a chance to experience a variety of styles and other musicians.

If you like “Rubidium” then get this, it’s a guaranteed winner for you. ‘Naturalis’ has good quality songs with a good level of complexity but not at the expnse of structure. The album as a couple of live tracks as a bonus which are not on my pre-release download. The artwork looks excellent and there are the usual extras with pre order.