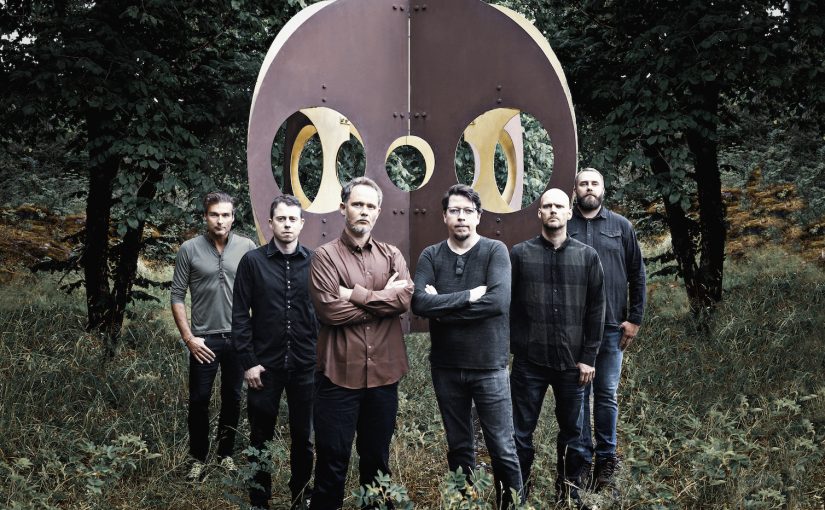 Clockwork is the second single taken from Fireworker, the new album by Gazpacho.

The new single doesn’t feature on Fireworker in this form; it is part of the album’s opening track “Space Cowboy”.

Thomas Anderson from the band explains the song is about ” a trip into the mind to uncover the animal that, the main character believes, lives there and how much of him it really controls. As the main character of the song ventures deeper and starts sensing that the animal is near, his consciousness tries to warn him that there are some things better left alone and communicates this through a dream”

Gazpacho have reigned as the kings of atmospheric and affective art rock, no small feat, as the subgenre is full of wonderfully moody, ornate, and emotional artists; yet, none of them manage to achieve the same level of exquisite baroque resonance and hypnotically introspective weight as this Norwegian sextet. Gazpacho never fail to provide awe-inspiring examinations of the human condition, and their latest observation, Fireworker, the follow up to 2018’s album “Soyuz”, is no exception. It is undoubtedly among their greatest achievements, as well as one of the most profound pieces of music you’ll hear in 2020.

Conceptually, the album follows the band’s tradition of blending grand philosophical quandaries, stimulating literary leanings, and haunting personal turmoil. In a way, it acts as the culmination of the themes and techniques that has decorated earlier collections. Fireworker comes across like the overarching umbrella under which all of its predecessors occur.

Fireworker is truly life-changing experience, so you would be wise to turn off all of the lights, clear your mind as best you can, and prepare to meet the Fireworker.

Fireworker will be released on Kscope on 18th September, on CD, a gatefold 2LP on 180g black vinyl  (3 sides audio, 1 side art etching) and digitally (digital pre-orders receive the title track “Fireworker” as an instant download) and is available to pre-order HERE