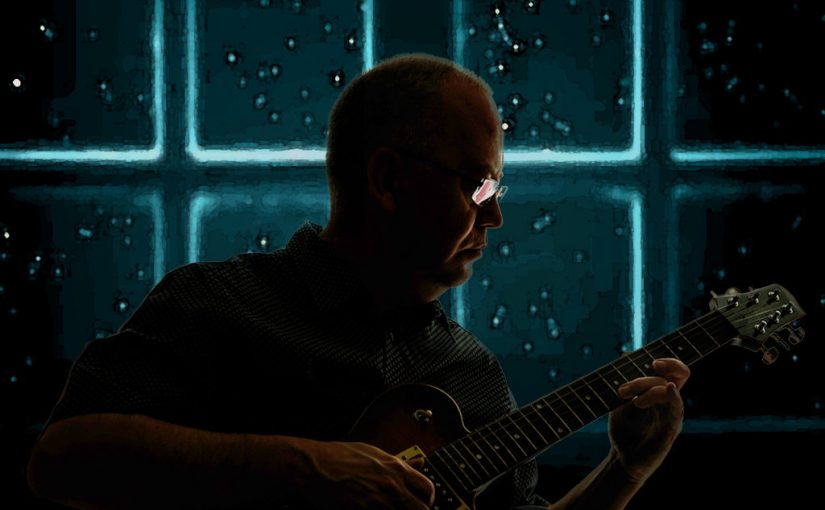 Life never stands still, the world rotates on its axis at around 1000mph (it’s less as you get North but you get my drift!) and day becomes night. The years pass quicker, or so it seems, and the sheer volume of music that is released gets bigger and bigger all the time.

Because of this it is impossible for me to hear every new release that would perhaps pique my musical curiosity and it pains me to think that I will have missed some gems as the clock keeps ticking. However, I can console myself with the wonderful releases that I do get to hear and enjoy.

I’ve been talking to John Holden about his great musical collaboration ‘Capture Light’ for well over a year now and I was honoured to be one of the first to receive the completed article a couple of months ago. I have listened to it multiple times and now feel ready to write my review… Over two years in the making, an immersive and evolving album opens with the Joe Payne sung track Tears From The Sun. A symphonic and operatic tour-de-force featuring Oliver Wakeman’s keyboards, it has a feel of where The Enid could be now if they hadn’t imploded. After a quelled opening the bombast begins with multi-layered instrumentation before Joe’s distinctive vocal gives the track life and shape. As opening tracks go, this really does take some beating with John’s great music being complimented by his and Elizabeth Buckley’s fine lyrical accomplishment. A complex musical mosaic that keeps your rapt attention all the way through, Joe is on fine form and gives the song a flamboyant drama. Crimson Sky takes a more symphonic rock oriented route with Julie Gater’s vocal giving it a Celtic rock infused tone. Hard edged and heavier, there’s a feel of early Karnataka to my ears. The powerful music is complimented perfectly by Julie’s dulcet tones, especially on the catchy chorus. Listen out for the superb guitar solo from Billy Sherwood (yes, THE Billy Sherwood) which adds a real sheen of class to what is already a pretty impressive song. I’m already beginning to love the diversity that John has brought to this album and we’re only two tracks in! John proves he can tell a great story with the excellent title track, full of drama and intrigue, you’ll have to buy the CD to get the whole story but the musical journey is an engrossing and compelling one that will hold your attention throughout and I had to read the credits twice to realise it was Joe Payne who was performing the fantastic vocals again, this guy is pure talent. Oliver Wakeman’s elegant piano playing once again graces the song and adds real pathos to what is already a dramatic and emotional piece of music and let’s not forget Oliver Day’s stylish guitar, lute and mandolin. Let’s be fair, music has forever been about telling stories and John Holden is already proving to be very adept at it. Capture Light will be one of the most enjoyable and absorbing history lessons you’ll ever have… A choral mantra that could fit a Andrew Lloyd-Webber and Tim Rice musical, Ancient of Days is an uplifting track that just seems to bring a ray of sunshine along with it with it’s tribal feeling music and the great vocals of Jean Pageau, ably backed by Lee-Anne Beecher and Marc Atkinson. I could quite imagine this song being part of something like Lion King or Joseph with its great theatrical feel. A real shout out must go to Emily Dolan Davies whose skill on the drum kit is utterly evident here. A song all about Jesse Owens and THAT race in Berlin, One Race is possibly the most progressive track on the album while not being that progressive (if that makes sense?). Joe Payne delivers another consummate vocal performance and the harmonised parts with Max Read give a real Celtic overtone, in fact the whole track reminds me of Clannad or Enya in places. It’s another well crafted song with a great storyline that works brilliantly along with the rest of the tracks on the album and the guitar playing just gives added impetus to the sensation of running along with the narrative. Now onto the one track that I didn’t click with straightaway, Dreamcatching seemed a bit trite and twee to me on first listen, not quite gelling with the other songs on the album. Trying to explain the legend behind dreamcatchers using spoken word, song and music, this piece of music will either captivate or alienate in my opinion. Repeated listens have led me to appreciate it a lot more, while not actually loving it like I do the majority of the other songs. What does work very well though is the lovely flute and sax work from the ubiquitous Peter Jones who does a good job of adding whimsy and warmth as well as backing vocals along with Julie Gater. London Grammar, that’s what I thought when I heard the first ultra-cool strains from No Man’s Land with it’s jazzy backdrop to Julie Gater’s silky smooth vocals. A song for lazy days in hazy summers, its chilled and easygoing vibe seems to seep into your very being. The feel good atmosphere seems to infuse every instrument, Gary O’Toole’s polished drum playing and Oliver Wakeman’s relaxed piano and keyboards are the height of sophistication. A dreamy and contemplative song, Seaglass Hearts is full of longing and the vocals give pause with their elegant reminiscing. A nice interplay between the voices of Peter Jones and Julie Gater give a modern folk feel to the track, one full of wonder and playfulness along with Peter’s soulful sax playing. A sentimental ending to the album, enforced by the sparse piano that fades us out to a close.

A captivating journey through the mystical and historical, ‘Capture Light’ is an accessible, melodic tour-de-force that reveals more of its hidden depths with each listen. John Holden has collected an impressive group of musicians and given us a release that could well be a highlight of the year already.