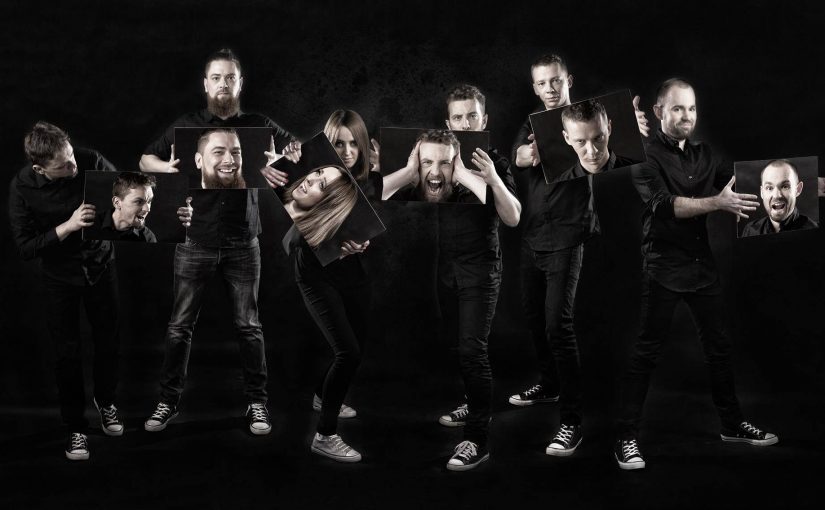 “Nobody who loved life and new experiences that much was ever going to get old, not really. Wiser and eventually dead, but not old…” – C.E.Murphy.

Don’t you find that sometimes you seem to stick to what you know, you are loath to try anything new or different because you may not like it or it may take you out of your comfort zone?

The problem with this way of life is that you can grow old and eventually die without having tried something that may well have enriched your life and changed it very much for the better. How can we truly say whether we like something or not unless we actually try it?

This can be applied to music just as much as anything else and even us music journalists can be guilty of this. We only listen to music we are comfortable with and will not go out of our comfort zone for anything. By doing this we then lose the right to criticise or critique music which we have only a passing interest in. We must embrace it, or at least try it, before we have the right to an opinion.

I have spent so much time recently listening to the pastoral and traditional progressive rock that I have neglected other music to a degree. I have redressed this recently with my delving in depth into Scottish folk and Americana and it was due to a good friend of mine, Aloys Martens, that my old love of a more metal approach to Progressive Rock has been rekindled.

Aloys introduced me to the Polish band Retrospective and their label Progressive Promotion Records, led by the uber-enthusiastic Oliver Wenzler, and a copy of the band’s new album ‘RE:SEARCH’ was soon winging its way to Progradar Towers for review.

Retrospective represents a young generation of Polish ProgressiveRock bands. Their music is inspired by different artists covering a broad spectrum of musical genres (Porcupine Tree, Tool, King Crimson). The band is not restricted to a particular music style either. They search for different kinds of rock, ranging from Art to Hard. Lush musical atmospheres, full of emotions, are complemented by thunderous riffs, to enthrall the listener and create asound that makes them stand out among their contemporaries.

They have released one previous album, ‘Lost In Perception’
which won the award as “Best Polish Progressive Album 2012”.

I still get that same buzz every time I start playing this album (it must be 25 or 30 times now) and Rest Another Time once again opens with that thundering riff and dynamic drumming. The vocals are powerful but laced with pathos and the sound is as addictive as anything. Funky bass lines add some swagger but it’s that energetic guitar work allied with Jakub’s vocals that give this song efficacy and intensity. A really great central section to the song that just racks up the tension brings in mind Creed to my delicate ears, it’s a positive rock-fest of thunderous proportions and gets the album off to a very auspicious start. A great piano line opens Right Way with an almost hushed feel, matched by the stylish vocals that increase the anticipation. Beata adds her feminine wiles to the track and the tension just increases with a great keyboard heavy melody that gives the impression of flight and then Beata’s vocal opens up like a great bird opening its wings to be set free from its mortal coils, the vocal interplay is brilliant and gives an overwhelming symphonic prog overtone to proceedings. A passionate song that really tugs at the heartstrings and the musicianship is superb, these guys are at the top of their game here and there is a classy and stylish feel to every note that is played.

Crashing the scene like Lemmy on a Harley Davidson, bottle of JD in hand, The End Of Their World is a riff-heavy masterpiece of progressive metal. A sultry verse with husky vocals, underpinned by some delicate drumming, keys and bass, builds up to the huge, granite hard chorus dominated by the grooviest riff you’ll hear this year. Sit back and enjoy the ride and sing along to that addictive chorus, I know I did! There’s more serious mid section with mysterious overtones and wildly cackling voice overs that make you wonder if illegal substances may have been involved but, overall, it is a hugely enjoyable slice of heavy rock infused prog-metal. A nicely strummed guitar opens Rollercoaster before the plaintive vocals begin, Beata imparting poignancy and feeling and Jakub adding some urgency and steel to provide a perfect combination. You get a feeling of floating on air as this track seems to dance along your aural receptors but wait, the pace is lifted and the energy increases, mirrored by the insistence of Jakub’s voice. The softer edge has been replaced with some stylish metal and a cool melody runs right through the middle giving import and imperativeness to that harder feeling that now pervades all. A cleverly worked song of two halves that fit together well. Time for a breather and the more laid back side of Retrospective. There’s a delicate aura to the opening of Heaven is Here, a chilled laid back nostalgic feel that gives lightness to your being. The vocals are smoother than silk and full of emotion and love and you find yourself losing yourself in the wistful atmosphere. The classy drumming and piquant guitar add dignity and style and layers of sophistication. I can feel a growing maturity in this band, a confidence to deliver what they want and what they know you will like and it is most evident in the swagger of the powerful chorus with the vocal harmonies that soar into the heavens, aided and abetted by the superb guitar playing. There’s a philosophical tone to the opening of Look in the Mirror, contemplative and thoughtful and this is reflected in the gravitas of Jakub’s opening vocal with his meaningful intonations. Beata joins him on the chorus sections to add even more class and sophistication to this intelligent track. I really like the purposeful beat and melody kept by the rhythm section and the resolute guitar work, it’s a single-minded and cultured song.

Compelling and energetic, Last Breath opens with an authoritarian riff that drives the song on at a demanding pace, influences abound all over and get drawn into a huge melting pot before firing out with what is becoming a signature sound for this impressive band. There’s almost a feeling of organised chaos to the song, anarchy barely held back but there is a primeval intelligence that is coordinating everything. Standby has a much more relaxed atmosphere to it, almost pop-rock but in a much more dynamic way. The vocals from Jakub and Beata are composed and easy going giving the song a laid-back and serene nature. There’s definitely a touch of Porcupine Tree and even The Pineapple Thief to this track as it goes a bit darker at the end with a fantastic riff and fiery solo adding real menace to it.

The longest and heaviest song on the album is also the final track and boy does it blow you away! The Wisest Man on Earth starts to crank up the tension with eerie keyboards and bass adding an ominous feel, very Tool like. Bass is really king at the start and Tukasz gives it his all, making the tension almost unbearable. Jakub’s demonic vocal just adds even more shade and darkness before a monstrous riff erupts from the bowels off the earth and nearly takes your head clean off. This is proper heavy rock with a touch of doom metal thrown in just because they can and I really like it. Never mind blowing the cobwebs away, this riff will eviscerate the spiders! Jakub shows the incredible versatility to his voice and I get the impression he really enjoys giving it large on this song. There’s a quieter section, Jaukb’s vocals still low down and brooding, before a superbly dark and delicious guitar solo fires from the dark pits of Hades and the song closes out in a sinister and portentous way, brilliant stuff!

Retrospective produce music that is aggressive and forceful and yet knowledgeable and perceptive in places, this is progressive rock at its heaviest and most intense. There is something for everybody and it is a release that will restore your faith in Progressive Metal. ‘RE:SEARCH’ is chock full of compelling and intelligent music that makes you feel alive again and I cannot recommend it highly enough.