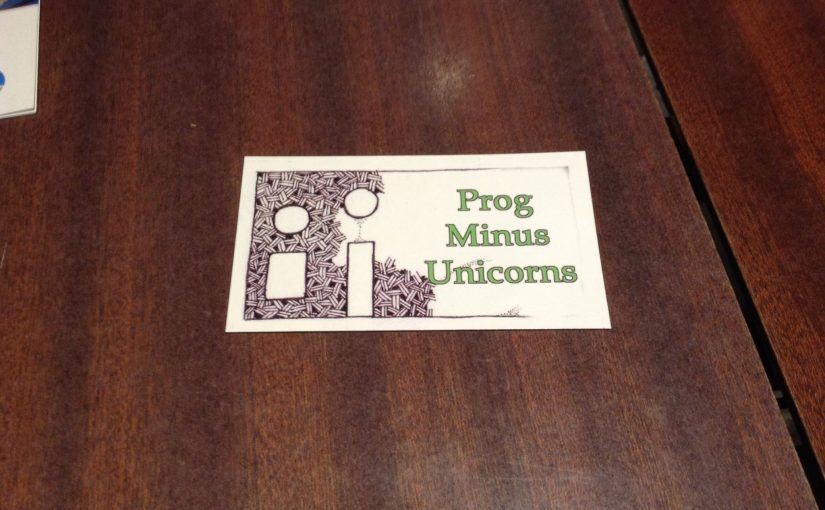 An incredibly inventive and eclectic due of Matt Deacon and Chris Jago, The Bob Lazar Story have been purveying their own unique blend of tritonal wankery since 2006, and this their latest magnum opus (that’s an Irish PI cat eating an ice cream to you and I) is now out on the Bad Elephant label.

Home to such instrumental wizards as The Fierce and the Dead and The Brackish, The Bob Lazar Story’s blend of prog, metal, fusion and huge dollops of humour fits right in with the labels ethos. Despite the fact that Matt is in New Zealand and Chris is in Los Angeles, the tightness of their playing, and the way they interact sonically with each other and the material makes it sound more like they recorded it together after a night rearranging all the genre sections in an HMV.

Frank Zappa once asked ‘does Humour belong in music?’ and I have had this debate with various people online and in the real world equivalent of Facebook (The pub!) and some po-faced Joe’s who think music should be serious and revered and played with a straight face disagreed mightily with me.

Whilst they have that opinion, they are, quite frankly wrong.

When you have the musical playfulness of ‘Baritonia’ bouncing out of the speakers at you, it’s clear that these guys know a) how to play and b) know how to play.

There is a lightness of touch and knowing wink in a lot of this album, and with titles like Toptop Switcherooney, Elbow Patch Man, In The Woods with Tony Iommi and Escape Tits it looks like that a) they revel in the absurd and b) have been reading Simon Godfrey’s twitter feed.

You can have fun in music, whilst still respecting the art form, and this is where the Bob Lazar Story’s strengths lie.

They jump gleefully from sound to sound, building some epic pieces, like the wonderful LOL, Defiantly with it’s classic synth sounds, or the aforementioned In The Woods with Tony Iommi, which is one of those walking holidays that could turn into either heaven or hell.

Mining their own rich seam of inventive, playful and joyous instrumental music, it’s hard for us reviewers to lump this into any genre because I think they’re a one band genre all by themselves, and as you listen to tracks like Make it Like It Used To Be the squelchy synths and rollicking riffs put a great big daft grin on your face.

Pop this into your ears and enjoy as another wonderfully exciting chapter in the Bob Lazar Story has just been written.