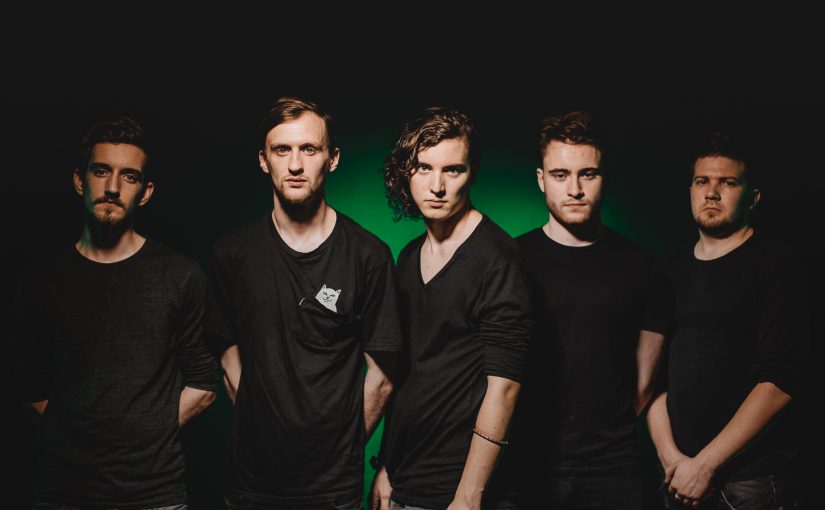 A band so new they have not reached their first birthday release their first EP and stamp a clear identity on the music they create. Based in Reading, self defined Prog Metalcore band Arcaeon give us 4 songs and try to show the variation and style they are writing and performing.

The album opens with Endeavour and a deceptive ethereal guitar riff and what I assume is guitar synthesised melodic line that begins to intensify and then drops into a power chord and heavy bass line as William Alex Young begins his vocals. Like a shock trooper in a musical war he hits hard and strong with deep and rasping tones for the first verses and to reinforce the Prog credentials the Metalcore shifts, the manic becoming calm and the storm fades. A voice not entirely dissimilar from James Hetfield comes from the speakers but, like the eye of a hurricane, that passes and the storm returns.

Fade has a similar mix of vocal styles and rhythm variances with harmonies and screaming and pounding bass lines. It is intricate and technical along with a high level of skill involved, the discipline and control involved is impressive. The contrasting use of clean vocal harmonies and the intense growling gives an interesting and additional element to the music. The guitar lines shift from frenetic then calm soloing eases the mind lulling it into a false sense of security. Mind’s Eye opens up and immediately I am reminded of Maschine’s last album and Kyros, tight and melodic before they shift into the powered vocals for the verse and an out of nowhere a guitar solo that comes straight out of the classic rock playbook. There are moments when the intensity relaxes and shows that these guys are capable and talented musicians and can deliver more than just one style.

Dysaxis opens with a dial up modem connecting and drops into a similar pattern of mixed rhythmic and bass driven sound with the guitar and effects dancing round it! Eifion and Joe are in tune with each other totally.

Arcaeon are one of the increasingly large number of band that are coming from influences such as Muse, Animals As Leaders, Opeth and TesseracT rather than the route of bands from 40 years or more ago. They are young, keen and ambitious and appear at first glance to have no real connection to Progressive Rock in the traditional way. It was inevitable that the “golden age bands” would lose their grip as an influence as time distanced them from young musicians. BUT they draw from bands that had those bands as influences, so the experiences are second hand and so less precious to them. The metalcore aspect will not be for everyone but it does have merit and skill and is progressive. They are learning their art and will grow and that will be an interesting journey to follow. I can see this being a great and powerful live experience as well.

This is not music for the faint-hearted neither do I think that the fans of the pastoral and symphonic silo of the Prog genre will enjoy this EP. Fans of Opeth, Dream Theater, Ne Obliviscaris and Animals As Leaders will find something to love here. This is one area of the Progressive Rock movement that is getting young and talented bands coming through more and more. They have a young audience too, I think if any band will break through the wall into mass acceptance it will be Arcaeon or of their ilk.