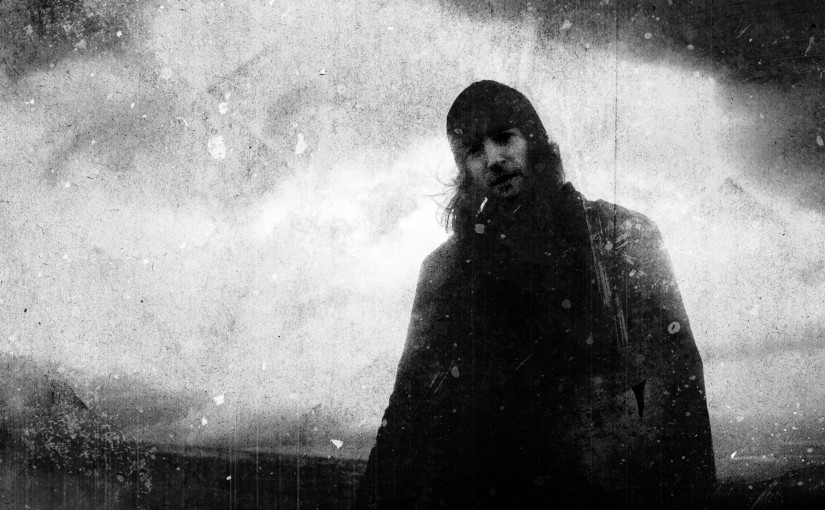 There is a place in music for everything. There is a place for quiet and contemplative and a place for upbeat and energetic. Heartwarming and heartbreaking can be found in every listener’s record collection. I mean, even the blasted wasteland of thrash and death metal will float quite a few people’s boats somewhere.

Yes, as individuals we can shut ourselves off from what we dislike to concentrate on the music that resonates and innovates our souls but, that doesn’t mean there isn’t someone, somewhere who really appreciates that which we do not. Yes, even chart music, the anodyne, tasteless blurb that blasts out from shopping centres all across the world, even that has its place, much as it pains me to say it.

As  a music reviewer I try to cover a hell of a lot of bases and keep my musical tastes varied and relatively indiscriminate. I like the beauty and soul that emanates from a lot of progressive music but, then again, I also like the hard hitting and innovative too. And, sometimes, I just like to listen to something that blows my bloody socks off and tries to remove what little hair I have left.

One artist whose music resonates with me for its power and deep down raw energy is John Bassett. English multi-instrumentalist, singer-songwriter and producer John hails from Hastings in Sussex. He first came to my notice as the driving force behind the Progressive Rock band Kingbathmat who are well known for their style of prog that combines cutting vocal melodies with sledgehammer riffs and psychedelia.

As well as the eight albums he has released with the band, John also released a brilliant, acoustic based, solo album ‘Unearth’ last year but, it is John’s other solo instrumental project, Arcade Messiah, that is the centre of attention for this review.

The first, self-titled, Arcade Messiah album was released last year to wide acclamation. I penned these words about it, “Dark, bleak and full of despair it may be but, when it is this good, that pales into insignificance as one of the UK’s premier progressive musicians re-invents himself with assured aplomb once again.” It was also bloody monstrous, a huge tapestry of immense musical brilliance and John is just about to release the follow up to the album, imaginatively titled ‘Arcade Messiah II’.

John was surprised by the success of the first album and that spurred him on to record the follow up, hopefully bigger, better and more refined but without losing the edginess of the first release.

Produced and recorded by him in his studio in Hastings, it has quite a lot to live up to….. John has gone to the unusual lengths of releasing the download for 99p but, it is the CD version that I review here. This includes a near nineteen minute cover of The Four Horsemen by Aphrodite’s Child. There is absolutely no way I was missing out on that!

First things first, the artwork, absolutely stunning and carrying on the style first encountered on the debut Arcade Messiah release.

The main album is eight tracks of near-perfect instrumental hard rock with an infinite depth to it. Opener Moon Signal is a perfect marker for what is to follow with its restrained opening, the resonant guitar sound of John Bassett instantly recognisable. When the thunderous riffs and almighty drums kick in, it is enough to knock you back a step or to, immensely powerful and not for the faint-hearted. You feel yourself surfing on a huge wave of sonic dominance and you know you will fall off the wave eventually so enjoy the ride while you can. There is no let up to the ferocity of the precisely engineered music and it is highly addictive, please approach with caution. Red Widow carries on in a similar vein, this time with a menacing background aura to it. Compelling and commanding, it has a real heavy metal riff running throughout it, a sound that is granite hard as it hits you from all sides. Believe me when I say it is like a beautiful aural assault and one that you cannot back down from. It is like staring into an endless, limitless abyss and still jumping in with no safety line, obsessively habit-forming.

Taking the mysterious route, Black Dice Maze opens up with an enigmatic guitar note, lighter, lithe and agile. It is almost hypnotic in the way that its featherlight tendrils touch your synapses, leaving you in a calm and collected mood. The complete antithesis to what has gone before it would seem but, wait, all is not as you would presume it to be and another monstrous riff kicks in and drags you along in its wake. The mercilessly incessant drums and quick fire licks hook you in and steal your soul as this roller coaster ride of instrumental inventiveness carries you away on an influx of musical torque only to leave you exhausted on some metaphorical shore. Will there be time to catch your breath? It would appear so as the gentle undulating calmness of the guitar introduces Gallows Way, an altogether much more serene proposition. A tranquil and harmonious contrast to the intense maelstrom that has preceded it. At three minutes, a relatively short but perfectly placed respite and one that allows you to collect your thoughts before moving on to more of the dangerously addictive towering musical force that is Arcade Messiah. Fourth Quarter strides confidently into the room on the back of a coruscating guitar and stylish drum beat. Almost like a mind control drug, you find yourself focusing on that astringent guitar note as it overwhelms your very being. A guitar-led break impacts with even more of the bleak, barren grace that radiates from this track. Reminiscent of a post-nuclear landscape that has been scorched and left with a naked and raw beauty, this song really impacts on your soul. Just over one minute of refined, statuesque refinement, Via Occulta packs a lot of intent and meaning into a very short timescale, I just wish it was longer.

By the time you reach the sixth track, you are comfortably ensconced in the metaphorical musical seat that John Bassett has provided for you. Read The Sky is another intensely acute listening experience that washes over you as if you were a gravel shoreline being assaulted by rolling Atlantic breakers. Meticulously created riffs from another planet hit you from every angle leaving you a laughing, maniacal wreck, the experience is vivid as your synapses reverberate with the brilliantly vivid soundscapes created by this innovative musician. Almost like a meditative come-down, the introduction to Start Missing Everybody is an esoteric opposite to the general atmosphere with a guitar note that feels like Ennio Morricone could have invented it. Hold your horses though, the thunderous musical train is on the track and coming your way with no brakes, the final run out of the song pulverising your senses before it comes to an abrupt close.

So, onto the CD bonus track and the cover of The Four Horsemen by Aphrodite’s Child. Perhaps with more of a feel of KingBathmat to it, it is quite an impressive musical odyssey. Mesmerising guitars and dynamic drums and bass combine to deliver one of the best tracks of the year. You really do get lost in the striking grandeur of the music, a wide-ranging vista of imposing melodic inspiration and sagacity and one that takes over your world for the nineteen minutes of its duration. ‘Arcade Messiah II’ takes all that was good with the first album and enhances by taking the raw, coruscating energy of the first release and developing it into a superb sound that, while holding nothing back, is full of nuances and intelligence. A ‘Wall of Sound’ that makes Phil Spector’s look like a diminutive picket fence and it is quite possibly the best thing this highly talented musician has ever produced.

KingBathmat frontman, and the mastermind behind the Arcade Messiah project, John Bassett has announced the follow up to the first, self-titled, release….

“Hi everybody, I will soon be releasing the follow up to last years Arcade Messiah album. ‘Arcade Messiah II’ will be released end of November/early December